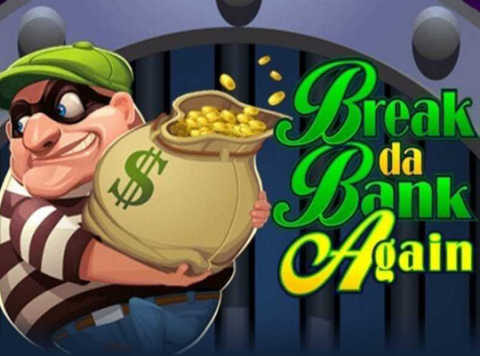 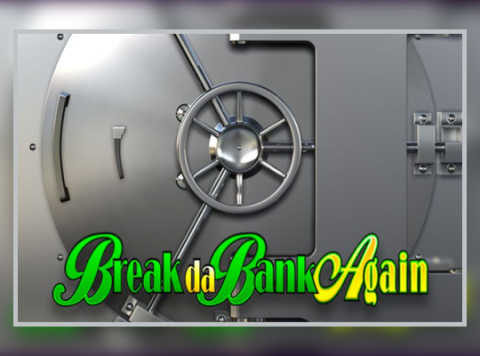 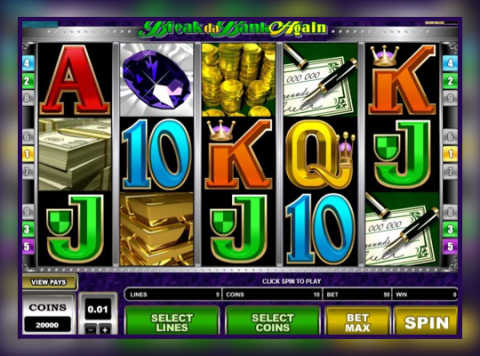 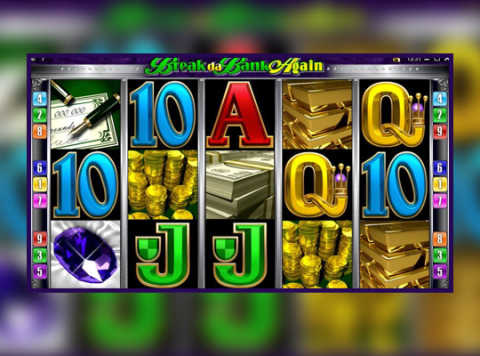 Released in April 2008, “Break Da Bank Again” is a popular 5-reel, 9-payline video slot from Microgaming. The game marks the second in the series, following the original 3-reel, 5-payline slot “Break Da Bank” and sticking with the same banking theme while modernizing the game for the late 2000s.

“Break Da Bank Again” was released in 2008 following a long wait from the original game in the series, “Break Da Bank” which is really starting to show its age (have a quick look and see for yourself).

But the new game has plenty of players wondering where it all started, and with over 10 years between the newest two versions of the game, how much has changed in the “Break Da Bank” series?

Brushing up on your slot skills is always a good idea, especially before logging on and playing a true gaming classic.

The older video slots, similar to the newer ones, are incredibly intuitive and players won’t have to do a huge amount of research before they’ve cracked the code and know how the game works. However, for the less-experienced slot player, it might be beneficial to quickly cover the basics.

As with any video slot, it’s the betting options that you’ll have to battle with when playing “Break Da Bank Again.”:

Players will usually find it easiest to jump straight into the games and learn as they go - but a little advanced knowledge has never hurt anyone.

When it comes to the different number of ways to win, players won’t be finding countless different paylines and combinations like they’d expect to find in some of the newer slots, but rather just nine paylines.

Although the wins won’t come in thick and fast at Break Da Bank Again, it’s clear that when players are winning, they can win big and do so with relatively small minimum wagers, making it a game that suits the everyday slot enthusiast, not just the high rollers.

There’s plenty of chances to play Break Da Bank Again from plenty of different casinos - all you’ll have to do is find a site offering Microgaming video slots.

With so many different casinos offering games from that provider, it won’t be a difficult task!

Unlike a lot of newer slots, the bonuses and features available in the game are somewhat limited, with just two or three main bonuses to look out for when playing.

The “Break Da Bank Again” logo is the wild symbol found in the games and can substitute any of the symbols (except the vault) to award complete payouts when looking for combinations.

Typical of Microgaming slots of this era, with the trigger of three or more specific symbols, in this case the vault symbol, players are able to see a number of free spins with an additional multiplier.

“In Break Da Bank Again,” players will receive 15, 20 or 25 free spins for 3, 4 or 5 vault symbols appearing on the reels. Players will see a huge 5x multiplier during this bonus and will be granted a further free spin every time a further vault appears on the reels.

There’s also the chance to claim all scatter wins multiplied by the total bet staked, but payers are not able to retrigger more free spins when in the bonus feature.

Although the bonuses have stood the test of time and are still great today, it’s still safe to say that we’ve come a long way in a short time since Break Da Bank Again was released.

At the end of the day, it’s the player’s thoughts and feelings on the game that really matter.

A slot may have the best systems, the best payouts, and the best celebrity endorsements, but if the players aren’t happy with the game, it won’t be something that we can recommend.

Luckily, when it comes to “Break Da Bank Again,” we see the slot boast plenty of great reviews.

For some players, “Break Da Bank Again” is one of their all-time favorites, supplying adrenaline-fuelled play from small wagers that generate big and satisfying wins.

“The biggest win I ever got on free spins was around €70 on a €0.09 bet. That is a great result for such a small bet and I didn’t get five of a kind on them. If you do get five of a kind on a bigger bet you could win tonnes. Overall the game is very cool and is one of my favorites. I recommend it to all and would rate it 9 out of 10.”

“Microgaming is a big name in online gambling and slots like Break Da Bank Again don't get the attention they used to before all better ones come out but this slot will always have my attention at least for wagering purposes. First payouts are good 8/10, second fun on Break Da Bank Again slot I rate 6/10, and win big with a small chance, I rate it 7/10.”

When it comes to the cons, the majority of the player reviews that we’re seeing are based on the game becoming outdated rather than unenjoyable - something that we see regularly with these older slots.

“It's a slot that gives me a hit or miss for winnings, a matter of winning or losing my bets. If I had nothing to lose and won about $100 from free spins on the max bet, I would try to double it just to feel the thrill of the unexpected using the gamble feature! Now that the future is evolving this slot does not suit me anymore because there is a Mega Spin - Break Da Bank Again which is a lot better than the original!”

“I consider Break Da Bank Again to be one of the best Microgaming-slots for wagering your bonus or raise your balance, if needed. Because minimum-bet is just 9 cents, I have played Break Da Bank Again to increase my balance to over 3 euro from that slot. I have since left Break da Bank Again and started to play those 243-ways to win-slots, like Immortal Romance or Thunderstruck II, which are much more exciting and where you can win much bigger.”

Although there’s a lot of good things to say about the slot, the player reviews highlight the newer and improved slots tending to push “Break Da Bank Again” to obsolete status. Put simply, there are too many newer variations that do the same job just a little better.

Although that shouldn’t put you off playing “Break Da Bank Again” to get a feel for what the older games offered, it does suggest that we’re moving onwards and upwards past the older Microgaming slots.

Regardless, if you’re wanting to try out the older games for a little bit of nostalgic action, there’s no reason not to give the old slot a shot!