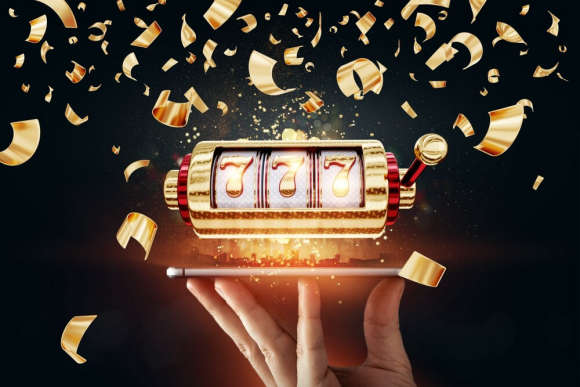 Consumers look forward to the Halloween season because of the numerous offers and promotions lined up to impress buyers. For Yggdrasil and Bang Bang Games, there could not be a perfect time for the release of a new Halloween themed slot. Jekyllz Wild Ultranudge is the new kid on the block and according to an online source features 40 pay-lines, a dedicated money collect feature, free spins, and the Bonus Buy option.

Yggdrasil is known in the gambling industry as a world-class casino gaming content provider that offers entertaining, breathtaking, and innovative games. Those who have interacted with games by this developer describe the releases as boundary pushers. By joining forces with Bang Bang Gaming, an experienced game design and development house Bang Bang Gaming, the market should put a high stake in the quality of the Jekyllz Wild Ultranudge title.

The creation of the just released 5×3 slot was inspired by popular Dr Jekyll and Mr Hide story no wonder its release was set to align to the Halloween season. Quite frankly, this was the best time for the release of the slot into online casino lobbies just in time for the spooky season lovers to get wowed. Halloween lovers are ever looking for new and fresh ways of celebrating the holiday and this themed game is bound to be a life changer.

The volatility of the slot is quite high and so is the maximum win amount of €254,000. Considering that the minimum bet is just 0.20, this appears like a slot that will transform the lives of many ordinary casino players in an instant. The invitation to play is out and no one will be left out if they really love to play. By choosing to play the Yggdrasil and Bang Bang Games slot, players voluntarily set foot into the mysterious laboratory owned by the infamous Dr Jekyll.

Even for those who have no idea who the characters of the game are, the eerie plot will keep you on the edge of your seat. When you feel like the day is going slower than you would wish, this is the title to keep you engaged as you pass time. There is no instance of scary surprise in this game but you will constantly be wondering what is coming next. The most important component is to keep an open mind; fun is in everything.

If you want to see his magic in action, look out for the unexpected turning of the Dr as he turns into Mr Hyde; the transformation translates into the pumping out of some huge wins. This is particularly true upon the engagement of the special Ultranudge feature. Once this has taken place, all wins where a wild symbol has been featured, either represented by Dr Jekyll or Mr Hyde are nudged down a single spot on the reels.

This mode of play is a boost of chances for those who play this game because it offers an extra chance of getting their hands on the bonus feature with each new winning spin. The nudges have been programmed to go on until the point where no more wins are possible.

Commenting on the success of the new release, head of product and programs at Yggrasil, Stuart McCarthy, explained the company’s decision to introduce the game to the public over Halloween season. The nature of the main characters has been described as devious and Jekyllz Wild Ultranudge matched the season perfectly. McCarthy encouraged players to constantly look out for “the nefarious Mr Hyde” symbol because of its ability to boost the multiplier thereby guaranteeing a large win.

The Managing Director of Bang bang Games, Frank McPolin, weighed on these sentiments adding that their developers are always looking for the best ways to preserve the reputation of the gaming studio. By deliberately creating avenues for exciting players through innovation, all the casino games churned out of this development stable are able to live up to a high standard of thrill for casino customers. According to McPolin, the Ultranudge feature gives the game a fun experience with great potential to win big.

Players of the Jekyllz Wild Ultranudge will soon come across a special feature known as the potion cash. The only thing they are required to do to benefit from this feature is to look out for a potion symbol with a cash value attached to it. The value of these symbols can be as high as 50x and will be a significant boost to any winning combo that comprises of the Mr Hyde wild symbol. All the symbols on the reels that identify with Mr. Hyde have the potential to increase the game’s multiplayer by 1x with each Ultranudge.

The game comprises 3 symbols that will reward players with free spins and unlock the Ultranudge feature for random wins taking place within a round. Before players can take part in the free spins round, they are permitted to place bets in exchange for a 10x valued Mr. Hyde multiplier. There are jurisdictions that allow players to jump directly to the bonus round if they access it through buy mode. Needless to say, Mr. Hyde multipliers will continue growing to the point of nudged off the grid.

Towards the close of September, Yggrasil launched Calavera Crush, a gaming slot inspired by the Day of the Dead theme and loaded with multipliers. Alongside the Peter & Sons brand, the company also launched Voodoo Hex, another mystery-packed slot title that features scatters and Mystery Stack Respins.

If you have noticed that games and titles developed as joint projects are of superior quality and match customer preferences more, then you blew the lid off new-age collaborations in the gambling industry. The idea of two more companies or brands coming together to create an epic product is now new; the outcomes have been revolutionary.