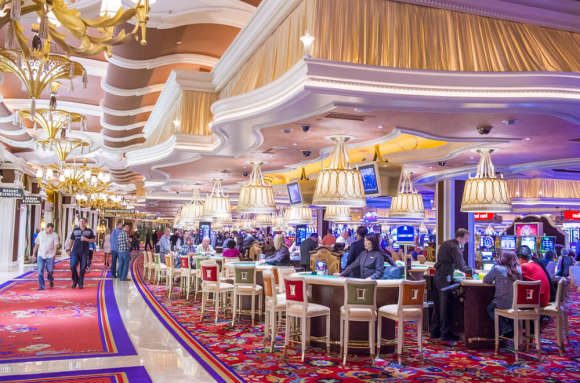 The entire tournament will consist of more than 90 tables, which makes the Summer Classic Poker series the biggest poker tournament that Wynn Las Vegas has ever hosted. The tournament hopes to attract scores of professional and seasoned amateur poker players from all over the world, who have all been looking forward to an opportunity to meet in a tournament without social distancing measures.

If everything goes according to plan, the Wynn Millions Tournament will not require any Plexiglas dividers as has become the norm during the pandemic. This is because Wynn, alongside its other property Encore, recently received approval from the Nevada Gaming Commission to operate at 100% capacity thus becoming the first casino on the Strip to receive such an endorsement.

In total, the participants of the series have an opportunity to walk away with more than $16 million in total prize money. Some of the other smaller events included in the series consist of HORSE, Pot-limit Omaha, Omaha 8 or better, as well as a number of seniors, as well as ladies’ tournaments.

While everyone’s sights will be on the $10 million tournaments, this is not the only huge tournament that the Wynn is hosting during the summer. The brand is also going to host the Wynn Signature Series, which is set to run from May 27th to July 12th. The Signature Series will be made up of more than 30 poker tournaments which promise $16 million in winnings.

The highlight of the DeepStack Championship will be the $5,000 buy-in WPT Venetian that guarantees $3 million in winnings. Although this DeepStack Championship is expected to draw a lot of participants, it likely will not surpass the Wynn Summer Classic audience draw as it offers a higher price guarantee and more tournaments to choose from.

The Wynn brand has a strong foundation in place for success

Wynn Las Vegas and its adjacent brand mate Encore became the first hotels in Vegas to receive approval to operate at 100% capacity. Both these hotels are situated on the east side of the Strip where the demolished Desert Inn used to stand. Other casinos in Southern Nevada are soon expected to receive the same consent.

Wynn received the endorsement after it managed to ascertain that 88% of its workforce has been fully vaccinated against the pandemic. The 2 Wynn brands received the nod from the Nevada Gaming Control Board, which means that they can operate at full capacity just like they did pre-pandemic.

What does this mean for guests and punters? Guests of Wynn Resorts and Encore will now access the gaming areas without having to social distance. At table games and slots, the Plexiglas dividers that have become the norm in the retail casino world will be taken down.

Despite the endorsement to operate at full capacity again, the guests and employees at Wynn and Encore will still be required to wear cloth coverings. This shouldn’t be a problem for its employees, who were all mandated by the resort to get the vaccine. Employees that failed to get vaccinated received disciplinary action.

As a result of the mandated employee vaccinations, Wynn and Encore are now 2 of the safest vacation destinations in the country. This is an important consideration for anyone looking to travel to Vegas as the pandemic is still ravaging certain parts of the country despite the increased vaccination efforts by the government.

In Nevada, Governor Sisolak has referred to the continued vaccination process as a major component of Vegas’s road to economic recovery. Other casinos in Vegas have also been encouraging their employees to get vaccinated. For instance, the Cosmopolitan of Las Vegas offered bonuses for any employees willing to get inoculated. Boyd Gaming, on the other hand, offered their employees time off for getting jabbed.

It is Governor Sisolak's ambition to have the entire state operating at 100% by the 1st of June. Amid a successful health crisis and an improving economic backdrop, things can only go up for Wynn from here.

While the energy in Vegas seems to be buzzing with news of returning to regularity on the Strip, Macau still remains a huge component of the Wynn global brand. Wynn Macau and Wynn Palace are both instrumental to the brand’s overall revenue as they are both located in the world’s most lucrative casino market.

The good news is that the Wynn brand in Macau continues to perform strongly with gross gaming revenue in Macau up by 58% in March 2021. Like Vegas, the region is seeing a boost in visitation numbers from tourists arriving from Mainland China thanks to eased restrictions.