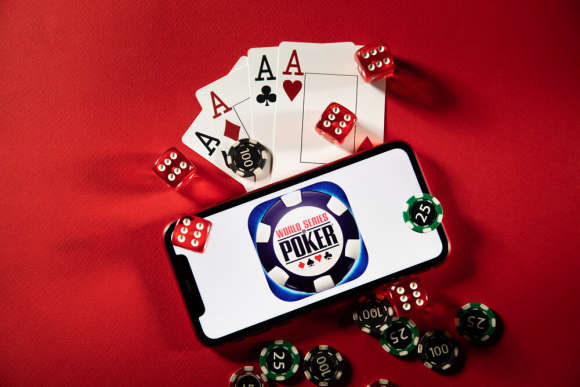 WSOP has launched a brand new initiative dubbed #roadtothetable that will see 14 social media influencers competing for the renowned WSOP crown. The World Series of Poker and Playtika have teamed up for this initiative with the first phase launching in the US. Several more phases are expected to follow in the 8-month-long campaign.

WSOP is expected to share the identities of the influencers that will be involved in the initiative. The 2 brands will go live on Instagram to announce which influencers have been selected to take part. During the Instagram live, poker lovers and fans will get to watch the selected influencers open secret boxes that will reveal who they will be competing against.

This way, the audience can react to the participants as well as share their input and comments live and direct. So which influencers are Palytika and WSOP expected to pick? The two brands have revealed that they will be picking influencers and social media personalities from a range of niches including fitness, filmmaking, sports, comedy, as well the automotive industry.

The influencers will be divided into 5 teams before being paired up with real-life WSOP champions and mentors. These mentors will help the novice and inexperienced players master the rules of poker, as well as help them come up with winning strategies. The tips, tricks, and strategies that will be taught by the mentors will then be put to full use in December when the teams will compete against one another face to face.

The location in which the competition will be held is still yet to be disclosed though. The WSOP brand will take its customers, as well as poker fans behind the scenes of the #roadtothetable. This will include videos, as well as offer fans exciting opportunities to interact with their favourite influencers and mentors. This one-of-a-kind 8-month-long campaign will help WSOP introduce online poker to a wider audience from an array of backgrounds.

WSOP set to kick off in May

After enjoying 17 long successful years at the Rio All-Suite Hotel, the World Series of Poker finally moves to Bally’s, the Paros Las Vegas Casino, as well as the Horseshow Casino. The 53rd running of the WSOP will kick off this May 31st in Las Vegas. The tournament will run through to July 20th.

Now that WSOP has been moved to a new, bigger space, the tournament series will have more capacity than ever. By using both casinos, WSOP will have access to a massive space spanning 150,000 square feet, which will be filled with at least 600 poker tables. Poker players will take part in an array of events with all sorts of buy-ins starting from $400 and shooting as high as $250,000.

The Main cage during the series will be located at the Paris Las Vegas while the TV set staging will be held at Bally’s Event Center. The 2 buildings are connected and share a parking garage, which will give both the participants and the guests easy access to the building. On opening weekend, poker players will be given a chance to participate in the Housewarming Event.

The Housewarming Event will feature a modest $500 buy-in and a massive prize pool guarantee of $5 million. The Main Event will be one of the most anticipated events this year with its $10,000 buy-in and entertaining No-Limit Hold’em World Championship set-up. Last year’s Main Event attracted more than 6000 entries and it is expected to surpass this number this year.

The Main Event is scheduled for July 4th and will last through to the final table which will take place between July 15th and 16th. 2022 is a particularly exciting year for WSOP since this will be the first time that the event is being held on the Las Vegas strip. The schedule this year is jam-packed with first-class events to make 2022 one of the most exciting WSOP tournaments yet.

WSOP will work hand in hand with CBS Sports, which will provide daily streaming on PokerGo. CBS will televise 18 various bracelet events and will feature more than 15 hours of coverage on the Main Event. This means that those who do not make it live to Vegas will still enjoy the chance to take in all the action.

A few weeks ago, WSOP concluded the Spring Circuit Online Series. The Series was a triumph, spanning 3 weeks during GGPoker’s 5thedition of the circuit series. This was the 6th series to boast at least $1000 million in guaranteed cash prizes.

After close to 4 weeks of play, the series concluded with a total cash prize of $132 million, which was awarded across 974 tournaments. The tournament managed to attract close to 1 million participants. A considerable chunk of the prize money was produced across 10 marquee events, which each beat their guarantees. In the end, the series would payout at least $32 million.

In March, WSOP launched its services for poker players in Michigan. Michigan is now the 4th state in which the brand operates, in addition to New Jersey, Pennsylvania, as well as Nevada. With WSOP now being live in Michigan, punters in the state will also be allowed to take part in this year’s WSOP in Vegas. As part of its new operations in Michigan, WSOP signed Joe Cabda as its brand ambassador.

Aside from the WSOP being held on the Vegas Strip this year, WSOP and GGPoker also launched a brand new online poker site in Ontario. The new online poker site dubbed WSOP.CA will utilize GGPoker’s software and will offer participants in Ontario a chance to take part in WSOP events. Poker players in Ontario will also enjoy the opportunity to access satellites to major tournaments on the online site.

As the 2022 WSOP inches closer and closer, the brand will keep sharing further operational details for this year’s event. The first series will follow all CDC guidelines relating to the pandemic. The good news though, is that there is no vaccination requirement this year.