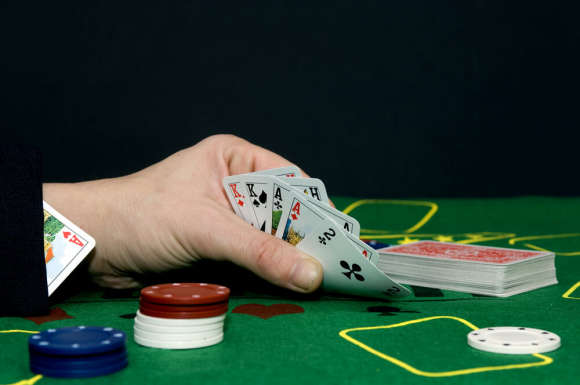 World Series Of Poker Concluding Amid Accusations of Cheating

World Series Of Poker Concluding Amid Accusations of Cheating

The 2022 WSOP Main Event was recently concluded. Even though this year’s edition was a much bigger success compared to the previous pandemic-riddled editions that have been organized over the last 2 years, the 2022 WSOP wasn’t without its shortcomings. For instance, the tournament, which took place on the Vegas Strip has been marred with accusations of cheating thanks to the participation of controversial pro-Ali Imsirovic.

Ali Imsirovic is a Bosnian-American professional poker player that’s based in Vancouver Washington. Ali was accused of cheating by a fellow pro by the name of Alex Foxen, who tweeted in a post on April 17th that Imsorovic was a cheater. Although the accusations were quite raw at the time, Imsirovic did not respond to them, which only further fuelled the flames of controversy.

Foxen made many accusations regarding Imsirovic’s integrity as a professional poker pro. Foxen accuses Imsirovic of peeking at other participants’ hole cards. He is also accused of relying on real-time assistance software, which apparently guides poker players on how to handle various hands. In many online poker sites around the world, the use of such software is considered illegal.

According to Alex Foxen, almost the entire high roller community regards Imsirovic as a cheater even though no one has ever provided concrete proof. Foxen is also a recognized high roller that has amassed more than $21.6 million in poker competitions. Apart from accusing Imsirovic of using real-time assistance software, Foxen also claims that Imsirovic regularly makes use of multi-accounting, chip dumping, and ankle shooting whenever he takes part in live poker tournaments.

Specifically, Foxen identified an incident during the recently concluded Super High Roller Bowl with a $250,000 buy-in where Imsirovic purportedly cheated by looking at Paul Phua’s cards. According to Foxen, Imsirovic’s demeanor also looked strange as he played the entire tournament in sunglasses, which is said to be unusual for him.

Once Foxen made the tweet, several other poker pros also stepped up to chime in on the accusation. Even though a few backed Foxen’s charges, none of the professionals supplied hard evidence. Some of the poker pros that chimed in on the situation include Matt Berkey and Mike Matusow.

But Imsirovic isn’t the only one that was accused of cheating during the 2022 WSOP. According to reports, fellow pros Bryn Kenney and Jake Schindler were also plagued by cheating controversies.

Last year, Ali Imsirovic was named the GPI Player of the year where he took home 3 awards during the awards ceremony. Imsorovic took home the GPI Poker Player of the Year, PokerGO Tour Player of the Year, as well as the Players Choice for Toughest Opponent awards. At only 27 years old, the high-stakes tournament player boasts more than $18 million in cashes spread over the last 7 years.

Today, Imsirovic is ranked number 1 and he shows no signs of slowing down. In 2022 alone, Imsirovic has already cashed 23 times; 10 out of which resulted in 6-figure cash prizes. In 2020, the poker player was banned by GGPoker for the use of RTAs, which is what Foxen is accusing the player of doing during this year’s WSOP. GGPoker banned Imsirovic on September 30th in a campaign that was dubbed the battle Against Real-Time Assistance.

But even the cheating charges could not keep the poker pro away from the 2022 WSOP. Imsirovic fought hard against other pros but was sent packing during event 50. This was a Super High Roller No-Limit Hold'em tournament that had a $250,000 guarantee.

Despite the rampant rumors of cheating, the 2022 WSOP was a wild success. For the very first time this year, the tournament was held on the Vegas Strip moving away from the off-strip Rio resort downtown. The 2022 WSOP kicked off on May 31st Paris Las Vegas and Bally’s which are connected by an interior walkway.

This year, the Main Event was a no-limit Hold’em championship with a buy-in of $10,000. Thus final event saw 8,663 poker players signing up only 110 poker players less than the 2006 record.  Out of this large field, only 35 poker players made it to the main event with Jeffrey Farnes at the helm as the chip leader.

The Main Event was played in 2 parts. The first took place on July 15th while the second took place the following day. The winner of the tournament was crowned on the second day of the festivities. In the end, Espen Jorstad from Norway would be crowned this year’s WSOP champion.

In addition to beating the 10-person table, Espen also won the $10 million grand prize. Jorstad overcame Australia’s Adrian Attenborough with a full house of deuces during the final hand. The final 3 players of the tournament ended up being Espen, Attenborough, as well as Micheal Duek from Florida.

Duek was eliminated in third place but took home $4 million for his troubles. Owing to his championship title, the Norwegian WSOP champion is now the most successful poker player of all time in his country, surpassing the record that had been made by Felix Stephensen. Stephensen broke the national record when he was awarded $5 million during the World Series of Poker in 2014.

After the Norwegian was crowned the champion, he made an emotional call to his mother who resides in Norway. Jorstad, currently lives in London and when asked what he planned to do with his massive payout, the poker pro said that he planned to move up in stakes so as to take part in more high-roller poker tournaments. He also said that he intended to invest his winnings in cryptocurrency as well as various tech stocks.

WSOP is easily one of the most prestigious and longest-running poker tournaments in the world. The tournament sees thousands of poker players from all corners of the world taking part. As such, because of the large number of people that sign up, there are bound to be some controversies associated with the prestigious poker competition.