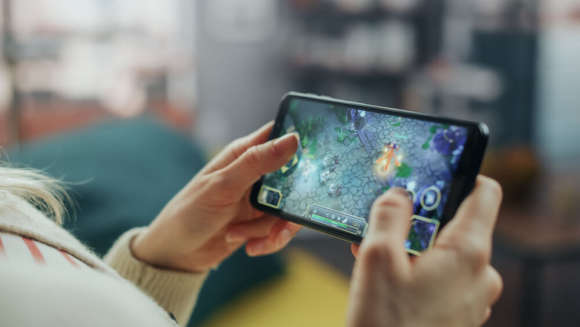 All the games to be supplied will be powered and hosted on the Fusion platform, which is owned and controlled by Pariplay. Wizard Games products have already been a huge hit with BetMGM customers in other states including punters in New Jersey. As such, this strategic partnership with BetMGM will go a long way in enhancing Wizard’s reach while also introducing its unique content to new sets of audiences and customers.

BetMGM also stands to benefit greatly from this collaboration. Not only will this partnership offer BetMGM a broader range of high-quality content to offer its customers, but it will also cement the brand’s position in the online casino market. Indeed, BetMGM is always looking for new ways to expand and introduce newer titles for their customers to experience, which consequently allows the brand to maintain its position as the top online casino operator in the country.

Wizard Games is operated by Aspire Global, which is one of the leading content and aggregator providers in the industry. Aspire debuted Wizard Games last year in November as its new brand for its world-class in-house games studio. Aspire introduced Wizard Games into the mix as part of its ambitious advancement plan to grow into one of the most highly sought-after tier one games studios in the world.

The proprietary games that Pariplay has been producing over the years have emerged as a huge hit among online punters. To meet the strong demand that the games have received, Pariplay decided to debut Wizard Games in order to take full advantage of the growth opportunities identified. Wizard Games, therefore, was designed to operate within the PariPlay network, as a unique business unit with an enhanced product and service.

Since Wizard Games has been operating as an individual unit, it has served new markets and customers thus providing the Pariplay brand with value-driven iGaming products. As it continues to grow and gain popularity among the different players, Wizard Games is working hard to position itself as the top aggregator and studio collaborator.

Wizard Games has been providing its wide away of products to all major gaming providers and operators that are willing to work with Pariplay. Today, Pariplay boasts some of the most varied offerings including more than 120 titles on offer for its customers. Wizard Games is also certified and allowed to operate in more than 15 regulated jurisdictions in North America, Europe, as well as Latin America.

To ensure growth in the North American market, Wizard Games has signed several more strategic partnerships this year. For example, in March this year, Wizard Games signed a partnership with Soft2Bet. As the aggregator and games supplier of many of the world’s best operators, this partnership will help Soft2Bet expand by providing it with its top-notch in-house studio content.

This partnership will be instrumental in helping Soft2Bet gain access to a series of games across several established gaming markets. This collaboration with Wizard Games will also enable Soft2Play to keep offering their customers an enhanced gambling experience on their site. Under the terms of this partnership, Wizard Gaming will provide Soft2Bet with several slot titles including Tiger Emperor, Gods of Kemet, as well as Wild Wild Pistols.

Wizard Games also struck a similar strategic partnership with the Scandinavian-based operator Paf. As a result of this partnership, Wizard Games will offer its full suite of proprietary games to Paf’s customers across various markets in which the brand is licensed to operate. Owing to this deal, Paf will have access to more than 100 of its slot titles including well-known selections like Teddy’s Tavern, Jade King, Rhino Megaways, and more.

From this partnership, Wizard Games’ reach will also improve considerably. Paf is licensed to operate in several lucrative European markets including Latvia, Spain, Estonia, as well as Sweden. To further strengthen its presence in the North American gambling market, Wizard Games also launched its content live to customers in Ontario.

Wizard Games was able to debut its services in Ontario after receiving approval from the Alcohol and Gaming Commission of Ontario. Similar to its other jurisdictions, Pariplay Fusion will power the integration. Pariplay already has a strong brand presence in Canada, having teamed up with an operator in Alberta.

Last year, Pariplay increased its international presence by signing a huge content partnership with Kaizen Gaming. Kaizen Gaming is one of the most popular Gametech companies in Europe, which will help Pariplay consolidate its position as the best aggregator of content. This partnership has already seen the brand’s in-house casino games, which have been produced in conjunction with Wizard Games, go live in several Greek cities like Stoiximan.

In November last year, Wizard’s popular titles were also introduced to new regulated markets in Germany, as well as Portugal. This European partnership has been instrumental in fueling the brand for continued growth and success.

The Pariplay brand is always on the lookout for new ways to grow and reach newer audiences. These strategic partnerships it has formed over the last few months allow it to do exactly that. In the future, Pariplay is likely going to keep developing relationships with partners that have impressive geographic reach in the markets that the brand is targeting.

For operators that are always looking for new ways to keep their customers engaged and entertained, partnering up with Wizard Games is a no-brainer. With its extensive collection of in-house and aggregated content that’s hosted on the brand’s Fusion platform, collaborating with Wizard Games is a great fit for all parties involved. Pariplay together with Wizard Games will continue to build its portfolio so that it can continue growing its vast geographical footprint.