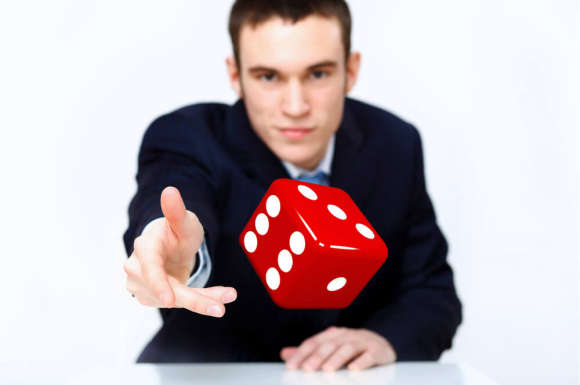 According to the Diagnostic and Statistical Manual of Mental Disorders, Fifth Edition (DSM 5), gambling disorder is a behavioral addiction. The DSM 5 is the official text used by mental health professionals to positively diagnose mental and emotional disorders.

This is the first time the DSM 5 diagnosed gambling disorder as a behavioral addiction; the DSM-IV called the issue "pathological gambling" and classified it as an impulse control disorder, not an addictive disorder.

For decades, the similarities between drug addiction and gambling addiction have been noted by professionals. However, whether or not substance addictions share characteristics with behavioral addictions remains controversial.

What Exactly is the DSM-5?

The DSM-5 is used as the standard diagnostic tool for evaluating mental disorders. The Diagnostic and Statistical Manual of Mental Disorders lists detailed descriptions, symptoms, and other indicators for diagnosing every mental disorder, including behavioral addictions such as gambling.

The first edition of the Diagnostic and Statistical Manual of Mental Disorders was released in 1952. The fifth and latest edition was released to the public in 2013.

For the fifth edition, the American Psychiatric Association called upon 160 mental health professionals worldwide to evaluate the newly revised disorders based on science.

This professional diagnostic tool is considered the "gold standard" for diagnosing mental and emotional health issues.

DSM-IV classified what is now designated as gambling disorder, as an impulse control disorder. However, what was formerly known as pathological gambling in DSM-IV is now classified as a behavioral addictive disorder.

Research has found that both pathological gambling and drug addiction involve underactive brain circuitry related to reward. Due to this, addicts often take bigger risks with both substance abuse and activities such as gambling. Similar to the same way that a drug addict needs more drugs to get the same high, pathological gamblers need to take more risks, betting more and more money.

To meet the definition of a gambling disorder according to DSM 5, a person needs to have four or more of the issues listed below, within the last year. These symptoms must also present alongside a "recurrent and persistent behavior of problem gambling:"

Those suffering from a DSM 5 gambling disorder can experience times when gambling isn’t really a problem. Bur, unfortunately, the irresistible urge to gamble eventually always comes back.

Moreover, gambling disorder DSM 5, as well as other addictive behavior in general, runs in families. Addictive disorders often begin during adolescence, but sometimes don't manifest until later in life. Men are more often to show signs at a young age, while women are more likely to show signs of addiction later in life.

Also, environmental factors contribute heavily to a gambling disorder according to DSM 5. Friends, family, and environment play a role in shaping the triggers that compel someone to gamble. Managing a gambling disorder DSM 5 involves identifying both external and internal triggers. An internal trigger could be feelings of depression or anxiety. An external trigger could be a place where the addiction began, watching a game, or a certain person. Gambling triggers must be identified, and either avoided or modified through therapy.

How Does Gambling Disorder Coincide with Bipolar Disorder?

It's undeniable that gambling can become a problem, leading to huge financial, relationship, and emotional problems. Also, it's treatable with similar methods as substance addictions. This has been demonstrated repeatedly, and as a result, gambling disorder in the DSM 5 is now recognized as a true addiction.

Some people diagnosed with bipolar disorder gamble obsessively during manic episodes. In fact, researchers have discovered that gambling disorder DSM 5 and bipolar disorder often co-occur. One study showed that 50% of all compulsive gamblers in the US also suffer from a mood disorder.

However, they eventually come down, sinking into a deep depression. At that point, they become acutely aware of the destruction their gambling has done to their lives. Unfortunately, bipolar individuals sometimes remember the thrill gambling gave them and go back to lift themselves out of the depression.

The treatment of bipolar disorder with medication often resolves gambling self-medicating behavior. This further demonstrates the link between gambling disorder DSM 5 and other mental disorders.

How is Gambling Disorder DSM 5 Different From Bipolar Disorder?

While it's undeniable that compulsive gambling can arise from emotional issues, it's also treatable like a substance addiction. Like drug abuse or alcoholism, 12-step programs and cognitive-behavioral therapy are successful treatments for gambling disorder DSM 5.

However, a study by the British Journal of Psychiatry found that among bipolar individuals, moderate to extreme gambling is four times higher than in the general population. So, it's undeniable that there is a connection between bipolar and gambling disorder in the DSM 5. But, the core issues need to be determined before making an accurate diagnosis.

Furthermore, people with a gambling disorder believe in personal luck, and that some people are just born lucky. They also believe in lucky charms, such as a lucky hat or a rabbit's foot. However, luck is usually  just out of reach, and compulsive gamblers have personal rituals to bolster their luck. Rituals could be things like saying a prayer.

Slot game designers use this magical thinking to their advantage, imbuing the games with magical, fantasy subjects. While ordinary people see slot game characters for what they are, fictional characters, a person with gambler disorder sees it very differently; they are often drawn into a fantasy world, really believing in the magical wizard, princess or pirates. They actually believe that a cartoon character is leading them to a hidden treasure. All they have to do is follow the clues, and stay the course.

Another pattern of disordered thinking manifests as "chasing losses”. Someone with a gambling disorder actually believes that they will win their losses back. Not only that, if they just keep at it, they'll hit that life-changing jackpot.

To compound the problem, “near-miss beliefs” are common. After losing, problem gamblers often ease their disappointment by telling themselves they “almost” won. Casino gaming developers also exploit this psychological characteristic. To the gambler, near misses justify more gambling, since in their mind, they came so close to winning. In fact, near misses are often even more emotionally and mentally stimulating, than actually winning.

Among the major factors that caused gambling disorder in DSM 5 to be classified as a behavioral addiction were brain imaging and neurochemical testing. That research supported classifying pathological gambling as an addiction.

In the way both gambling and drugs react with the brain, the studies showed they both shared much in common. The studies indicated that gambling triggered the brain's reward system in the same way that drugs and alcohol do. Deep with the brain is the ventral striatum, which has been shown to be involved in both rewards and addiction.

While their brains were being scanned, test subjects with gambling disorder engaged in gambling, and the changes in specific brain regions were documented. These scans highlighted the areas of the brain which were most active. In one study, pathological gamblers had less activity in the ventral striatum compared to control subjects. Also, while gambling and anticipating a win, pathological gamblers had less ventral striatum activity compared to normal people.

While the findings appear to be counterintuitive, researchers don't think so. They theorize that individuals with a gambling disorder have a sluggish brain reward system. Due to this, they're attracted to gambling as a means to stimulate the underactive reward circuitry in their brains.

Right now, it remains unclear whether brain anomalies lead to gambling disorder, or if problem gambling changes the brain.

Dopamine is released in the brain during enjoyable activities like eating, sex, doing drugs and for some people, gambling. However, the neurotransmitter is also released when the reward for a certain action is unknown. Also, the anticipation for a potential reward also increases dopamine release. Reward anticipation could explain why dopamine release is involved in the gambling “high”. Also, dopamine likely is involved in the risk-taking behavior of pathological gamblers.

Due to gambling triggering dopamine in the same way as drug addicts, gambling addicts suffer the same type of withdrawal symptoms.

Among the reasons why gambling disorder has come to the attention of the public are the dramatic consequences for both the gamblers and others. Many individuals with a gambling disorder gamble away everything, sometimes resulting in bankruptcy. Also, pathological gamblers are much more likely to become suicidal, compared to the general public. Around half of the compulsive gamblers in treatment have thought about suicide. Also, in one study, 23% of pathological gamblers attempted suicide.

However, it's not clear if gambling alone increases suicidal ideation. Debt, financial problems, job loss, and loss of personal relationships may make suicide seem like the only option. Also, the combination of a mood disorder, impulsivity, and social factors likely explain suicidal behavior in problem gamblers.

The good news is most compulsive gamblers who have contemplated suicide have recovered and moved on to lead healthy lives. Psychological treatment and support groups can help someone with a gambling disorder learn to cope, ending suicidal ideation.

Warnings that someone you know could be at risk for committing suicide:

If you or someone you know shows signs of suicidal ideation, call the National Suicide Prevention Lifeline: 1-800-273-TALK right away.

With gambling disorder, psychological comorbidities are the norm, not the exception. Most people suffering from a gambling disorder also suffer from drug, alcohol, or other addictions, anxiety, depression, impulse control disorders, bipolar disorder, or personality disorders.

Clearly, pathological gamblers have a problem with substance abuse. One survey revealed that those with gambling disorder had seven times more alcoholism and drug addiction compared to recreational or non-gamblers. Other surveys showed that the rate of alcoholism is at least 4 times higher among pathological gamblers compared to the general population.

To make things worse, more than half of pathological gamblers have phobias, 22% suffer from a panic disorder, and close to 15% have posttraumatic stress disorder.

Do You Meet the Definition for Gambling Disorder, DSM 5?

If you see any of the signs and symptoms of a gambling disorder in yourself, consider having a psychiatric evaluation with your physician, or with a mental health professional.

To assess you for a gambling disorder, your health care professional will ask the following:

Once a diagnosis is made, you'll work with your health care professional to outline a treatment plan.

A treatment plan for gambling disorder can include:

Treatment for a gambling disorder can include outpatient or inpatient treatment, or even a residential treatment program.

Is Anyone You Know a Problem Gambler?

People with a gambling problem negatively affect the lives of everyone around them. From family, friends, and coworkers, everyone can suffer from the destructive fallout from a problem gambler. The fact is, dealing with a pathological gambler can be overwhelming.

For friends and family, it's wise to save your energy and work on changing your own situation. Trying to change the gambler can be impossible if they don't want to change.

To ease strained relationships caused by a gambling disorder:

Also, never lend a problem gambler money, and don't pay their bills. Finally, take your name off of any joint bank accounts. You need to keep your credit record clean. Also, don't sign anything you haven't read.

You can love and support someone with a gambling disorder while protecting yourself.

While dealing with a gambling disorder is hard, remain positive, it can be overcome. First, admit there is a problem. Second, seek help. Stick with it, change won't happen overnight. But, there will be a memorable day, when gambling will no longer control your life.