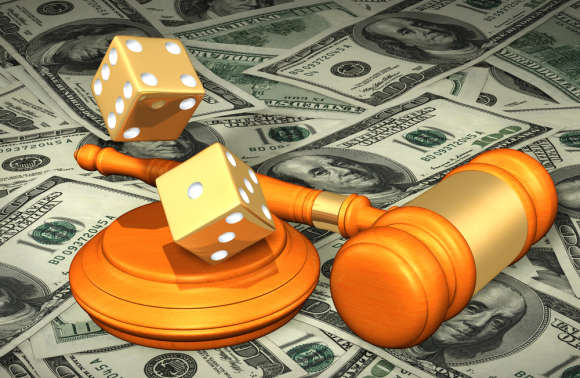 No matter whether you’re a casual gambling fan, a die-hard online poker player or an employee of a gaming company, we’re sure you’ve seen your fair share of controversy in the gambling world.

This industry is fast-paced, intense and cut-throat, so it’s no wonder that the people involved can periodically often get themselves into hot water. It’s certainly a far cry from the perception of those old-fashioned bingo halls packed wall-to-wall with seemingly benign elderly players--this is a very serious market segment to be in. And it’s only growing more so.

This fact has become especially relevant recently, as more and more countries have begun to legalize and accept gambling; the greater the regulatory issues, the more intense the competition. As such, the sector is moving well out of the shadows and into the hearts of people around the world, but it’s bringing more legal issues than ever along with the move.

Add to this the exponential growth of new online casinos alongside those recognizable older established names, plus this increasing pressure to come up with bigger and better games and experiences, and you can soon see how things spiral out of control.

There’s still space for the 3-reel classic slot, for example, but these days, you’re just as likely to be sitting in the comfort of your home playing the multitude of online live-dealer games now on offer by most forward-thinking online casino brands. There’s competition like never before, and at times, it extends way beyond the casinos’ core product offerings.

So, one particular story that caught our eye recently in the news was the Rick Heidner lawsuit against the Illinois Gaming Board.

This story has been jumped upon by a number of media outlets lately, and it’s really easy to see why. A number of interesting points of discussion can be raised from this matter.

Today, we’re going to be taking a look at the Rick Heidner lawsuit--covering who he is, what the lawsuit entails and what it could mean in the long term.

Who is Rick Heidner?

Rick Heidner is one of the biggest names in digital gambling in the United States, at the time of writing. He is also the owner of Gold Rush Amusements, one of the leading suppliers of gambling machines to enterprises all across America--which is one of the main reasons why so many people are intrigued by this particular news story.

What does this lawsuit entail?

The general premise of this lawsuit is that Rick Heidner is suing the Illinois Gaming Board for allegedly releasing sensitive information--without consent--to three federal agencies, as noted in this article by Crain’s Chicago Business. The blame for releasing this information is being put onto one employee at the Illinois Gaming Board, but the whole company is being sued.

It’s no meagre sum, either; this lawsuit totals claims of $4 million dollars.

The claims of information being leaked stem from publications stating that Rick Heidner held deep ties to a banking family in the US that’s closely tied to the mob. Furthermore, the leak was not immediately made apparent to Heidner or his team, something else that’s been closely noted in the lawsuit.

It took a whole month for the leak to become known.

Adding this into Heidner’s involvement last year with the FBI raid of Senator Martin Sandovall’s office, it’s no wonder that this lawsuit has caused such an outburst. Most media publications in the area have jumped on this story with glee, following up on the heavily publicized story of his refused purchase of the Tinley Park land.

It’s certainly not been a good year for Heidner and his team. The leak conveyed an immense amount of personal information, including financial data, his social security number, mortgages, liens, real estate holdings and a whole lot more. This data breach seems to have been incredibly damaging and is just the latest in the series of unfortunate events for him.

Why is this important for the gambling world to know?

This lawsuit is a story that the gambling industry should be following with interest.

The fact that such an immense data breach happened, with alleged ties to the mob thrown in as well, is startling. It highlights how this industry still has a lot of progress to make with security and transparency, and how those in power can be toppled by incidents like data breaches.

Casino players can feel vulnerable enough just due to the routine habit of handing over personal and funding data--explaining why there’s a plethora of expansive and detailed casino review sites examining each online venue across a multitude of wide-ranging points. This game’s all about casinos’ trust and brand leverage.

And while this breach didn’t give away users’ own data, there’s no reason for that fact to make any player feel reassured.

It simply brings up the topic of cyber security and how gambling companies should be doing more to prevent data breaches. If people like Rick Heidner can be targeted, then who’s to say the average customer can’t be as well?

Generally speaking, this lawsuit is certainly going to be one to watch in the gambling world. It shows the importance--yet again--of proper data protection and regulation within a sensitive sector.

This applies yet more so to gaming, exposing how even those who seem somewhat untouchable--like gaming moguls--can be harmed by incidents involving sensitive data breaches.

This lawsuit will be interesting to watch, especially for those who work in the gambling industry itself. Now, we’re sure everyone’s on guard--and everyone’s just a touch jumpy.