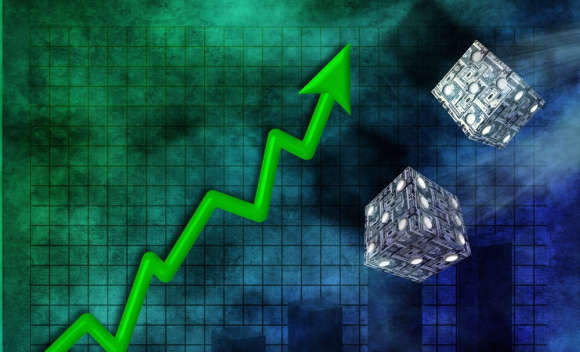 The iGaming market of West Virginia experienced a spike in collected revenue in the month of June in relation to what was achieved in May. This was largely as a result of having extra time for betting activities since June had an extra week. As far as sports betting is concerned, the performance of the state generally dipped but it was still good enough to set a new record for the financial year which concluded in June 30.

Monthly reporting for handle reporting is rather common but things are done differently in the Mountaineer State. According to performance made available to the public, the revenue collected from sports betting and online casino games and slots is made available on a weekly basis. In the month of June, five weeks were accounted for and these marked the end of the 2021-22 fiscal year. Here are the three main highlights from the performance on West Virginia for the month of June;

Having more weeks in the month of June compared to May had a positive impact on the total revenue generated for that month. With more days, it meant that there was more time for doing business and this explains the 20% hike in iGaming handle. Having a weekly revenue breakdown also allows for state authorities to make comparison for a seven day period as opposed to an entire month like is the norm.

The year 2021-22 was a full financial year for the real money online casino industry in West Virginia owing to the fact that the market was launched halfway through July 2020. Obviously, 202021 was a few weeks shorter for the iGaming sector and this translates into a significant difference to explain the state of iGaming in the state.

The evolution of Online Gaming in West Virginia

The growth of the WV online gaming market is hard to ignore because the revenues are quite impressive. One of the main factors contributing to this growth is the entry of a large number of operators into the market. With the expanding list of online gaming products on offer, betting customers in West Virginia have a wide range of gaming options to pick from.

According to the ongoing trend in the gambling industry, the list of brands operating in this jurisdiction is likely to go up come 2022-23 fiscal year. To set the ball rolling, DraftKings Casino has recently made an announcement to the effect that it would add live dealer games including Roulette, Infinite blackjack and Baccarat. At the start of the month of July, the management of BetMGM Casino decided to include live tables in its casino’s offerings. This was the first time that the gambling enthusiasts of the state had a taste of a private blackjack table for the first time.

Live dealer games would be an effective complementary offer to what the casino was already known for in WV. Some of the known benefits include Wizard Games (from the Aspire Global brand), that was introduced in March.

Earlier on in the month of January, PointsBet had picked on West Virginia as the third state in the US where they would be offering iGaming to casino players. This move plunged the state into the same league as New Jersey and Michigan. The state count remains three to date but add Delaware, Pennsylvania and Connecticut and you have the only six states in the United States offering real money online casino gaming option; all six, just like Nevada have legalized online poker. According to the reports provided for gambling industry performance, June represents May 29-June 30 while May represents May 1-28.

With no sports season held over the month of June, the nature of sports betting would have been that the revenues dropped. It is interesting therefore to note that West Virginia experienced a revenue spike at a time when there was no NFL, no college football and a decreased number of basketball games. The fact that WV is a football mad state probably helps with explaining where the zeal for betting came from when there was seemingly nothing to bet on.