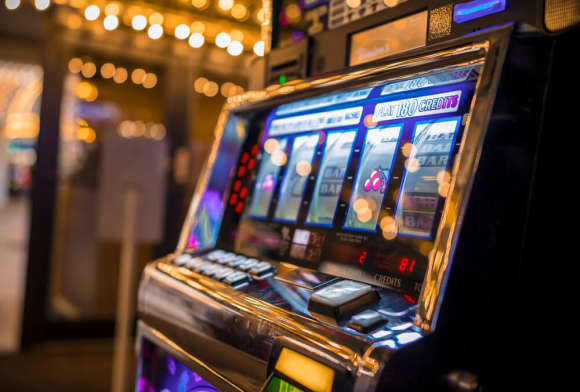 Mr. Vegas Casino is owned and operated by the Videoslots Group, which has been operating in Europe for decades and is one of the most recognizable names in European iGaming. Mr. Vegas Casino offers a wide range of casino games to customers including Roulette, Blackjack, Video Poker, slots, as well as live dealer games.

This development will be significant for the brand, as it looks for ways to establish itself in one of the most lucrative online gambling markets in North America. Joining the PA betting market allows Mr. Vegas Casino to execute its plans in the country, starting with launching its offer in Pennsylvania. If everything goes as planned, the online casino should be launched in the state by 2023.

Videoslots Group gained market access in Pennsylvania thanks to its deal with Caesars Entertainment. Once it debuts its services to punters in the US, the group is expected to start eyeing expansion into larger markets such as New Jersey, New York, as well as Michigan. The mission is simple- to grow the Mr. Vegas Casino brand into the leading online casino operator in the US.

And it’s not just the US iGaming market that the brand is focused on. Not too long ago, Videoslots Group acquired a license to offer its products to bettors in the Swedish market. Videoslots received the license from the country’s regulator Spelinspektionen.

The license, which is scheduled to last 5 years, will allow the Mr. Vegas brand to offer online betting to Swedish gamblers through its MrVegas.com and MrVegas.se online platforms. Swedish punters will have access to more than 2000 online casino games that will consist of video slots, poker, as well as scratch cards.

Videoslots already boasts a license from the Malta Gaming Authority. Although Mr. Vegas Casino has a lot of competition to deal with in the already established Swedish gambling market, the brand is confident that it will position itself for success. Punters in Sweden are always on the lookout for new and interesting games that they can sink their teeth into, which means that punters are likely to enjoy what Mr. Vegas Casino has in store for them.

Aside from launching successful operations in Sweden, Videoslots also has a strong presence in the UK, Italy, Spain, Malta, and Denmark. Videoslots has been making a name for itself since it launched operations in 2011. Some of the first concepts developed by the brand include Battle of Slots and Encore, as well as Wheel of Jackpots.

Pennsylvania has enjoyed legal iGaming since interactive gaming was launched in the state in 2019, only 1 month after sports betting was debuted in the state. Pennsylvania is one of the lucky states in the country that offer residents a chance to take part in real money online gambling. The other states that have legal interactive gaming include Nevada, Michigan, New Jersey, Connecticut, Virginia, as well as Delaware.

In the fiscal year between July 2021 and February 2022, the Keystone State amassed more than $540 million from interactive slots. The state generated an additional $220 million from banking tables which led to another $200 million being generated in tax revenue.

This March, online casinos in Pennsylvania generated $118 million, which currently stands as the highest revenue produced in a single month. Punters in the Keystone State wagered a total of $462 million. The last time the state achieved such a momentous record was November 2021, when it managed to generate $432.4 million.

The revenue generated in March was almost a 15% increase from the $403 million that was produced in March 2021. Both table games and online casino gambling performed extremely well as both verticals managed to break records. In particular, table games at physical casinos generated approximately $90 million. On the other hand, online casino betting, produced an excess of $118 million, both new records for the state.

Slot machines at brick and mortar establishments also enjoyed great returns, although the amount generated was not an all-time high. Online slots in the state generated $214, 721, 028, which was a boost of more than 7% compared to the $199,290,530 that was generated during the same period last year in March 2021.

Pennsylvania boasts one of the most vibrant gambling markets in the country. Even though the state’s iGaming market has been operational for just a short time, the market has managed to scale delivering its residents with the best in class iGaming products.