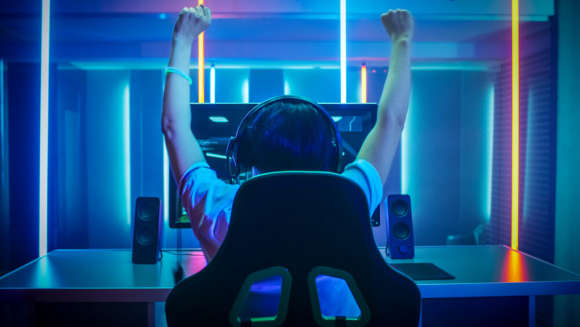 The Las Vegas strip is set to welcome new, skill-based video games when they reopen.

The games ‘Nothin but Net 2’ and ‘All-Star Hoops’ were given unanimous approval by The Nevada Gaming Commission in late April.

GameCo has already introduced the games at 20 tribal casinos in California, Connecticut, and Oklahoma, as well as commercial properties in Mississippi. The move into Nevada has given the company the chance to hit America’s largest casino market.

Co-founder and CEO of GameCo Blaine Graboyes said: “We are thrilled to complete our field trial, and this is a major milestone for a startup in such a highly regulated industry.

“We appreciate the support of our trial partners and the Nevada Gaming Control Board.”

The two basketball games require the player’s use of skill to shoot baskets on a video screen. The player is then rewarded for the number of successful attempts during a given timeframe.

Both games have a multiplayer option and the house maintains a percentage edge, offering players a change of scenery from table games.

The company is also aiming to release its own first-of-a-kind multiplayer arena, giving players the opportunity to play head-to-head or in esports-style tournaments.

He added that over 80% of the company’s coin-in spending came from younger players, compared with just 20% for traditional slot machines. The games may even come to compete with online casinos, which are growing in popularity among a younger audience.

Chairman of the Nevada Gaming Commission Tony Alamo said he was enthusiastic about GameCo’s new move.

He said: “I’m very excited about this so that eventually, hopefully when I’m long done with this commission, I’ll be able to walk into a hotel-casino and see an entire area where I’m going to recognize some of these games and play them and gamble at the same time.”

Alamo added, however, that he was disappointed the industry was yet to heat up. Speaking during the commission’s vetting of the company, he said: “I always thought this was going to blow up, but I’m a little disappointed that it’s not blowing up, not just with you but with (GameCo’s) competitors,” Alamo said.

“I’m just not seeing the products coming. I blame a little bit on the manufacturers and the big mergers that have occurred, and I thought maybe that stopped some of the innovation.

“I thought when that clears up, we’d see more. But I don’t know. I don’t want to be pessimistic with what you’re doing because I still believe in it.”

It is believed the games will start appearing in Nevada casinos once casinos are up and running again following the coronavirus lockdown measures, which have killed the gambling capital of the world.

Casinos on the Vegas Strip have been closed for more than six weeks in order to stop the spread of the virus, although it is believed they will reopen over the next couple of months.

The reopenings may prove difficult, however, with strict health and safety measures in place to prevent a second wave of the virus.

It is believed properties will only work at 50% capacity, with strict cleaning measures and thermal cameras to scan patrons upon entering.