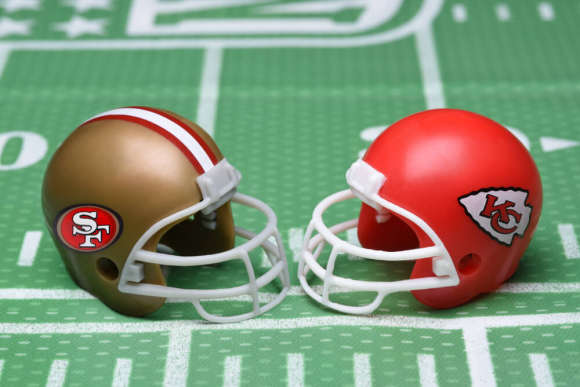 Las Vegas sportsbooks had a day to remember on Sunday thanks to the Chief’s win at the 2020 Superbowl.

The Mirage sportsbook director Jeff Stoneback told the Las Vegas Review-Journal: “We did very well. I know for a fact that it’s our best Super Bowl since at least 2008. We had the best-case scenario for us, Chiefs and under.”

The combination of the point spread closing at Chiefs -1.5 and the game staying under was great news for sportsbooks in Vegas.

MGM reported that just two of its bettors alone lost a total of nearly $3 million.

49ers supporter and Houston furniture entrepreneur Jim McIngvale lost $1 million on a bet he placed last Tuesday. The loss was also big for Mattress Mack’s customers, who were promised 50 percent of their money back or 100 percent in-store credit if they spent $3,000 on a mattress set and the 49ers won.

He also lost out when he wagered $13 million on his home team, the Houston Astros, to win over the Washington Nationals in the World Series- maybe he’d be better off checking out some great casino bonuses instead.

Another anonymous bettor lost a total of $1.93 million on various wagers placed on the 49ers over the course of the game, which leaves the question - can gamblers actually play the odds and win at casinos?

Meanwhile, DraftKings sportsbook has entered the Chiefs as +600 favorites to win the Super Bowl again next year, followed by +800 for the Ravens and +1000 for the 49ers.

William Hill also reported more money was wagered on Patrick Mahomes’ rushing yards total than any other best. The total got as high as 36.5 yards, but Mahomes lost 15 during the Chief’s final possession and finished at 29. According to the director of trading for Caesar’s, that was close to a six-figure win for the house.

Per Action Network, the biggest reported winning bet was laid down at the Bellagio in Vegas, with a win of $681,818 on a $750,000 Chiefs point-spread wager. The same high-roller bet a further $250,000 on the Chiefs to win the first-half Moneyline.

In other betting news, Andy Reid was given an orange Gatorade shower at the end of the game, giving orange gamblers a +750 win. Purple was the favorite due to the recent death of Kobe Bryant.

Those who placed a bet that Demi Lovato’s rendition of the National Anthem would be under two minutes took a win, as the singer ran through it in 1 minute and 50 seconds. The rendition was quick compared to her previous performances - Lovato took 2 minutes and 11 seconds at the Floyd Mayweather-Conor McGregor boxing match in 2017.

Now, Las Vegas residents are stepping away from sports betting and returning to the world of slots to find the best bonuses out there.

Nevada sportsbooks haven’t lost money on the Super Bowl since the Giants upset the Patriots in 2008.