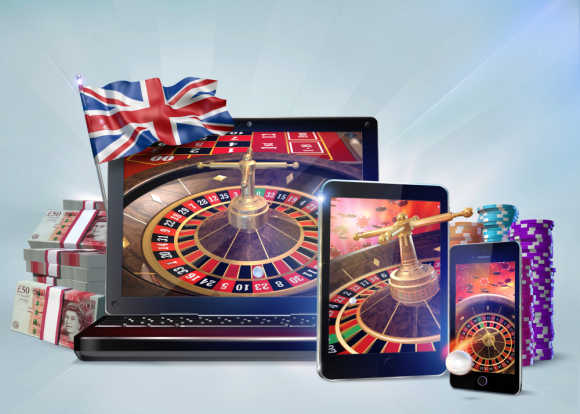 What is it that draws people into gambling? The strategy? The thrill? The chance to win? Whatever the case may be, gambling is something that many of us do, even on a daily basis without even realizing it.

If you think about it, people will go crazy for lottery tickets. They will purchase it at a small price believing they will receive a bigger prize in return.

History of Gambling in the United Kingdom

Long ago, gambling/wagering was definitely a popular pastime but during the time of Kings and Queens, King Henry VIII decided to ban gambling because his soldiers would get distracted.

Horse racing became a huge phenomenon for bettors in the Industrial Revolution. At this point in history, gambling was still a crime and frowned upon amongst the poor, and celebrated for the aristocracy.

Is Gambling legal in the United Kingdom?

Yes, gambling is legal in the United Kingdom, but, in the mid-2000s, there was still a strict regulation on advertisements for casinos. As time passed and technology progressed, there was little to no way to regulate what the public saw. They would now be exposed to thousands of casino advertisements, gaming companies, and betting shops.

The UK Gambling Commission has the power to regulate all online gambling. UK gamblers do prefer online gambling as their first-choice method. Surprisingly, the UK is a bigger advocate for online casinos than Canada and the United States.

Not only does the UK offer legal online gambling but it also receives its content games mostly from off-shore locations.

England, Scotland, and Wales offer legal gambling and bets online. Anyone can play as long as they are over the age of 18. The gambling websites also have to be licensed and have the same licensure as jurisdictions as their own.

Sports Betting is a big one and especially played for horse races, greyhound races, and football matches. Not all venues like restaurants and bars allow for sports wagering, but it is widely accepted nationally.

Casino Gambling is definitely legal in England but casinos are rarely found. The majority of gambling and games happens to be online instead of the physical casino. These players are more inclined to play American-Style games such as roulette, craps, and blackjack.

Lottery Games in all three countries have a wider variety than most available to any country that allows for gambling.

Online Gambling, as previously discussed, is higher on the ladder than the other types because of its convenience and the lack of physical casinos. Sites like OnlineCasinoGems has become really popular at aggregating the best casino bonuses and deals to service the UK market.

The Online Casino and Younger Players

We know that any type of online gaming is hugely popular worldwide. Online casinos have gained momentum in the same sense. Gamblers everyone now has the excitement to bet and try their skill at their favorite casino games right on their own phones and computers.

Interestingly, players are more likely to place higher bets online rather than bet in physical casinos. This may be linked to higher confidence when playing alone rather than be put on the spot in person.

The more confident group of players fell between the ages of 18-24 unlike the middle-aged group, 35-44, which believed to be less profitable.

It isn’t surprising that the younger generations place large bets and feel that they will get a bigger outcome. The young and hopeful will try hard to “get rich quick.” The older crowds know it doesn’t work that way. There is a lot of strategy and skill to gambling and know how difficult the games can be, especially table games.

With online gambling at our fingertips, it’s no wonder that the younger players are more inclined to try gambling online and test their skills.

A study by the UK Gambling Commission showed that the gaming industry has mustered up around $36.9 billion in revenue. Online casino gambling has increased by 10% from 33% in 2017 according to Cardschatnews.com.

Generally speaking, males will tend to bet more than females. Typically, this behavior comes from the male passion for sports, so naturally, they will be more likely to place their bets at casinos and with friends.

According to the article, there is an increase of female gambling participation, about 44% of women responded saying that they participated in gambling over the past 12 months.

Although a larger pool of females is throwing the dice, males still gamble more often as 51% of males said that they gambled in the past month, 10% more than females, according to the UK Gambling Commission.

Where Can I Find UK Casinos?

There are about 140 casinos in the UK that offer different gambling styles and games from slot machines to the tables. The Aspers Stratford in London is the most widely known casino in England measuring at 65,000 square feet. This casino is open 24/7 and offers entertainment, fine dining, and poker tournaments to keep visitors and players satisfied.

If you live in the far northern area of England, you might have heard of their Aspers Newcastle casino. This 40,000 square feet casino houses many of the popular gambling games topped with tables, an electronic game room, and of course the classic poker rooms.

Operated by Caesars Entertainment and designed to match the flashy and formidable Vegas Strip, is the Alea Casino Glasgow. This casino also offers all the fun, games, and entertainment as the rest.

Females are not yet dominating the casinos and males are still likelier to place their bets on sporting events rather than in the casino. Online betting in the UK is only growing and will continue to outweigh the preference of visiting the physical casino.

The overall number of online gamblers in the UK is still increasing and will continue to make the most revenue.

British gamblers have the advantage of not having their winnings taxed upon and exempts them from paying the taxes. How great is that?