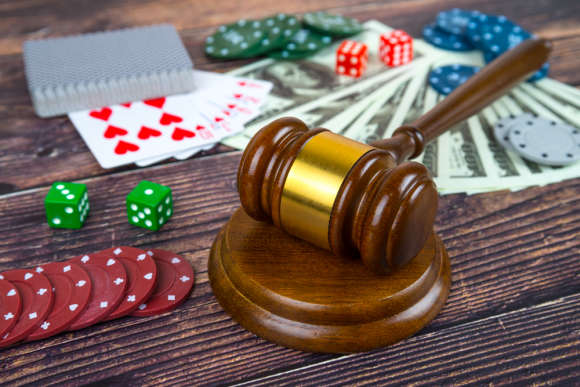 Ukraine has moved a step closer to legalizing gambling following approval of new legislation that will permit gaming in the eastern European nation.

The new bill is now expected to be brought to parliament.

Ukraine banned gambling in 2009. However, the country’s leader, President Volodymyr Zelensky, has been pushing for the legalization of gambling, using his party’s majority to try and push through the required legislation. Zelensky, who was inaugurated in May 2019, campaigned on a promise to liberalize the economy, with the legalization of gambling representing a part of that promise.

It is reported that in August, Zelensky instructed members of his party to come up with legislation that legalizes gambling. The president hopes that the new law will come into effect by December 1, 2020.

"The government has drafted a bill on the president's instructions and we voted … it will be tabled in parliament in the next few days," Prime Minister Oleksiy Honcharuk said.

The decision to endorse the gambling legislation was taken at a meeting of the country’s cabinet of ministers on September 29.

Scope of the legislation

Initially, it seemed that gambling will only be allowed in land-based hotels, with a government portal announcing that, among other points, the bill stipulates that “gambling will be conducted in hotels only, with the use of gambling equipment with software that meets international standards.”

However, Ukrayinska Pravda reported that casinos, as well as lotteries, poker and slots will also be accessible and legal.

In addition, the draft says that the government will create a new gambling regulatory body which will be composed of a chairman and six commissioners, whose work will be overseen by the cabinet of ministers.

It is envisioned that an industry regulatory body would “encourage investment from the big European operators, which would be quickly followed by further development of the country’s financial and technology sectors. In turn, this would encourage more competition and innovation in Ukraine, while also providing the government with the tax revenue it is due.”

According to CalvinAyre.com, in Kiev, Ukraine’s capital, hotels with more than 200 or more rooms will be permitted to house casinos. In cities such as Odessa, Kharkiv, Dnipro, and Lviv, hotels with 120 rooms or more will be able allowed to set up casinos. In addition, the website reported that designated slots halls will be permitted, as long as they are not near schools, churches, hospitals, residential apartments or public buildings.

Zelensky hopes legal gambling will “stimulate the development of the tourism cluster of the region near the Black Sea.”

The government said it would only permit a maximum number of 40,000 slot machines nationwide, with a limit of 250 machines in any one venue.

The Igaming Business website reported that the cost of a bookmaking license will be set by a new body, but will not be lower than $30,250, a slot machine license will cost $300,000 and a poker license fee will be $52,000.

Authorities have worried that Ukraine was losing out in terms of tax collection since gambling was banned.

Ukraine’s government hopes that legal gambling will contribute $200 million to the country’s budget. However, experts said gambling could rake in as much as $400 million for the government.

Although the bill is mainly meant to legalize gambling, Ukraine’s Prime Minister Honcharuk said it was also meant to deal with the problem of illegal gaming and addiction. Honcharuk said one of the bill’s main goals was to remove slot machines from the streets.

"You know what's going on; you go outside, you see these slot machines, next to the pawnshops. I don't think we need to explain what the problem is. A lot of people are suffering from this and we want to protect people who are addicted because people then have depression, suicides, families are destroyed, people lose money. These are tens of thousands of broken human lives, and we want this to end in Ukraine. There should be no such thing in civilized countries,” Honcharuk was quoted as saying.

The proposed law also sets out penalties for illegal gambling operators with up to five years in prison.  Any law enforcement officials found to be protecting illegal operators could face up to eight years behind bars, it was reported.

“Currently, the gambling industry in Ukraine operates in a grey zone with organizers employing different strategies to legally bypass the ban. President Zelensky’s recently announced initiative could help resolve the issue of illegal gambling in Ukraine, but legalization will not be possible until Ukraine’s parliament passes a relevant law,” lawyers Olga Belyakova, Mykola Heletiy and Maria Orlyk were quoted as having said.

All forms of gambling, except the lottery, have been illegal since 2009. However, illegal gambling still continues. Gambling was banned after more than nine people died in a fire accident at a slot parlor in the east of Ukraine.