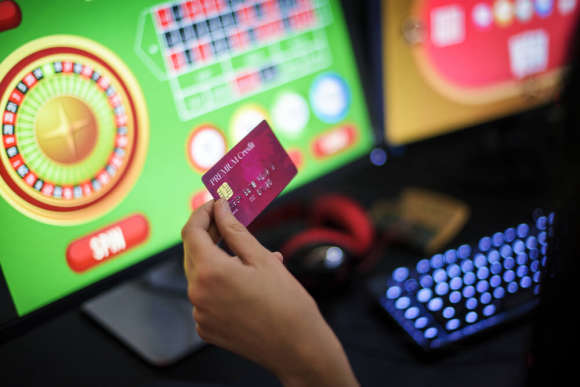 People in the UK will be banned from using credit cards to place bets from April, the UK Gambling Commission has said.

This news comes following an industry review conducted by the Commission and the government, with the ban commencing April 14, 2020.

According to Gambling Commission market research, some 22% of online gamblers who resort to using credit cards for betting are problem gamblers.

The UK Gambling Commission’s Chief Executive announced the changes, saying, “Credit card gambling can lead to significant financial harm. The ban that we have announced... should minimize the risks of harm to consumers from gambling with money they do not have.

"We also know that there are examples of consumers who have accumulated tens of thousands of pounds of debt through gambling because of credit card availability.

"There is also evidence that the fees charged by credit cards can exacerbate the situation because the consumer can try to chase losses to a greater extent."

A total of 24 million people in the UK gamble, with 10.5 million doing so at online casinos. Between April 2018 and March 2019, online gambling generated the biggest slice of industry income, amounting to a total of £5.36 billion, while betting ranked below at £3.25 billion.

The new ban will apply to all gambling products, both online and offline (think everything from slots to poker to blackjack), with the exception of charitable lotteries. Tickets for these, as well as for the National Lottery, may still be purchased with a credit card from supermarkets and newsagents as long as they are bought alongside other items.

The Commission said it would be a ‘disproportionate burden on retailers’ to stop customers paying for lottery tickets whilst paying for other items using credit cards. Lotteries currently still have the lowest problem gambling rate out of all betting options in the UK.

Under the new regulations, all online operators will also have to participate in the Gamstop self-exclusion scheme and offer it to all customers. This scheme prevents self-identified problem gamblers from placing future bets on British gambling websites and apps.

This latest move to curb credit card spending is not the only measure UK legislators have taken recently; in fact, the UK has introduced a string of other new regulations in recent years to tackle problems with gambling addictions.

Chairwoman of the Betting and Gaming Council said the group ‘strongly’ welcomed the change in which all operators must sign up to GamStop by March 31.

She said: “We will implement a ban on credit cards--which adds to measures such as age verification, markers of harm and affordability checks, additional funding for research, education and treatment and new codes of conduct--to protect the consumer.”

However, Adam Bradford, joint founder of the Safer Online Gambling Group, pointed out that while the credit card ban was a positive move, this did not comprise a ‘silver bullet to solve the problem’. Bradford was sure that the sector also needed to enhance its player checks and be more circumspect in how it advertised gambling products.

Culture Minister Helen Whately said: “Whilst millions gamble responsibly, I have also met people whose lives have been turned upside down by gambling addiction.

"There is clear evidence of harm from consumers betting with money they do not have, so it is absolutely right that we act decisively to protect them.”

It seems not only the regulators see these steps positively, with some self-confessed problem gamblers also applauding the latest move.

Chris Murphy, a problem gambler, told the BBC how he lost more than £100,000 while utilizing his credit cards to bet, and he said he welcomes the new rules.

Although Murphy had been trying to stop wagering for over a decade, the ability to gamble with his credit card made it easy to have relapses.

He added: “There have been times when I've been gambling-free for months, and then borrowed some money from, say, a payday loan site or a credit card, and woke up the next day having lost all my money and created a few thousand pounds’ worth of debt.”

Share prices for betting companies briefly fell in January when the news about the credit card ban was first announced, but recovered quickly.