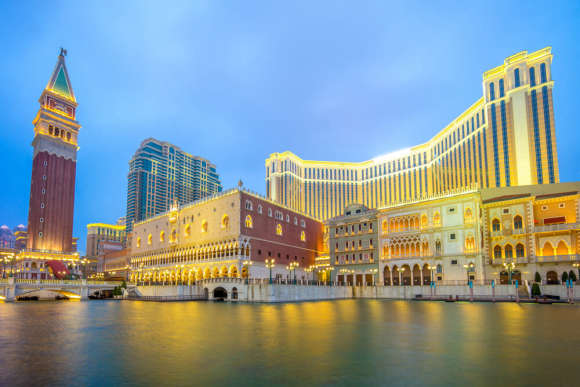 The Venetian Rewards Employees with $1,500 in Bonuses

The Venetian Rewards Employees with $1,500 in Bonuses

All the 7,000 employees working for the Venetian on a full-time or flex-time arrangement are entitled to a $1,500 bonus. The announcement was made at a recent employee town hall meeting that had been hosted by the Nevada-based casino. The management of the casino has unveiled an appreciation award program much to the amusement of its employees. This is the first company with operations in the gambling industry that has unveiled a reward program focused on employees.

There are obviously programs that exist but most of them are out to reward and appreciate customers. If you have opened a player profile in any of the online casino platforms available, chances are that you have had firsthand experience with bonuses on slots products.

No employee to be left out

All workers of the Venetian will each get the same bonus amount irrespective of how long they have been employed by the company and what position they currently hold. Due to the excitement following the breaking of the reward program news, the meeting where the announcement took place turned into a celebration. Considering the hard economic times occasioned by the effects of the pandemic, $1,500 is a pretty penny and many beneficiaries will have a significant financial burden taken off their backs.

While the best part of the night was the grand announcement, other activities that took place included a performance by Freestyle Love Supreme, the new improved comedy show of the casino while dinner was served by restaurant partners of the casino. It was easy to read the mood of the night from the overwhelming euphoria of the crowd. Officials of the casino put on music playlists and blew off confetti cannons right after the key announcement had been made.

According to the CEO and president of The Venetian, Patrick Nichols, the casino considers it an honor to have such a spectacular group of workers serving their customers. The management team was well represented at the meeting, as an illustration of solidarity with the people who drive their business. Admitting that the performance of the past year had been incredible, Nichols stated that the people who put in the most work were the workers. He was grateful to the team for their collaboration and dedication throughout and urged them to keep on.

The source of bonuses that the employees of the Venetian were given is Apollo Management Group which is a private equity fund. The money that funded the awards of appreciation program was a fraction of a sum of $620 million which the company had pledged to distribute amongst its workers. Since the company operates as a private entity, the entire plan had to be thoroughly reviewed by the Nevada Gaming Control Board and Nevada Gaming Commission to ascertain the financial stability of the company.

During the regulators` meetings which took place in November, a representative of the private entity had revealed that workers of the Venetian would be receiving bonuses in a few weeks. Even though no one had provided hints as to how much the bonus would be, everybody was happy that reprieve had finally come to employees. Company officials obviously wanted to surprise the workers and it worked.

Apart from the strong desire to appreciate its workers for their commitment, the resort casino managed to offer the generous bonuses for everyone owing to the good financial reports they had posted for the year. The casino’s management has confirmed that their targets for the year had been outperformed and the higher-than-expected results in the financial department meant the company could provide something to their employees.

Before Venetian became the owner of the resort, it had been the property of Las Vegas Sands Corp. which disposed it for $6.4 billion. Since the change of guard took place, stakeholders agree that Apollo had done a great job of managing the premises. The new team has managed to preserve the high caliber of the rooms and this has in turn translated into high rates of occupancy throughout the seasons.

In the coming three or four years, the company has announced that they would pump in $1 billion into the various aspects of the property. A large portion of this budget will go into remodeling and upgrading guest rooms as well as expanding the casino floor to accommodate emerging slots and live gaming stations.

Commending workers for their hard work in the year that has just ended, the Chief Financial Officer for the Venetian, Robert Brimmer, stated that the targets that had been set for the resort have been surpassed by huge margins. This is the first time that a performance of this caliber has been witnessed since it was first acquired for $6.4bn from Las Vegas Sands Corporation in February. He went on further to reveal that the company had every intention to invest an extra $1bn in the property over the next three to four years. By the end of the stipulated period, casino patrons should expect to see rooms remodeled and the casino floor expanded.

In May 2021, the management of Resorts World Las Vegas announced that the establishment would be opening its doors to guests as well as employees. After more than 7 years in the construction phase, the resort was finally taking reservations for the grand opening which had been scheduled for July 4th 2021. Apart from making sure that both the interiors and exteriors were a spectacle, the management was also keen on filling various job vacancies which were open. Fast forward to a little over a year and the staff are being recognized for their hard work in their roles.

A generous employer always seeks ways to share their profits with employees and the community at large. For the employees of the Venetian, there is really no reason for them to offer nothing less than 100% to their jobs.