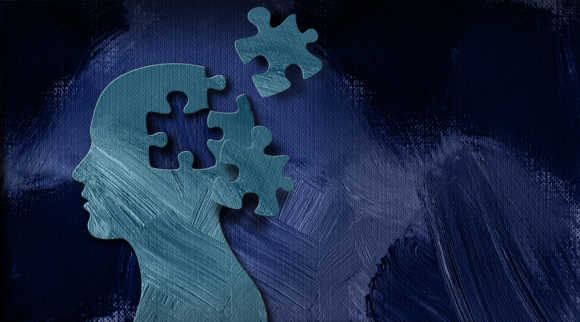 Picture yourself on the Las Vegas strip. You enter one of their incredible casinos and scour the area. You look up and down the rows and rows of slot machines. Visitors’ eyes fixate on the slots while their fingers continually tap the buttons.

Sometimes, players hold a special object or wave their hands in front of the machine as a ritual before pressing the button or pulling the slot lever. This is to add a more personal element to the game of chance and pretend that their luck will be greater.

What makes slots so popular? Let’s review the history of slots and why they’ve become such a fan favorite casino game.

The History of Slot Games

In 1985, Charles Frey, a California native, and inventor, introduced to the world the very first Slot Machine called the Liberty Bell. The Liberty Bell displayed pictures of cards on its reel. The reel moved when the lever on the side of the machine was pulled. The reel spun until it came to a stop. If it stopped on three Liberty Bells, the slot machine chimed and disgorged a jackpot of 50 cents. This slot machine game became an instant hit and quickly spread.

Gambling was banned in the United States in 1992, but that didn’t stop Frey from continuing to perfect his slot machines. As time progressed, the machines featured fruits in place of cards, then numbers and other images. Players loved pulling the lever and felt in control of their chances of winning the jackpot.

Since then, slot machines have advanced in sound, images, and buttons. Casinos are filled with movie-themed slots, TV show-themed slots, and many more.

What is the one thing that makes slots such a popular casino game? Is it the graphics and sounds, the minimum strategy and skill involved, or is it just more enjoyable to play than poker and other table games?

An article by Cascade Business believes that slots’ popularity is based on several variables: variety, higher payouts, and ease of play.

Simple gamblers gravitate towards simple games, and slots use less brainpower than playing table games. Slots players play for fun; they, want to relax and escape from reality for a few hours. They aren’t looking for a serious game and slot machines are the right choice for them.

No matter what the odds are, you have higher chances of winning a huge jackpot from a machine than the other games. Gamblers love this idea because it only involves pulling levers or pressing buttons to become instant winners.

Slot machines offer a wide variety of themes that can appeal to younger generations as well as older ones. There’s something for everyone and that’s what makes them so inviting.

Are there real tactics or strategies for winning the slots? Yes. Some of the tactics include: managing your cash, maxing your bets, and betting on multiple lines. You can read more about this on Online Casino Gems.

The Attractiveness of the Slot Machine: Psychological Effects

Behind every person's behavior is a psychological and physical basis. There is more to slots than what the eye can see.  For many, slot machines are a method of relaxation.

“The timing of spins — 15 or 16 per minute when a player is “in the zone” — coincides with the rhythmic breathing of meditation or other relaxation techniques,” says Dr. David Forrest, clinical professor of psychiatry at Columbia University College of Physicians and Surgeons in New York.

As an avid slot machine player and author of ‘Slots: Praying to the God of Chance.,” he marvels at how people become so fixated on a game they know they aren’t likely to win and how they come to terms with losing money.

He answers common questions such as, “Aren’t people who choose to play slots, dumb?” The answer is no. They simply find the act of sitting in front of the machine and monotonously pressing the buttons enjoyable and pray that they will win.

Slot machines are attractive for those who don’t want to use strategy or skill, but simply want to sit and play for hours without thinking too much. Slot machines, in this instance, can be seen as a meditation method, rather than entertainment.

Slots give players a sense of control. The game of chance is not a game of control itself, but those who attach meaning to the outcomes will see it as more than just chance. Seemingly, this will bring players happiness and satisfaction.

If you’re still wondering why people are in awe of slots, it could be due to the sounds the machines produce. Humans are attracted to aesthetics, interesting sounds, bright flashy lights, and anything that provides entertainment.

An article by The 405 explains how slot machine sounds attract players and how it plays a crucial role in gambling. The combination of sounds, lights, and music as you walk into a casino, is an instant mood booster. The purpose of the slots is to entice the player and congratulate them on their winnings - big or small - it will ring and sing to give you a positive psychological reaction.

Slot machine sounds trigger a positive chemical in the brain called dopamine. When players sit at the slots hearing the bells and whistles, they instantly feel happier. Even when the reel spins and players’ eyes move with it, it makes players feel as though they are put in a trance and are completely focused on the machine.

If you feel that playing online casino games won’t have the same effect, you will be amazed because on your mobile device, the casino graphics will look just as bright, play the same music, and the machine will chime the same sounds to give you the same experience and feeling.

Mobile casino gaming is working on a grand scheme, continuously improving its user experience. Game creators will still study the behavior of players in live casinos to mimic that effect online. The machines will all closely resemble their casino counterparts so players can happily play their favorite slots.