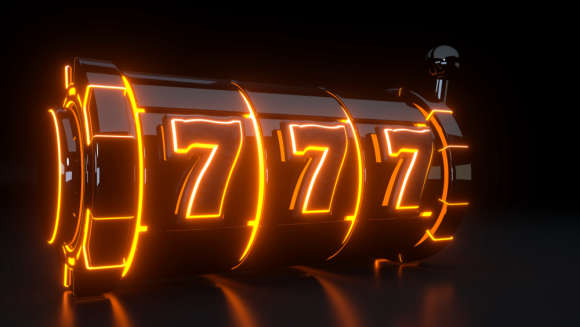 The gambling industry is permanently seated at the forefront of development with a focus on finding new and improved ways of keeping gambling fun. But it’s not always quite as easy as it may seem and with the improvement in technology often comes the tighter rules, restrictions, and legislation surrounding the industry.

The improvement of mobile

The improvement of mobile comes around every single year and 2020 is absolutely no different.

We’re expecting to see a further improvement in mobile, albeit a small one, that trickles down to the app software as well as the browser capabilities when playing slots online.

In 2016, revenues generated by mobile gaming surpassed those by console and PC gaming, a feat in itself, but when you look at the numbers associated, it’s frankly mind-boggling. A huge $36.9 billion is what we’re dealing with when it comes to mobile gaming (compared to $31.9 billion from PC and $29 billion from console gaming).

It’s not just salient for a single year to show a one-off turning point, but the future of gaming as a whole. It means the majority of all slots played are to be done so in the palm of the hand, that’s a serious piece of information to take into account if you’re anywhere near the industry. Whether you’re the head of 888 or an affiliate wanting to make the most of the tools available to you, the focus on mobile should be the absolute priority in web and app development.

It’s not just a focus for 2020, but for the future of online slots. There’s no going back and with more and more developments in the smartphone world with improved graphics, sophisticated designs, folding phones and plenty more to latch onto, it’s worth keeping an ear to the ground to see where we’re heading next.

The advancement of virtual reality gaming

However, the recent developments of VR have been nothing short of miraculous and with countless headsets, apps, and features all available to play with, it was only a matter of time before casinos saw the potential for additional revenue.

Granted, as of current, VR related games are somewhat more of a novelty than an everyday occurrence, but who’s to say what the future will hold. Countless sources have the smart-money on AI and VR to continue building and reshape how we interact with technology and slap-bang under the center of that umbrella lies the gambling industry.

iSoftBet, Microgaming and NetEnt are all already heavily invested in the VR space with work going into virtual reality slots and believe it or not, are actually some of the most popular slots in the world. There are worldwide favorites, as you’d expect at any online gaming site, with Starburst, Thunderstruck II and Rambo, but with a very modern twist.

Imagine the graphics, the animations and the characters in 360-degree space around you - throw in the chance to win real money and all of a sudden you’ve got one hell of an exciting game on your hands. Take the Oculus Rift VR headset for a spin and you’ll be experiencing bonus features as you’ve never experienced them before. Get taken away from the casino and away to a rollercoaster - how about that for an immersive gaming experience.

It wouldn’t be a chat about the future with at least some mention of cryptocurrency with one of the biggest talking points of the last decade in the industry with bitcoin enabled gaming sites.

An increasing number of casinos around the world are accepting cryptocurrency as acceptable buy-ins and deposits for slots. So if you’ve got a couple of bitcoin lying around that you don’t quite know what to do with, you’ll know you’ve always got a place that’ll accept you, even if your local supermarket won’t.

If you’re not already familiar with crypto-casinos or are simply curious as to the reasoning of a bitcoin-based bet, there are plenty of advantages that coincide with the sign-up.

You’ll find that with more casinos offering crypto, the bigger and better the bonuses and promotions you’ll see. With plenty of casinos offering a 100% match bonus (some of which up to 5BTC), you’ll be surprised at how much you’ll receive for your first deposit.

As cryptocurrency continues in popularity, it won’t be any surprise to see slots and spins with a Bitcoin bet in the near future.

One of the main benefits and the biggest reason for the cryptocurrency creation comes to the improved privacy and security in payments and transfers.

Cryptocurrencies are decentralized, meaning no banks govern and no individual has jurisdiction over the transactions. It’s a great way to remain anonymous and invisible with little trace. In online casinos, all that’s required is an address for the wallet and you’re good to go, keeping all your data safe.

Last but not least comes the speed of the transactions when withdrawing winnings from crypto-casinos. With no banks to govern, withdrawals are instant instead of the 3 working days you’d usually expect.

Long story short - it’s going to be a good idea to keep an eye on the cryptos and see where the big players land.

Tighter rules, regulations, and legislations have plagued the gambling industry for countless years, for better or for worse, but it’s not going to be a shock that this is expected to continue.

With an increased focus on the mental health of players and an effort to reduce gambling addictions with various government policies, we’re expecting to see a tighter grasp from officials on the industry. Whether it’s the decrease of the maximum bet for fixed-odds betting as recently seen in the UK or the tightening of the rules surrounding the advertisement and promotion of gambling based games, stricter policies are expected.

When considering mobile gaming, VR support, and crypto-casinos as potential future avenues for casinos and slots to follow, it’s expected that we’re in for a crackdown on the rules in these areas. Crypto may be the first to undergo the scrutiny due to the anonymous and private data becoming a dangerous area for addicts with no paper trail.

This may also lead to increased jackpots in slots with casinos responding to further stress with lower maximum bets as further motivation for new and existing players to continue playing online.

A whole host of new sites and themed games

If there’s one thing that the gaming industry loves it’s the creation of new sites, games, and modes to get players excited and keep them coming back for more.

It’s something we see every year, but it’s never something to overlook. Whatever the next big site or game may be, it’s always expected that they’ll be another one to follow hot on its heels. Keeping an eye out for these trends and looking for the rise and fall of slot suppliers can benefit you no matter your game.

Themed sites are expected to be a hot ticket in 2020 with more and more themed slots from pop culture coming into existence. It may seem a little corny or even a little immature, but the money talks and given a little bit of knowledge surrounding a brand before spinning the slots may just be the biggest way to make a big splash fast in the slot world.

Looking for the hottest themes, best pop culture brands or celebrity advertisements will put you on the right tracks for looking at the industry from the outside and giving your verdict on where to place your chips, so to speak. If you’re an affiliate, make sure you’re covering as many newly released slots as possible, new slots are released more often than you’d think and with plenty of traffic in-tow given the correct advertising, there’s always the chance of a big-money payday.

Ultimately, for 2020 we’re expecting a little bit of a tech increase with mostly more of the same.

With the continuous development of mobile, the jumps in VR, crypto-casino Compatability and tightening of the rules and restrictions - we’re in for an exciting year for slots, but the real fun has only just begun.