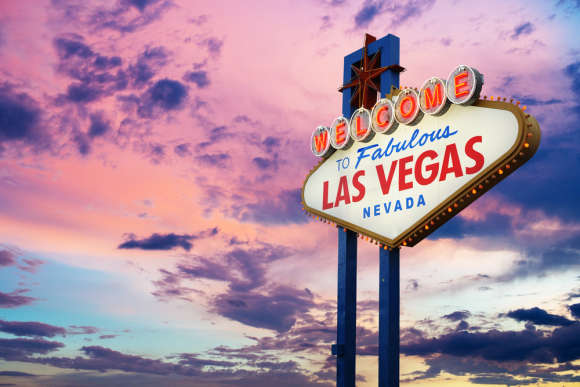 2020 has been a rough year all around, but for certain regions and industries, it’s been far worse than for others. Las Vegas, in particular, has been harshly battered by the many seismic changes to the world economy.

The world’s largest casino consortiums operate out of Sin City, though, and they’re unlikely to take the beating sitting down. Times of crisis are also times of opportunity. Already, the big players in the Strip are trying to figure out the way forward. It’ll be easier said than done, though.

Saying that Vegas had a rough start to the year would be a massive understatement. The truth is, when the stock market crashed in the middle of March, many doubted whether casinos would survive. MGM stock lost as much as 80% of its value in less than a month. Las Vegas Sand lost a little over 50% of its value. It was a merciless onslaught.

The stock market reflected the popular outlook for the future of Vegas at the time. With most casinos completely shuttered, attendance was zero for months. Most casinos expected the numbers to rise in the long run but dismissed any expectations of profitability in the short term.

The situation would last for several months, much to the chagrin of casinos and their stockholders. As huge employers with extensive benefits, casinos had plenty of bills to pay despite the lull. These months would prove very costly to the industry, which many assumed would simply not survive. For a while there, things were pretty touch-and-go.

To further complicate matters, Vegas has been a city built on debt—from day one. Not a single casino on the Strip was ever paid for in cash. It’s an industry that was used to operating with extremely high debt-to-income ratios.

The sheer ability of casinos to “print” money, even in a recession, was always a given. In early 2020, ballooning debt interest payments called that assumption into question.

When things first went haywire, the instant reaction of most TV talking heads was to reassure the public. Most stock market experts gave long lists of speculative reasons why the casino industry would pick right back up. It didn’t.

Then, the Federal Reserve and the White House started coordinating stimulus and capital injections into the economy. Trillions of dollars found its way to corporations and citizens alike. The latter used the extra money to shore up their finances. The former mostly engaged in share buybacks, trying to bolster anemic stock prices.

No amount of stimulus can counter bad fundamentals, though. For Vegas, the most basic fundamental is attendance. However, those numbers were still miles away from the previous year, or the one before. This sharply reduced expected earnings across the Strip, which in turn made it harder to secure crucial financing.

Looming on the horizon, increased government regulations for establishments serving the public threatened the successful reopening of most casinos. The industry would face a costly adaptation process before the money could start flowing again.

For Las Vegas to thrive after 2020, a lot of things may need to change. The world is slowly settling into a new normal. We’ve already seen small glimpses of what that reality might look like.

In Sin City, the new normal will probably mean many new health and hygiene regulations and restrictions to comply with. Or, in other words, money. Every new regulation is simply an added cost for the casinos, in a sector that already had plenty of overhead to go around.

Companies in the hardest-hit sectors, like airlines and cruises, are still seeing their business volumes sharply reduced. This situation may continue into the foreseeable future, as people seek out alternatives to an evening out.

There’ll also be Increased expenses with reduced income. In other words, Vegas will need to learn to do much more with a lot less. A key element of that transition will be cutting out needless overheads wherever possible.

Scaling back the ritz and glamour doesn’t jive well with fighting low attendance, though. That’s why Vegas casinos are increasingly focusing attention on their online verticals. It’s a quick way to capture new business regardless of attendance levels, and with reduced overhead.

To stay competitive as a tourism hub, Vegas may have to rethink its offerings. Airlines are faring poorly for a reason: flying isn’t in vogue anymore. Beyond the possible health risks or restrictions, people are more worried about issues like sustainability and carbon footprints. In the future, Vegas may have to target a less international, more local audience.

Another factor that could help revive the Strip is environmental consciousness. The green revolution is already beginning. Leading other industries in the path towards more sustainable operation is a surefire way for Vegas to boost consumer interest.

Some casinos are already capitalizing on these opportunities. The Park MGM, for one, already confirmed that when it reopens, it’ll be the Strip’s very first smoke-free casino. Similar moves from other major players would help the industry establish itself as health-conscious and eco-friendly.

Classic Vegas acts might also be due for a redesign. With much-reduced crowds, top-shelf performers with lucrative Vegas residencies could be a thing of the past. A shift towards the digital medium, and possibly even virtual concerts, could usher in a new era for Vegas shows.

2020 was, without a doubt, one of the hardest years to ever hit the Gambling Capital of the World. In the changing panorama of the modern world, it’s hard to say what the immediate future holds. There are no safe bets when it comes to the future of Sin City.

The smart money is on the town itself, though. Like any city built in the middle of a desert, Vegas is a monument to human ingenuity and audacity. Whatever the future holds, Las Vegas will likely find a daring, inventive way to survive. It’s in its DNA.

How Profitable Is Online Gambling In New Jersey?