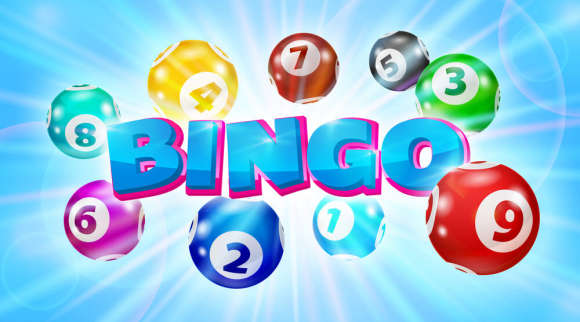 When you hear the word “Bingo”, what do you think of? You may think of a boring calling, spinning a tumbler and calling out a letter and a number. Maybe you think of rec hour at a senior citizens’ center or a VFW hall. Or, maybe the first thing that pops into your mind is the famous kids’ song, “B.I.N.G.O”! Whatever you think of now, if it is not the exciting world of online Bingo, you are missing out.

From the church gyms to today’s online casinos, Bingo has come a long way. Modern technology had turned this classic game into a fun and exciting online gambling experience. Today, there are 50 million people around the world who play online Bingo. This market is experiencing 9% CAGR and is now more than a $2 billion industry. And, while in-person Bingo is still popular, online Bingo now accounts for about one-third of all Bingo played around the world and that percentage grows every year.

Some of the reasons that online Bingo is so popular is that it is fun, easy to learn, and there are a host of different Bingo games you can play. Also, you can win real money! Here we will break down the different Bingo games. We will discuss what they involve, the general rules, and where each game is most popular.

Just like other popular online casino games, Bingo also offers a range of styles. Depending on where you play and how you like to play, online Bingo offers several different bingo games to choose from. Each has a slightly different style, different rules, and different odds. Here we will look at 6 of the most popular online bingo games.

While the official name of this game is 75 Ball Bingo, you may also see it referred to by its nickname, American Bingo. It is named that because it is the most popular style of Bingo in North America and is the game that, if you from the U.S., you are probably most familiar with. Being the most well-known game in the States makes it incredibly popular in many places but it is only the second most popular form of Bingo in the world.

75 Ball Bingo is played on a 5 x 5 card with the middle square already blocked out as a free space. This means that each card has 24 of the 75 available numbers on it. The five vertical columns are labeled:

To win in 75 Ball Bingo, players must connect 5 spaces in a row either horizontally, vertically, or diagonally. Because the center space is free, in this version of the game you may only need 4 numbers called in order to win. The first player to complete a 5-section line is the winner of the game. Exactly how much a player wins depends on the cost of each card and the number of cards sold.

The most popular form of Bingo in the world, 90 Ball Bingo, also known as European Bingo is played in a variety of places outside of the U.S. This game is most popular in the United Kingdom and around Europe as well as in Australia, New Zealand, South America, and India. In India and Australia, it sometimes goes by the name “Tombola”.

A 90 Ball Bingo ticket consists of 6 3X9 game boards. Each of the three horizontal columns has 5 numbers and 4 blank spaces which gives you all 90 numbers on your ticket. The vertical columns will each have the following set of numbers in them:

There are three different ways to win in 90 Ball Bingo. Each way to win comes with a successively bigger prize, which depends on the fixed jackpot or the number of cards sold and at what price. These ways to win are:

At first glance, if you are not familiar with 90 Ball Bingo, it can seem like there is a lot going on. Once you get the hang of it though, the game is very easy to play. Most online sites will dab your numbers for you as well so you don’t miss a number or a big win.

In contracts to 90 Ball Bingo where there are multiple cards and numbers, 30 Ball Bingo is the quickest game and the easiest to understand and learn. The game can go so quickly at times that it is also known as “Speed Bingo”. Because the games are so quick, the cost per card is usually relatively small and almost always smaller than the 75 or 90 ball versions of the game.

Each card consists of 9 squares laid out in a 3X3 grid. Each square is filled with a number ranging from 1 to 30. Just like other games, you will find certain numbers in each row. For 30 Ball Bingo, there will be:

Once you have your card or cards, you can pick one of three different styles of games. There is a 20-ball draw, a 22-ball draw, and a 24-ball draw. The fewer balls that are drawn, the less chance you have of winning. This is why each of these three games has different payout odds. The 20-ball version typically payout 80-1, the 22-ball games payout 27-1 and the 24-ball version pays out 10-1.

Another unique feature of 30 Ball Bingo is that you are only playing against the house, not other players. So, it does not matter how quickly you obtain a Bingo, just that you do. This speedy version of Bingo was created specifically as an online version of the game so it does not have a regional appeal like other versions of the game, it is played all over the world in online casinos.

This game is also known as U Pick ‘Em Bingo and is a common offshoot of 75 ball (American) Bingo. As the name suggests, the theme of this game is that instead of buying cards with random, preprinted numbers on them, players can pick the numbers they wish to play and place them on their board wherever they like. When Bingo is played in this style, it very much resembles the game of Keno. It is popular in the U.S. and because of its Keno similarities – which was invented in China – in various Asian cultures.

U Pick ‘Em Bingo is usually played on a standard, 75 Ball Bingo card, set up in a 5X5 grid. In many iterations of this game, players are given 3 25-square cards at once (no free spaces in this version of the game) and must fill up all 75 squares with a different number. After the cards are filled out, the numbers are drawn as usual in a 75-ball game.

No matter where you put your numbers, winning U Pick ‘Em Bingo is the same as American Bingo. You need to connect 5 squares in a row either vertically, horizontally, or diagonally. Because there is no free square though, it will take 5 numbers to win every game. The first player with a “BINGO” will win the pot and pot size varies based on cards sold and the cost of cards.

Coverall Bingo can mean different things depending on the game you are playing. 30 Ball Bingo can sometimes be referred to as Coverall because the only way to win is to cover all 9 sections of your card. In 90 Ball Bingo, Coverall is a way to win the biggest prize in the game along with the smaller two ways to win, any 1 line or any 2 lines. However, when you are in an online casino or Bingo Hall and see Coverall Bingo or Blackout Bingo it is most likely referring to a version of the 75-ball American game.

As the name suggests, Coverall or Blackout 75 Ball Bingo takes covering all the numbers, or “blacking out” your entire card, to win. Because you need to cover more than just 4 or 5 numbers, these games generally take longer and produce more drama than their normal 75 Ball Bingo counterpart.

This game is most seen online and is popular in many instances because it can feature a progressive jackpot. In the games, there will be a certain number of balls drawn each game, maybe 50 or 60, instead of the entire 75. If nobody wins the jackpot in the prescribed number of balls, the jackpot rolls over to the next game. This way, the jackpots can grow to be fairly large and if you win after a few games have rolled over, it can be a hefty sum.

One more popular style of Bingo is Bonanza Bingo. The way it works is, before the game starts, players receive 75 Ball Bingo cards with either 25 or 24 (25 squares with the free space) numbers prepopulated on it. The initial draw is somewhere between 43 and 48 numbers, with the 48-number game being the most common. Those numbers are put up on a display before the game officially starts and players dab their cards for each number they have.

The game can be played where 5 in a line will make you a winner but most often, they are coverall games where you need all 25 squares to be dabbed to win. After the initial 43-48 numbers are drawn and the players dab their cards, any players that have “BINGO” win an instant prize.

If no players have “BINGO” after the first set of numbers come out, numbers continue to be drawn in standard Bingo fashion until a player completes a card and calls “BINGO”. Bonanza Bingo, like several of the other games on this list, is most popular online. One of the big reasons for this is that the game lends itself nicely to large progressive jackpots that roll over if no player has “BINGO” after the initial 43-48 number draw.

These are just a few of the most popular styles of Bingo that you will find both around the world and, particularly, in online casinos or Bingo Halls. Which is best for you? That is up to personal preference. If you like the fast-paced action, maybe 30 Ball Bingo is best. If you like big jackpots, try Blackout Bingo or Bonanza Bingo. And, if you grew up playing either American or European Bingo only, give the other one a shot. If you want to give some of these games a try there are lots of online casinos, like Café Casino, that offer a number of different Bingo games. Check one out today