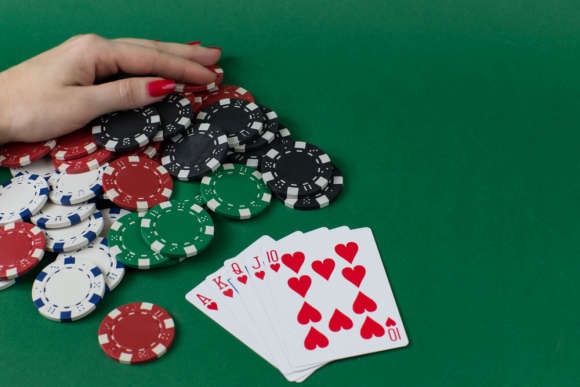 Dorothy Boone of Temple, Texas, took a family trip to Lake Tahoe after being convinced to do so by those close to her. Boone proceeded to hit a Three Card Poker progressive jackpot at Harveys whilst on the trip.

According to spokesperson  for Caesar’s entertainment Chelsea Ryder, Boone had been playing for around an hour before hitting a royal flush in spades. It was her first visit to the casino and the area itself, a trip that almost didn’t happen because Boone and her husband had originally planned to go to Laughlin with their family.

The lucky winner said she will spend the money on a new house and will take her grandchildren to Disney World or Disneyland.

Harveys tweeted: “Dorothy took her friends recommendation and made a family trip to Lake Tahoe. Last night she won the progressive jackpot on the 3 Card Poker table for OVER $1M at Harveys. CONGRATULATIONS ON YOUR BIG WIN DOROTHY!”

It proves in-person poker can work out just as well for players as video poker in the modern era.

Another Twitter user said: “Sat in the right chair! I sat in that chair a week too soon. Congrats!!!”

Dorothy’s win isn’t the only one seen in Las Vegas Valley in recent months, however, and proves not everyone is reaching for online casinos.

At Treasure Island, a gambler known only as Neil J walked away with $12,500 in hand in February. The winner had been playing a Crazy Money Deluxe VIP slots machine.

The casino shared that another player had won $36,865 just days before.

One Fremont winner turned a $1.76 bet into a $31,674.50 jackpot last month on an Abundant Fortune slot machine. The winner remained anonymous. The casino tweeted: “This lucky Fremont winner's fortune is abundant, literally! He won $31,674.50 on the Abundant Fortune slot machine! Did we mention his bet was only $1.76?” The big wins at land-based casinos are great news for both players and casinos alike as more and more gamblers edge towards online poker.

A visitor all the way from Norway won $4502.60 on a Buffalo gold machine at Four Queens after betting just $2.40. Four Queens also shared a $5400 win for a lucky guest from Hawaii on the Megabucks game, as well as a $10,000 win for a player from South Carolina. The casino seems to have been a lucky one for its players this year; a lady from Arizona won a jackpot of $3607.50 on the bonus round of a slot game just days before.

Meanwhile, at the California Hotel, a gambler named only as Shannon won $10,000 on Cash Machine. Since then, the casino has celebrated a $50,000 win by a woman known only as Rubylynn, who secured the jackpot on the Stampede Power Buffalo Jackpots slot after placing a bet of just $8.80.