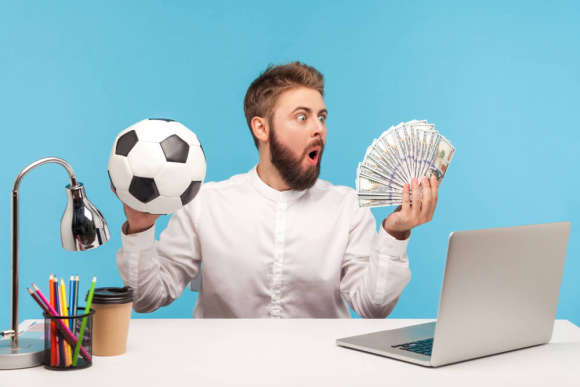 Tennessee became the quickest state to reach $1 billion in lifetime sports bets, reaching the milestone only six months after the industry was launched in November 2020.

Sports betting activity declined, predictably, in April, but even that was not enough to halt the march, with Tennessee sportsbooks having collected more than $1.1 billion between November 2020 and April 2021.

With that feat, Tennessee became the fastest to reach $1 billion over six months, beating New Jersey, which reached the mark in its seventh month.

"With an online-only launch during the NFL season and at the beginning of a month, Tennessee kicked off its sports betting industry under nearly perfect circumstances. The circumstances gave the state a leg up, but Tennessee has still outperformed its expectations. Few predicted just how quickly the Volunteer State, a state with no legal betting history, has embraced online sports betting," said Nicole Russo, an analyst for PlayTenn.com.

One of the major advantages that Tennessee has is that some of its neighboring states like Alabama do not offer sports betting.

PlayTenn, which tracks the Tennessee gaming market, reported that sportsbooks only collected $178 million in wagers in April, down 13.6 percent from the $205.9 million that was collected in March. This was slightly up from the $176.3 million generated in February.

A statement explained that the month-over-month decline was expected, as sportsbooks transition to relying on regular season baseball and NBA basketball rather than the NFL and NCAA Tournament to drive bettor interest.

Sports betting, in April, brought in $2.8 million in tax revenue. At current tax rates, the statement continued, this means sportsbooks produced about $14 million in adjusted gross income, down from $16.1 million in March.

Tennessee launched its sports betting industry with only four operators. But from the get go, it was always primed to outperform other states in terms of how quick it was generating revenue.

In November, the Volunteer State managed the best first month in U.S. history.

The sky is literally the limit for the Tennessee sports betting market, with the state expected to launch more apps coming in the future. The number of operators has since grown from four, last November, to seven.

It was reported that four more applications for services are currently pending. Even more brands have shown interest, which means Tennessee is likely to break even more records. It is expected that twice as many operators will be offering services in Tennessee in the future.

But it hasn’t been all smooth sailing for the state, as some teething problems have been reported.

"Tennessee has suffered some growing pains, which shouldn't be a surprise considering how little experience the state had in regulating legal betting. Despite the challenges, the foundation is set for what should be a long period of growth. Ideally, the change in oversight will help the market further flourish," said Jessica Welman, analyst for PlayTenn.com.

Russo added that the Tennessee market was still a long way from maturity and new operators will help keep the market fresh and growing, while the dominant players continue to reach new customers.

“The bottom line is that Tennessee is nowhere near its ceiling yet," said Russo.

BetMGM has led the Tennessee market for all of 2021, but FanDuel and DraftKings are not far behind, a statement said.

The Sports Wagering Advisory Council will now be the oversight body for the sports betting industry, taking over from the Tennessee Education Lottery.