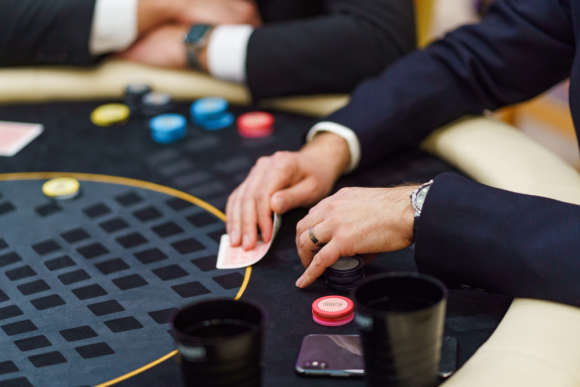 Researchers have discovered a link between poker talent and investing.

A study by Yan Lu, Sanda Mortal, and Sugata Ray found that hedge fund managers who have won cash prizes at poker tournaments outperform those who have not by up to 5% a year in investment returns.

The study reads: “We find that hedge fund managers who do well in poker tournaments have significantly better fund performance. This effect is stronger for tournaments with more entrants, larger buy-ins, larger cash prizes and for managers who win multiple tournaments, suggesting poker skills are correlated with fund management skill.

It also found that those who place higher in tournaments or win larger amounts tend to show more improvements in their returns.

Researchers suggested specific skills may link poker and investing - particularly focusing on patience. Through the study’s data, it was found those who played the long game in poker tournaments also tended to hold onto portfolio positions longer, resulting in a higher turnover.

Another potential skill match is that of avoiding the disposition effect, which causes investors to hold onto projects that are losing money for too long while selling those that are doing well too quickly.

The ability to read people was also flagged as a winning skill by the researchers and found those who specialize in fundamental stock selection tend to have greater links to poker.

It was discovered, however, that when investors win at major poker tournaments, such as the World Series of Poker, it may not benefit the performance of their funds.

Although big wins can lead to inflows into an investor’s fund, the growth of money can make it more difficult to sustain investment performance.

Instead, hedge fund managers tend to alter their investment strategies. The analysis found that investors may play it safe after a high profile win, and large cash prizes can serve as a distraction, meaning they tend to spend less time running their fund in the months following.

The study adds: “Given this, hedge fund investors would be better off investing in an otherwise similar manager without poker tournament success.” A good alternative to avoid a few of these after-effects would be to give online casinos a try.

The lessons learned from this study? To win at investing, you may want to take up poker (you can give online poker a go first to practice). Be patient, watch the positions you’re winning carefully and watch the ones you’re losing even closer, and don’t let big wins serve as a distraction from the long term task in hand.

It concluded: “Our results suggest that poker winning fund managers are more skilled at managing hedge funds. Our results are consistent with the belief that poker skill is correlated with skills for running a hedge fund.

“Unfortunately, since we are only able to observe events where the poker manager won a tournament, and we do not know how many times a person entered a tournament, it is possible that cashing in a poker tournament is not the result of skill at poker.