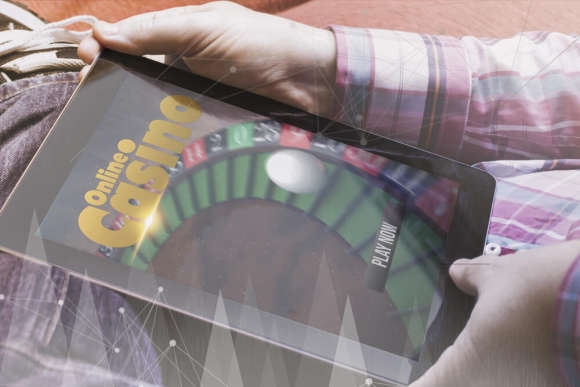 For those who have been actively following the casino industry news, the mention of Scientific Games Corporation should not sound out of place. Actually, if you are aware of the existence of Light & Wonder, your knowledge of the industry is up to date. The two brands are one and the same, but the latter is what the company now identifies with. Recently, the management of the brand announced to the public that they would be soon releasing the results of an independent study carried out to assess the potential for online casino gambling in the U.S.

The study which was executed by VIXIO Gambling Compliance had been commissioned and funded by the Las Vegas-based Light & Wonder. One of the key highlights of the report is that it highlights the projected tax revenues as forecasted by industry experts. A few months ago, it was reported that some states were considering gambling regulation in their state so as to benefit from taxes. With proper laws and regulatory framework, the casino industry can be used as a financier of key projects of the respective administration.

In the report, is a detailed analysis of the state governments’ current gains and potential tax revenue gains if at all, the idea of legalized betting could be adopted everywhere. The scope of the study stated that they currently accommodate gambling as a legal practice regardless of whether their focus is land-based casino gaming or online sports betting, or both.

State governments have been known to have huge budgets that in most cases cater to the social amenities of the cities within them. Without a steady source of income such as is guaranteed by gambling businesses, schools and other social services would be expensive to offer (the cost would most likely be passed on to the consumer).

The gambling industry has over the past few years made a significant difference in the manner in which state affairs are run. It is now easier than ever for state administration to come up with conservative budgets and statements of how the forecasted income is going to be spent.

The report published by VIXIO has demonstrated the financial situation of states that earn revenue from gambling. It is now clear that states are leaving billions of dollars collected from tax revenue on the table which could finance a variety of public amenities and services without turning to gain from broad-based taxes. According to the Global Head of Government Affairs of Light & Wonder, Howard Glaser, more than 10 states have already legalized digital gaming channels in an effort to boost revenue gained from land-based casinos.

Industry experts are currently planning for a future where the entire United States territory will be a legalized gambling jurisdiction. If it happens that all 42 states legalize gambling in whatever form they choose, the size of the U.S. online casino gambling market could easily raise up to $30 billion. Considering that there are several states in the country where land-based casinos or mobile sports betting are legalized, this anticipated future might be just around the corner. Based on the findings of this study, it is estimated that the future handles could translate to a combined $6.35 billion in annual state tax revenue, if a 20 percent tax rate is assumed.

The American Gaming Association recently reported that the revenue collected from the six states where online casino gambling is currently legal generated gaming tax revenue of $970 million in 2021. The states include Connecticut, Delaware, Michigan, New Jersey, Pennsylvania, and West Virginia.

One of the top candidates that has legalized online casino gambling within the next few years is NY where the online sports betting market is experiencing rapid growth in the number of players and games. Other than that, New York has some of the most promising iGaming states as its neighbors (Connecticut, Pennsylvania and New Jersey). The fact that these surrounding states are making hundreds of millions in annual revenue from iGaming is proof enough for the operators in New York.

According to the chair of the NY State Senate Racing, Gaming and Wagering Committee, New York Senator Joseph Addabbo, these states are a true testament of the integrity of the industry model. Based on revenue figures, that iGaming can complement land-based casinos and ensure protections for players.

Indiana is another state of the US that bears the potential of online casino authorization. Indiana Senator Jon Ford, who is also the President of the National Council of Legislators from Gaming States recently said in a statement that the pride of the Indiana people is in the thoughtfulness with which they approached the state’s gaming policy. Bearing that in mind, it is important to note that when iGaming is properly structured, it has the potential of attracting a wider demographic. Its other benefit lies in the potential of becoming a meaningful source of state tax revenue.

All the studies conducted to analyze the profitability of the gambling industry return a report to the effect that the industry is beneficial. With people’s lifestyles switching to more sedentary, it is no surprise that online gambling has taken over the gambling market by storm. The future definitely seems bright for this sub-sector and jurisdictions that adopt implementation and control will record gains in the long run.