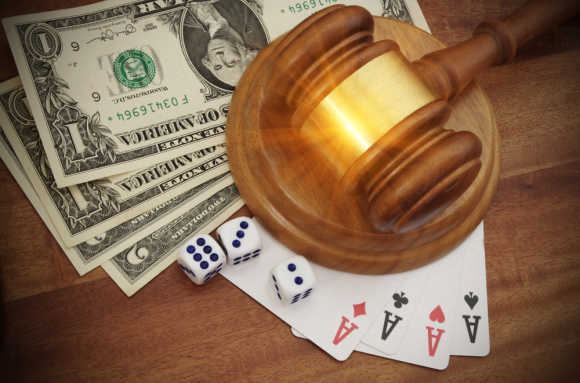 The State of Gambling in Illinois

Gambling laws in Illinois describe the practice as a game of skill or chance played in exchange for money or anything else of value.

Fundamentally, this is a Class A misdemeanor offense in the state of Illinois, but many types of gambling have been legalized over the years.

With so many loopholes in the legislation controlling gambling in Illinois, however, it can be difficult to truly understand whether you are acting within the law when you are gambling.

This confusion became especially apparent in recent years, when the pressure to legalize other types of gambling, such as online gambling and sports betting, has increased.

Pressure clarify the situation has started to pay off.  Illinois recently took steps towards legalizing some other forms of gambling, like online gambling.

To help clear up any misconceptions about online gambling in Illinois, we’ve put together a helpful article which takes you through the current—and future—state of the industry.

The Legalization Of Online Gambling

Developments in the laws surrounding online gambling in Illinois have only occurred in the last few years, however, the fight for said changes has gone on far longer.

This isn’t just something ordinary citizens and business owners of gambling services desired; governing officials in Illinois also joined the fight early on.

The earliest attempt to legalize online gambling dates back to 2012.

At that time, members of the Illinois House and Senate attempted to pass a law that would legalize and regulate various forms of online gambling.

Unfortunately, the bill didn’t make it through the committee and was dismissed.

It also petitioned for the addition of more casinos in Illinois, which led to the bill breaking down during negotiations since Governor Pat Quinn had previously spoken out against its inclusion.

In addition to these two official attempts, there were also rumors across the state that Illinois Senate President John J. Cullerton had plans to introduce a standalone bill.

If passed, this bill aimed to bring a number of online casinos and poker games to the state.

It was also predicted that it would seek permission to allow a vast variety of gambling options for residents, but would limit online betting to events where such bets are explicitly legal.

Unfortunately, despite the rumors, such a bill never appeared in the committee.

The Legal State Of Online Gambling In Illinois

Many people are confused when it comes to understanding the legal status of gambling in Illinois.

With several bills have failed to pass, it’s easy to assume that online gambling is completely illegal.

The reality is that, for Illinois residents over the age of 21, online gambling is mostly legal a legal activity.

As long as the online gambling website being used is properly regulated and is located outside of American federal jurisdiction, participation is completely legal.

This is because no federal gambling laws prohibit Illinois residents from enjoying licensed online gambling websites. Furthermore, no Illinois legislation prevents residents from placing bets over the internet on websites located outside of the US.

Some have said this creates a lack of legal clarity, but most have come to understand that what determines whether an online gambling site is legal is primarily determined by where such a business originates.

Another way of putting this is to say that whether a business is legal depends on where it is headquartered.  In Illinois, the fight has been over obstructions to increasing or deregulating the number of casinos and casino-type businesses (online gambling) allowed to originate within the state.

At the moment, there are just 10 casinos approved to operate within the state of Illinois.

The good news is that a number of recent changes to gambling legislation are improving the legal landscape for gambling businesses across Illinois.

The Overturn Of A Federal Gambling Restriction

The start of the journey towards legalization of online gambling in Illinois began when the federal government handed some control of the industry back to individual states.

This occurred when the U.S Supreme Court reversed PASPA, a federal law that banned sports betting in all but four states.

For the first time, many states, including Illinois, were given full permission to make their own decisions regarding sports gambling.

Although online gambling wasn’t the only item Illinois considered after the reversal of this restriction, it was a major point of consideration for the future of sports wagering in the state.

In what some predict will make Illinois the gambling capital of the Midwest, the General Assembly passed Senate Bill 0690 on Sunday 28th June 2019.

With Illinois having the lowest credit rating in the country, lawmakers are wagering that expanding the already-thriving gambling industry will pull the state out of its financial crisis.

It is also hoped that the resulting income will provide significant contributions to the state’s first capital plan in a decade, Governor J.B. Pritzker’s $45 billion building campaign Rebuild Illinois.

It is important to note that although this act does influence the world of online gambling in Illinois, that is not its primary focus.

Many points included within this expansion focus on the land-based gambling services available in Illinois.

In addition to this, six more casinos will be opened, addressing previous concerns about the obstruction of gambling businesses in Illinois.

This will amount to a total of 16 legal casinos operating within Illinois, with the largest predicted to open in Chicago.

As part of this gambling expansion, sports betting within Illinois is now legal, though it does come with a number of restrictions.

The Legalization Of Sports Betting

Article 25 of The Illinois Gambling Act makes Illinois the first state in the Midwest to legalize sports gambling.

This is a significant step forward for gambling in the state because it allows seven sporting venues with capacities of 17,000 or more to offer their own sports betting services.

The legal betting can be performed either through mobile apps connected to the internet, or from kiosks located anywhere within a five-block radius of the stadium.

This change in legislation is great news for sports fans, who can exploit this new law to place wagers on big sports teams. These include the Chicago Bears, Chicago Bulls, and Chicago Blackhawks.

However, there are a number of restrictions on games for which betting is permitted.  Bans against betting are also specified.

These include collegiate teams in Illinois, minor league teams, and any kindergarten through 12th-grade sporting events.

The most important part of this legislation, for those interested in the online side of things, is the changes to online sports betting they propose.

Eighteen months after this bill has been signed into law, three licenses will be issued for online sports gambling.

This takes us to the end of November 2020, which isn’t very far away when you consider the procedures that need to be in place to regulate these changes.

The three casino operators who receive these online licenses will have to pay a non-refundable licensing fee of $20,000,000 in accordance with an open and competitive selection process.

This fee is known as the master sports wagering license and will be renewed every 4 years after receiving a renewal fee payment of $1,000,000.

To help these online sports wagering websites succeed, this act will freeze popular online-only sports betting platforms such as DraftKings and FanFuel.

For the first eighteen months, these popular websites will not be able to operate in the Illinois sports market, allowing local casinos to take priority.

After a further 18 months, three more licenses would be issued for casinos operating exclusively online, at a cost of $20 million each.

These additional funds bring significant financial gain to the Illinois economy, with legislative staff predicting a high return on this investment in the gambling industry.

It is believed that sports betting alone will generate $240 million in one-time revenues from licensing fees and that recurring annual fees will bring in somewhere between $60 million and $100 million after the act has been completely implemented.

The reversal of PAPSA in 2018 marked the beginning of significant changes to Illinois’ online gambling legislations.

At the moment, however, online casino gambling is still considered illegal within Illinois, meaning casino operators can only offer their games in their in-person premises.

For residents of Illinois, however, nothing has changed.  Online casino gambling websites originating outside of the US are still completely legal to use and enjoy.

Poker tables in land-based casinos throughout Illinois have seen a significant rise in popularity in recent years.  However, due to the fact that poker relies on a mix of chance and skill, operators cannot legally operate an online poker site from within Illinois.

Although this is still a game of chance, these games do not require a player to put a buy-in to participate, making it legal under Illinois law.

Despite this, many people have turned to offshore poker sites to get a taste for the real thing.

As with online casinos, it is not a criminal offense for Illinois residents to use gambling websites that originate outside of the United States, however, it is not advisable to do so.

This is because, although there are a number of trustworthy poker sites outside of America, there’s no way to hold them to the same regulatory standards as legal poker websites within the US.

Players have a much higher potential of being scammed; there is no legal recourse if this does occur.

The Regulator Of Online Gaming In Illinois

The official regulator of online gambling is the Illinois Gaming Board, a five-member board appointed by the governor and confirmed by the senate.

The Board was originally instituted to regulate the riverboat gambling industry following passage of The Riverboat Gambling Act in 1990.

Since then, as legalization for other forms of gambling has continued, the Board has taken on additional responsibilities to regulate these other branches of gambling in Illinois.

The latest piece of gambling legislation experienced some problems because two seats on the Board, including the chairperson, were vacant for a month after the act was put in place.

This was soon rectified, however, with Governor J.B. Pritzker announcing these roles had been filled in August 2019, when Charles Schmadeke was appointed the new chairman.

This regulatory team will be responsible for overseeing the integrity of gambling in sports wagering in Illinois, in addition to other forms of gambling as they become legalized in the state.

It has not been easy for online gambling to gain a toehold in Illinois.

Since 2012, one rumored and two confirmed attempts to legalize this practice have failed to gain the necessary support from governing officials.

Recent legislation is showing a change in the ongoing legalization fight and it appears that the steady pressure is finally beginning to pay off.

Most notably, the reversal of PASPA on a federal level has allowed Illinois to use sports wagering as a way to slowly introduce legal online gambling into the state.

Many are hoping that the positive financial gains predicted to come from online sports wagers could pave the way for other kinds of gambling.

Depending on its success, this could lead to legalization that allows online casino operators to offer casino games and poker through their websites.

This will reduce the confusion that currently stands regarding the state of online gambling in Illinois.

Not only that, but the various costs associated with online gambling could have a significant positive impact on Illinois’ struggling economy.