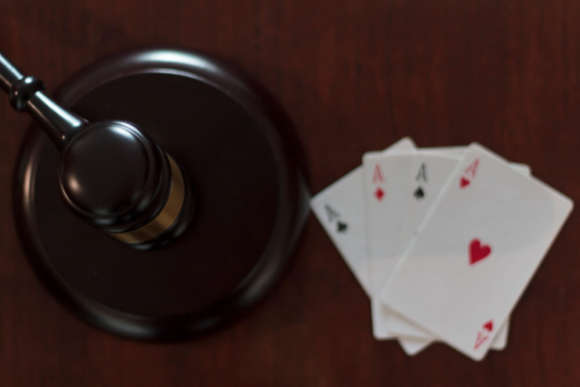 Washington legislators are now just steps away from sending a sports gambling bill through for the governor’s approval.

The Senate’s labor and commerce committee voted 5-2 to send House Bill 2638 on for a fiscal review, which it has now passed.

The bill, along with its companion Senate Bill 6394, is set to legalize sports betting both in-person and through online casinos.

The bill has now progressed to the Rules Committee. If the bill passes, it will move forward to a full Senate floor vote before March 12 and then onto Governor Jay Inslee’s desk for a signature.

Committee Chair Karen Keiser, D-Des Moines, said it was wise to support the bill in order to limit sports gambling to tribal casinos. She added the move would regulate the industry to prevent a larger number of gambling addiction cases and threats of “corruption.”

She told her committee moments before the bill was moved that it was “very wise to take a small first step in moving forward with the ability to have sports gambling.”

Not all are in favor of the bill, however, with some objecting to the urgency to push the bill through. The emergency clause ahead of the bill prevents it from going to a statewide referendum, where it would need a 60% supermajority to pass.

Others are worried the tribes are about to be able to legally introduce sports wagering without being taxed on their revenue.

Sen. Maureen Walse, R-Walla Walla, said: “I think that the state could use the infusion of revenue.”

“I think also what’s good for the goose is good for the gander. If in fact you think there are social ills involved with gambling, why in the world would you let the tribes do it and not everybody else?”

Walsh added the bill was “terrible” and “extremely counterintuitive to the goals we’re trying to reach for equity and fairness in this state.”

Since the Professional and Amateur Sports Protection Act was struck down by the US Supreme Court in 2018, some states have decided to introduce sports gambling as a way to bring more money into the area.

States which have already done so include California, Delaware, New Jersey, and Illinois. Now, Washington state is attempting to add itself to the list in a bid to reclaim money from what is estimated to be a $150 billion annual sports gambling black market.

The American Gaming Association has claimed Washington could generate up to $50 million in annual tax revenue by legalizing sports betting beyond state tribes. The current legislation up for discussion, however, would limit betting to within tribal casino confines - the same as how many of the states’ slots and card games are regulated.

Puyallup tribe chairman David Bean said, “Most Washingtonians do not want to see gambling in every community and on all of our devices.”

“Washington tribes have deep experience of over three decades of strong regulation and overseeing gaming responsibly. We are trusted partners with the state in terms of effectively regulating gaming in a safe and controlled manner.”

He added sports gambling revenue would directly fund community benefits, and noted tribes employ 30,000 state residents through their businesses, which benefits those living both on and beyond reservations.

Officials from Nevada-based Maverick Gaming LLC and other gambling operators have argued the state should explore opening sports gambling as well as other card games and online poker for non-tribal casinos. Maverick has said it wants to add sports gambling to its state venues, which are only able to offer limited card game gambling so far.