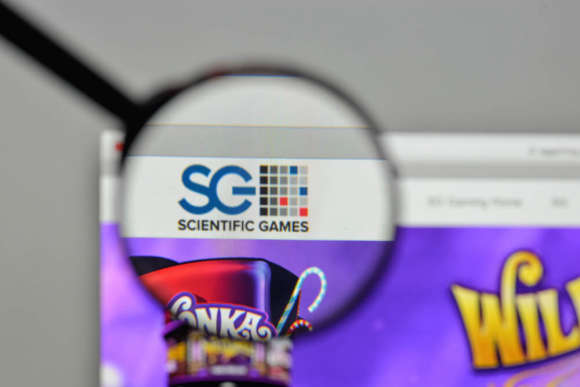 Scientific Games is rebranding! Henceforth, Scientific Games will now be known as 'Light & Wonder', which will reflect the firm’s shift to a focus on world-class gaming services.  Ever since last year, Scientific Games has been working hard to realize its cross-platform approach in order to deliver the best games to brick and mortar casinos, as well as online and mobile casinos in both free to play and real money gambling markets.

In October last year, Scientific Games announced that it would sell its lottery business, which it did to Brookfield Business Partners for approximately $ 6 billion. Now that the brand is known as 'Light & Wonder', it will keep operating under an assumed name until it can change its name officially in Spring this year.

Recently, Light & Wonder announced that it had managed to successfully reduce its debt by more than half. Light & Wonder says that it managed to do so after it finalized a series of debt refinancing transactions from the earnings of the latest sale of its lottery business. As a result of this sale, the brand is now refinancing the funds, which include retiring an existing term loan of $4 billion.

The proceeds are also being utilized for redeeming close to $3 billion in secured and unsecured notes, while also securing a billion loan facility that’s estimated to cost $ 2.2 billion. As a result of the refinancing, Light & Wonder’s debt has gone down to $4 billion from the initial $8 billion it had incurred.

But it’s not just growth in the US iGaming space that Light & Wonder is focused on. Earlier this April, Light & Wonder strengthened its iGaming presence in North America after it debuted its platform and in-house developed game in Ontario. Ontario recently legalized its iGaming market, which is now an open online betting market that includes single-event sports betting, as well as online casino games.

The iGaming market in Ontario debuted this year on April 4th, thus allowing private casino operators and sportsbooks to accept wagers legally within Ontario. Before the iGaming market was approved officially, punters would only place bets through the government-operated Ontario Lottery and Gaming Corp site or via brick and mortar casinos in the province such as Caesars Windsor.

By the time Ontario iGaming was being launched, 17 iGaming operators had set up their services with several more expected to debut in the coming months. One of the companies approved to offer its services to punters in Canada is Light & Wonder. When iGaming Ontario, a subsidiary of AGCO or the Alcohol and Gaming Commission of Ontario debuted its online gaming market for private operators, Light & Wonder was among the very first brands present.

Light & Wonder was allowed to unveil its product offering successfully after meeting strict compliance standards that had been set out by AGCO. This move will help Light & Wonder extend its reach while providing operators and punters in Ontario a wide array of popular online games, as well as access to its OpenGaming technology.

As a result of this approval, Light & Wonder will offer its best games created in its in-house studios. These games include Lightning Box, which is already a popular game among punters in Canada. Some of the other games on offer will include ReelPlay, Big Time Gaming, as well as Blueprint Gaming.

Light & Wonder’s OpenGaming technology will deliver more than 3000 online games that consist of a mix of in-house and 3rd party game studios. All the games on offer in Ontario will be supported by a wide-ranging array of betting tools, thus helping to ensure that a safe and enjoyable gaming experience has been delivered for punters.

Light & Wonder’s launch in Ontario has been a significant move that further pinpoints the brand’s desire to continue its stable and continued growth in vital incipient markets all over the world. With unique and one-of-a-kind content to offer, Light & Wonder has strong motivations for holding the top position in Ontario, just like it has in the US betting market.

Over the last few months, Light & Wonder has been pursuing a series of strategic moves that have allowed the brand to transform itself into a cross-platform international gaming entity. Some notable efforts made by the brand include the divestiture of its lottery and sports wagering vertical.

The re-branding of its corporate name from Scientific Games to Light & Wonder has also been part of the transformation. The divestiture process is aimed at helping Light & Wonder optimize and strengthen its balance sheet while also allowing the brand to target investments in its most profitable growth prospects.

The steps that Light & Wonder has taken over the last couple of months will accelerate the brand’s path to become a content-centric growth brand that is focused on leading in both online, as well as brick and mortar markets. Light & Wonder is looking to position itself as the creator of world-class games that will define the future of iGaming.

Just before the year came to a close, Light & Wonder launched its newest, most advanced lottery instant game. As a result, Light and Wonder is now the biggest creator, manufacturer, and service provider of the lottery instant scratch games in the world. In November last year, the brand also entered the live casino market in Europe following its acquisition of Scientific Games.

Just Recently, Light & Wonder also released its intergalactic adventure game dubbed Stargate Megaways. The game was released on the brand’s OpenGaming platform and will feature some of the most innovative features, imagery, and mechanics in the market. The slots game will be available to all Light & Wonder customers worldwide.

With this rebrand, Light & Wonder sees a tremendous opportunity to keep providing its shareholders and customers value by creating wonderful games. The steps that the brand is taking have been aimed at strengthening Light & Wonder’s balance sheet, as well as its ability to keep offering value worldwide.