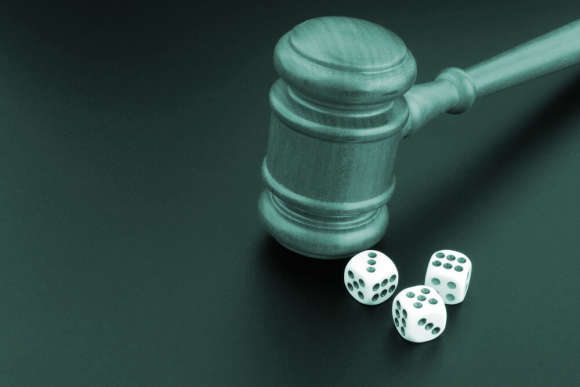 Maverick Gaming which has been operating as a private business since 2018 has managed to amerce a wealth of assets in rural Nevada. Among the properties owned by the brand are a non-gaming hotel in Elko and four hotel-casinos. Putting together all the facilities within the establishments, Maverick’s casinos in Nevada have over 1,200 hotel rooms, 43 table games, and close to 1,700 slot machines.

According to the CEO of Maverick, Eric Persson, the future of the company is based in the Pacific Northwest. Out of the 44 licensed cardrooms in Washington, 19 are owned and run by Maverick. From a financial perspective, this portfolio brings in an estimated 50% of the company’s overall revenues. Each of the cardrooms has a maximum of 15 table games (poker, baccarat and variations of blackjack).

In 2020 and 2021, Maverick tried to push for the inclusion of cardrooms in legislation that permitted tribal casinos to offer sports betting. This was the basis on which the federal lawsuit that the company filed in January 2022 was based. The management of Maverick made claims to the effect that it was unlawful that the Native American casinos had been granted “discriminatory tribal gaming monopoly.”

At the moment, 20 out of the 29 tribes of Washington that run gaming operations have modified their compacts to include retail sports betting. However, only nine tribes have had retail sportsbooks launched in 12 casinos. Although mobile sports wagering is permitted, it is only allowed within the physical boundaries of the casino. FanDuel, DraftKings, Caesars, and BetMGM sportsbooks have branded their sports betting facilities to align with Washington tribes’ regulations. Sports betting hardware for the five betting locations are supplied by the International Game Technology.

Persson argues that expanded sports betting would accord Maverick the power to convert sections of the cardrooms (poker, baccarat, and variations of blackjack) to sportsbooks to create room for the employment of 10 extra employees at each location. The company currently has a workforce of 2,000 employees in Washington. He has hinted that the company will once again seek a legislative amendment to allow sports betting at the company’s small facilities when state lawmakers gather next year. He is not ready to let go of the legal battle.

The lawsuit which was originally filed in Washington, D.C., has since been transferred to the federal District Court in Washington State. Persson is of the opinion that the law that had been earlier passed by Washington State was being misapplied. There is a possibility that the case might eventually be heard at the Supreme Court. When this happens, the Maverick Gaming is optimistic that they will have a chance at winning the case.

Tribes have the Say

On the legal corner of Mavericks Group is Gibson Dunn, a renowned law firm that represented New Jersey at the SC in a case that was ruled in favor of overturning the Professional and Amateur Sports Protection Act (PASPA) in May 2018, ultimately allowing states to legalize and regulate sports betting. Washington is among 31 states where sports’ betting is legal and part of the 5 states where tribal-owned casinos are the only licensed operator. Maverick is up against The Washington Indian Gaming Association (WIGA) that is against the company’s sports betting operations in the state. The Executive Director of WIGA, Rebecca George, says that the lawsuit filed by Maverick is an act of express mockery of the federal Indian Gaming Regulatory Act (IGRA).

In a statement made in January by Ted Olson, an attorney from Gibson Dunn mentioned that IGRA was being used to cushion tribes in Washington State from industry competition that exists in many other states with legal gaming marketplaces. He considered the act to have outlasted its mandate because it had been passed at the time to guarantee uniformity between tribal and non-tribal gaming. The intent has since changed and Washington State is misusing IGRA to create tribal monopolies on particular types of gaming, like sports betting.

The primary location of Meverick’s cardrooms is within communities around the Seattle metropolitan area like Lakewood, Bothell, Renton, Everett, and Kirkland. There is also a Maverick cardroom in Yakima, about two hours southeast of Seattle. These cardrooms are often sections within small strip malls or nondescript buildings. Gaming customers have access to food counters and bar lounges while a few have off-track betting kiosks dedicated to horse racing.

Just like how a local tavern works, the locations take care of those around them. Most of the bars have specialized in the sale of electronic pull tabs (a low stake game that is more or less like bingo or keno). For Persson, this market which comprises of several Asian population centers, Baccarat makes up 80 percent of Washington business. He believes that their customers are always on the lookout for a more intimate setting and this is what the team endeavors to offer. The fact many of the customers are mature means that their mobility is quite limited – the focus is on creating a smaller but different product.

Maverick acquired the cardrooms it owns through transactions that took place between 2018 and 2019. Since Maverickmis a private company, the financial terms of the acquisitions were not made available for public scrutiny. There was a plan to have the four locations repositioned but that was slowed down by the pandemic. Since the Covid-19 heat is out of the way, Persson is optimistic that there will still be an expansion of the company.

Sports’ betting is according to Persson the boost to the company’s overall net revenue from Washington operations. This is an area of the casino ecosystem where the demand curve has continued to experience exponential growth. It is definitely going to be worthwhile for casino customers to be in a cardroom playing poker, blackjack or just watching weekend sports.