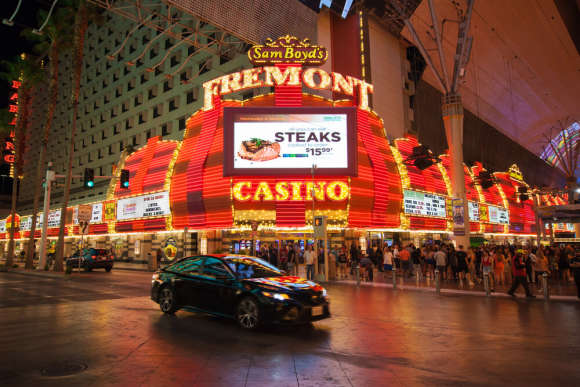 There have been various efforts by journalists to siphon information for company staff related to the Las Vegas plan but no one is willing to go on record.

Last week after FanDuel had been listed on the Nevada Gaming Control Board agenda, there was a wave of curiosity around the issue and everyone wanted to get a hint on what was happening. Efforts by industry commentators to try and get a FanDuel spokesman to comment were thwarted by an outright decline.  Either way, the listing means that there will be a series of hearings before the final approval is granted.

The first one will be happening in a week and will pave way for the final deliberations of the Gaming Commission. Although this information has been whispered a lot in casino circles in the greater US scene, the company is yet to offer an official statement on the same. The public is propagating it widely because this means even more money in their pockets if it is indeed true. Even the media will spread such news because it is a potential revenue stream for the local authorities as well as the state.

While it appears that there is a secret pact on the issue, not everyone considers this development as anything to keep close to their chest. An official from Boyd Gaming has confirmed that the Nevada Independent report was indeed true – FanDuel is set to open a retail FanDuel Sportsbook at its Fremont property.

The retail sportsbook will be housed on the Boyd property but will be entirely run by FanDuel. As such, it will feature FanDuel branding materials and even odds but the employees who run the place will be under the Boyd payroll.

Commenting on reports indicating that the casino community of Nevada is eager for the entry of FanDuel into the market, a spokesman of the gaming company spoke highly of their partner. The Fremont and downtown areas now have their own caliber of entertainment that will not only offer an unforgettable experience but also keep the partners happy. The current huddle that FanDuel management must cross before they can open its doors is receipt of required regulatory approvals.

It is believed that FanDuel has a huge promotional budget and a single market is too little ambition for the team. The secrecy surrounding the expansion plans could be due to the fact that the brand does not want to reveal the many retail books it is set to open all over the country. Fremont is currently under construction to renovate the premises before the end of the year.

The CEO of Boyd, Keith Smith is out to grow the company’s presence in areas where it operates. There are now a total of 10 casinos that Boyd owns all over Las Vegas. Even though the market access deal that Boyd has signed with FanDuel does not cover Nevada operations, Boyd has a 5% stake in FanDuel and that is enough reason to support their expansion.

A 5% stake must not sound like much but Boyd is having a bowling party courtesy of FanDuel generated profits. For this year, the company is estimated to make $30 million in cash flow from the shares this year and this should continue to grow according to Smith. At the point when the approval will be granted, it will mean that the stake earns seven more for Boyd; from sportsbook revenue and from other games hosted at the premises.

Nevada has for a long time been known as the destination gambling monopoly capital of the world. It is quite interesting then that FanDuel and DraftKings have not made their way into the Nevada sports betting scene as yet.

There are many opportunities in the gaming industry and it is easy for companies to fall behind one as they chase another. After PASPA casino operators chose individual paths to advance their business agendas. Certain laws and regulations plunged the state to the back position for the pair of DFS giants as they paid more attention to other opportunities.

The two companies exited Nevada in 2015 when it was established that daily fantasy sports operators would require a license like other gambling companies. Companies that at the time did not have operating licenses were closed down – FanDuel fell into this category. It is now more than 7 years later and the company did not only bounce back but also runs operations in 15 states out of the 30 that have been regulated. Some of the vibrant markets that have hosted the betting brand include New York, Pennsylvania, Michigan and Iowa.

The company is currently focused on increasing its market share and that explains the recent appointment of Andrew Sneyd as the company’s new Marketing Executive Vice President. The most obvious goal for the company is to optimize its marketing function spread out in various brand portfolios. Sneyd’s primary role is to oversee the marketing of FanDuel offerings and ensure that the existing gambling channels (free-to-play, advance-deposit wagering, casino, daily fantasy sports, sports betting and retail) get to rake in impressive revenue quotas.

Another key component of the gambling regulations in Nevada is the in person registration requirement that has had a large impact on the growth of the Nevada sports betting market. Collaborations with businesses that have consistent traffic is what FanDuel has banked on by dealing with Boyd’s Fremont.

Las Vegas has always been a welcoming destination for those that need to set up a flourishing casino business. This traditional betting destination has nurtured many major casino industries to the point of giving them wings to scale into other jurisdictions. Sportsbooks are particularly popular with the younger generation of bettors and most casinos want to have a bite of the pie. With Boyd Casino already served by this wave, the profits can now start flooding in.