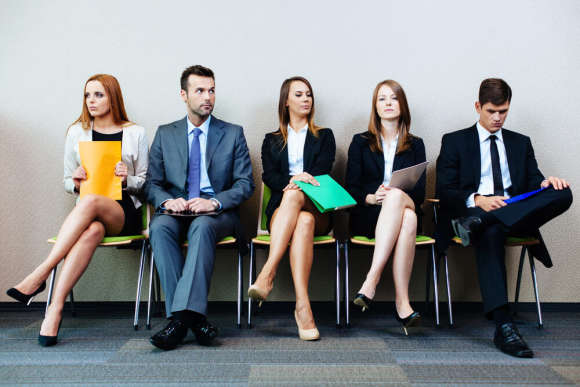 It has been more than 7 years in the making. However, Resorts World Las Vegas is finally ready to open its doors to guests this coming June. Resorts World has been accepting reservations for the opening date, which has been scheduled for July 4th.

Apart from making sure all the final details have been finalized, the management of Resorts World Las Vegas is also still filling various job vacancies. Almost all amenities in the new resort will be ready for use except the theater. The 3,500-room resort will be located on the west side of the Strip, not too far from Circus Circus and Slots-A-Fun.

Resorts World has been under construction for years but it is exactly what the Vegas landscape needs to revive itself after months of dormancy caused by the pandemic. Resorts World is expected to redefine the hospitality industry in Vegas by offering an unmated experience inspired by Asian culture and one of the widest variety of hotel accommodation anywhere on the Strip.

The resort is hoping to fill thousands of job openings. The resorts started the recruitment process last year and have been conducting virtual interviews for some positions. The resort has already placed as many as 1000 individuals but the goal is to have as many as 6,000 employees in place before the opening date.

The hotel claims that it has received as many as 90,000 applications so far. However, most positions particularly those involving frontline workers such as bartenders, table dealers, valet, cooks, housekeeper, and so on will be hired a few weeks before the opening to be in line with safety precautions that have been laid out by the state.

Entry level and management jobs are also available including work in a broad range of departments including surveillance and security, IT, as well as jobs on the casino floor. The casino jobs available ran the gamut from cage supervisors to cocktail servers. Despite what has been a challenging year for the retail casino industry, casino jobs still remain high in demand.

Combining 3 Hilton hotels in one resort, there truly is something for everyone. But more importantly, the hotels will need to be filled with staff members for all sorts of duties as well. The 3 Hilton hotels to be incorporated within the resort include:

In addition to the accommodation, the hotel will also have more than 40 food and beverage outlets for guests to choose from. For entertainment, there is a 5,000-capacity concert and entertainment venue capable of handling everything from conferences and conventions to concerts and performances.

The opening of Resorts World couldn’t have come at a better time. Gov. Steve Sisolak has been gradually easing restrictions, allowing for more non-essential businesses to return to work. For instance, Sin City strip clubs can now resume at 80% capacity. However, strict social distancing guidelines still have to be maintained as safety is still a top priority.

The governor also loosened restrictions on large gatherings, which means that meetings and conventions, as well as entertainment venues can now welcome large gatherings of at least 50% capacity. This directive is what Vegas needs to reignite the quiescent events and meetings industry that had been keeping the city going for decades.

There is a clear pent up demand for the Las Vegas experience. Resorts World as well as the older players will be there to ensure that arriving visitors get a dose of what Vegas is known for. The first convention expected in Vegas is the World of Concrete, which is expected to take place in June 8th to the 10th at the West Hall; the newly renovated facility at the Las Vegas Convention Center.

Thousands of people were affected by sudden job losses when the state shut down operations for all non-essential business. Resorts World will now help a lot of individuals in the Valley that have gone without jobs for almost a year. Resorts World is the biggest project the city has launched to date in 10 years. As such, it will need a lot of employees to keep things running smoothly.

It’s not just Resorts World that is hiring

Vegas was one of the hardest hit cities owing to the leisure and hospitality component of the city. The booming casino, hospitality and entertainment industry made Vegas one of the most highly sought after destinations. However, the public health guidelines shut down all casinos and hotels and even when they were allowed to return, it was only a limited capacity.

Even then, the jobs did not really come back-until now. Travel is slowly starting to pick up as more and more people around the world get vaccinated. Although Resorts World is the newest kid on this block, it isn’t the only new kid.

Not too long ago, Circa Resort & Casino also welcomed its first round of guests and employees. The 35 story resort composed of 777 rooms was the first casino to open its doors in downtown Las Vegas in more than 4 decades. Circa Resort & Casino boasts a high end steak house, and one of the most popular sportsbooks in the downtown area.

The newly expanded Las Vegas Convention Center also welcomed a number of employees just before the end of the year. The convention center added a new Hall known as the West Hall boasting 328,000 SQ Ft. of column-free space, the largest of its kind in the entire country.

The West Hall will make its debut in June when it welcomes the World of Concrete. The West Side of Interstate 15 also has a new attraction referred to as AREA15 that highlights work from artists and performers.