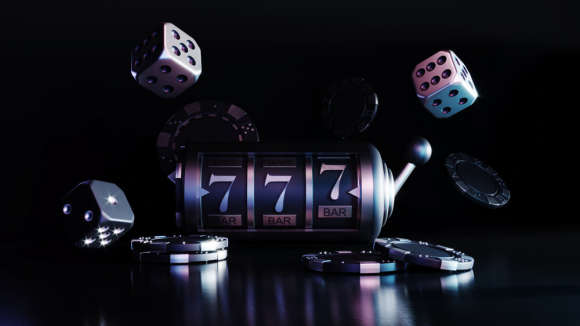 Slot games players will marvel at the news that there is a new slot on the loose; Little Gem by Pragmatic Play. With this release, the developer hopes that players will be able to interact more with online games for an overall superior experience. The first glance of the slot title has been designed to get players hooked and eager to explore more. Not only is the visual experience superior to what is currently available in the market but the gameplay is exciting.

Little Gem comprises of a unique wild substitution that is applicable to all the game’s symbols except the gold and silver money symbols. For players who choose to play this game, part of the motivation to keep on is due to the likelihood that they will win 50x the size of their stake.

Every time a player lands three money symbols on the reels, a payout to their account is credited. Obviously, this is the main event that players are looking out for when engaging in a round of Little Gem. The thrill of this game begins the moment a player launches the game and proceeds until they no longer want to continue spinning. Players who are prone to problem gambling need not be concerned; the trick in controlling how much time and money you spend on the games is early planning.

For the management of Pragmatic Play, there will be a high volume of players registering and returning to play on online casinos through the influence of Little Gem. One of the features of the game which the content creator is confident will keep players coming back is the Hold and Respin. With this feature, which only gets triggered when 3 money symbols land on the middle reel, it is possible for an individual player to walk away with 2,460x their bet.

After the Hold and Respin feature has been activated, the middle reel will remain and each of the coins appearing here will be tallied together based on their value. This figure will at the end of the game be added to what a player has earned in wins. The management of Pragmatic Play is therefore correct in their prediction that the Little Gems slot is going to pull in a real crowd.

Based on the caliber of games that Pragmatic Play has released into the market in the past, Little Gem has a huge task of living up to this reputation. Games released before this one all have multiple awards linked to their impact on customers and industry as a whole. Some notable games from the past are Fire Strike 2, The Great Stick-Up, and Goblin Heist PowerNudge. The extensive portfolio has more than 200 titles each of which has been recognized in the industry.

According to the Chief Business Development Officer at Pragmatic Play, Yossi Barzely, Little Gem comprises of rewarding multipliers and simple gameplays – important aspects that out-rightly complement each other. The development team did justice to the appearance of the game and the first impression is that it is visually striking. Apart from being in a position to deliver an engaging experience for its users, the game is expected to influence many future returns.

The operation muscle, with which Pragmatic Play delivers on its core business of proving betting industry and iGaming solutions, is fueled by a team of reputable partners. Leo Vegas, Bet Construct, 888 Casino, Kindred, and PokerStars are the brands that keep the developers brands relevant in the market. With authorization to promote and offer its content in more than 20 legalized markets in the US, Pragmatic Play keeps its content fresh through regular innovation. Some of the gaming areas where the developer is vibrant in developing content include bingo, sports betting and live casinos.

Judging from the pace at which the management of Pragmatic Play is conducting its business in the casino industry, one can easily tell that the brand will gradually rise to the top of its league. Like other similar companies operating in the same sector, this developer brand is ultimately going to lead the competition. Its portfolio comprises of iGaming content as the area of interest but there are multiple products designed purposely for mobile devices.

Even though Pragmatic Play is to a large extent classifiable under B2B, the company has in the recent past unveiled plans to roll out a responsible gaming program. The management is focused on fostering community responsibility as far as gambling is concerned hence the initiative. The company will be leveraging its various licenses to stimulate a mentality of social responsibility among casino players. There are obviously other initiatives run by different organizations but the issue is quite serious and every possible resource is important in tackling it.

In addition to nabbing problem gaming at the bud, Pragmatic Play is also concerned about user protection. By ensuring regular platform audits and integrating player protection software with the main site, players are sure of their security and safety of information shared on the site. To provide all players with shared sense fairness, the developer has announced that all its games will be passed through a third party user tester for quality assurance.

Slot lovers never tire of exploring new content – there are thousands of titles out in the market already but many a player would rush to experience one more that has just been released. This pressure to offer something fresh is what casino brands leverage when entering into agreements with content creators. Having had a taste of Little Gem, many bettors are now eager to explore the next one.