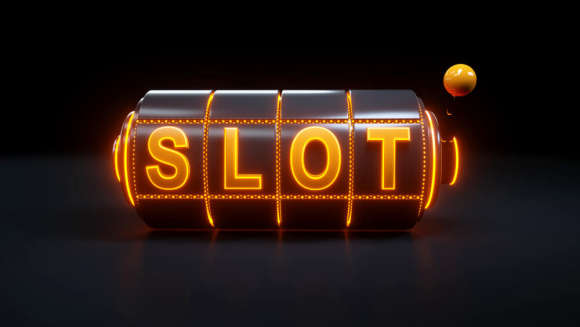 Slot lovers are always on the lookout for the latest titles in the market, no wonder a new release could easily become a hit in the market. Pragmatic Play has been an industry leader for a long time especially due to its player favorites. Now, Hot Pepper has been released and the developer is eager to see how well it performs. A fresh 7×7 slot with cluster wins, multipliers, free spins, and a Mexican-inspired theme, there are high chances that it is going to top the charts.

This is however not the first time that the studio has released such a phenomenal gaming title – it joins the studio’s cluster of games that displays a harmonious co-existence of wild symbols and cluster mechanics. Some of the games that fall into this cluster are Fruit Party 2 and Wild Beach Party. It is still too early to gauge the impact the Hot Pepper has had on the market so far but the unfolding of events is also bound to be interesting. For those who would like to try out the slots, here are some crucial details to take into account; the minimum bet is 0.20 and a single win can be as high as x10,000 times a multiplier.

The setup of the game is a grid comprised of seven lines and an equal number of rows that have been packed with symbols such as tacos, limes, piñatas. The sandy location that immediately resonates with Mexican origins depicts a desert in the hot and dry region of the planet. Framed within a large frame made out of wood, the game is packed with rocky cliffs, plants, cacti, and lizards. To entertain players and set the mood for play, there is an upbeat soundtrack. The image of a happy character wearing a sombrero and who can be seen animating the reels gives it a fun look.

To win in this game, a player must generate a cluster that bears a minimum of five symbols adjacent to each other. Once a winning combination has been obtained, the symbols responsible vanish from the grid, creating room for new symbols that tumble into their place from the top. Look at how the symbols load on the grid and you will notice that every winning cluster generate a pepper wild.

When the wild symbol appears on the reels, it replaces all the other symbols appearing on the reels at the time. This makes it easy for players to succeed at their attempts to gather wins that appear at the end of every new tumble. Sometimes there is a multiplier accompanying the appearance of the wild symbols. The size of this multiplier continues to grow depending on the number of symbols that made up the original cluster and the number of tumbles thereafter. The highest multiplier possible is 128x.

Imagine how much spin practice can be realized with 12 spins. Well, players can bag a scoop of 12 free spins on the games if they land a minimum of three bonus symbols on the reels. All the wilds generated during a free spin round begin at the maximum level. This translates into a minimum of 16x multiplier which can rapidly climb up to a maximum of 128x. The size of the multiplier is determined by the number of symbols creating the winning cluster.

According to the Chief Operating Officer of Pragmatic Play, Irina Cornides, the new release is going to cause a ripple in the gaming market. It is a title that has been designed to offer thrill as well as interact with players at their levels – it speaks directly to the heart. By taking features from its other popular games, Pragmatic Play developers have retained a sense of familiarity which they have spiced up with a pinch of Mexico.

Everyone knows Mexico for its rich geographical landscape and this has been captured clearly in the game’s graphic. There are hints of Mexican culture all over the reels and there is no way players will forget what theme they are on. If you enjoy Mexican music in any form, the background music is going to take you straight to the heart of the game and you will have no option but to win. Don’t worry if you immediately get hooked to this game – the studio has a history of releasing several slots on a monthly basis.

Some of the latest slots that the studio has launched into the market include Reel banks and Bigger Bass Blizzard Christmas Catch. In December 2022, Pragmatic Play announced that they had entered an agreement with Azerion’s brand Whow Games that would see the slots of the latter incorporated into the top social game providers in Germany, in turn consolidating its reach and presence in the country.

In the first week of 2023, the company is on record for releasing Darts, which is the latest title within the Virtual Sports subsector. With this game, the company has managed to bring the thrill of real bingo to the virtual world by making use of state-of-the-art technological features and video animation. Well, back to Hot Pepper – how does one know just how hot the pepper is? Look out for the games unique features that will definitely fire up the taste buds.

Like a hero would shovel down a hot pepper to impress their fans, there is high value to be obtained by bringing your best to the game. If you are looking for real action, skip the testing mode and head straight to the real money play option. Players get only one chance to plant a wild multiplier since the second instance it appears means putting it to use. This is a demonstration of the highly volatile nature of the game. Pay attention to the gameplay because in as quickly as it can become tantalizing, it could pull away to nothingness.