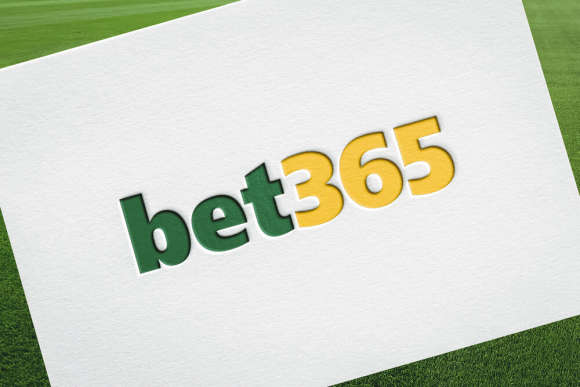 Pragmatic Play Launches Online Slots Portfolio With BET365; Bolsters Footprint in the UK and Beyond

Pragmatic Play Launches Online Slots Portfolio With BET365; Bolsters Footprint in the UK and Beyond

Pragmatic Play recently signed a central milestone deal with international British online gambling company bet365. As a result of this partnership, Bet365’s customers will now have access to Pragmatic's extensive portfolio of slot games. According to 356, this deal with Pragmatic marks an important moment for the brand as their customers can now look forward to enjoying a wider variety of slot titles.

From this deal, Pragmatic’s customers will have access to some of the most popular slot titles including award winning slot games such as Wolf Gold, Gates of Olympus. Bet365 customers will also have access to some of Pragmatic’s newest releases including Chicken Chase, as well as Drill That Gold. At present, Pragmatic boasts an excess of 200 slot game titles that will all be available to Bet365 customers henceforth.

As part of the new partnership, Bet365 will also be taking part in Pragmatic’s Drops and Wins promotions. Pragmatic’s play run is arguably one of the best provider promotions in the iGaming industry. In February this year, Pragmatic announced that it would be boosting the now famous Drops and Wins Promotion with a whole new prize pool for both slots, as well as live casino.

As of January this year, the Drops and Win promotion will be offering an unbelievable prize pool of €1,000,000. This prize pool will be up for grabs every month as part of Pragmatic’s effort to offer an elite product to all its operators, which now includes Bet365. Not only will this prize pool help Pragmatic’s clients attract more users, but the brand has also made it super easy for its operators to integrate the promotion on their sites.

But it’s not just Bet365 that stands to gain from this partnership. Owing to this deal, Pragmatic Play has effectively bolstered its presence in more jurisdictions and territories. Indeed, Bet365 is fully legal in many countries around the world and is one of the biggest and most respected online betting sites in the world. This means that this deal presents a big opportunity for Pragmatic Play’s expansion plans as well.

Some of what will be up for grabs moving forward for La Troya’s customers includes titles like Clover Gold, Goblin Heist Powernudge, as well as the well-known Spirit of Adventure. La Troya’s customers will also have access to favourite classics such as The Dog House and Mustang Gold.

In addition to these new titles, La Troya will also have access to Pragmatic’s live casino portfolio that will be made up of classic card games such as blackjack and baccarat. Also included in this strategic partnership is virtual sports, which will offer La Troya’s customers a chance to wager on sporting events including Force 1, as well as horse races.

BetWarrior is younger than most brands in LatAm. As such, this partnership with Pragmatic will be instrumental to the brand’s growth in the region. With this deal, Pragmatic has also now gained a presence in Buenos Aires, yet another jurisdiction in Latin America. The BetWarrior online sports betting and casino platform is already present in 11 other countries in the Latin America region.

To expand its presence in Spain, Pragmatic Play also recently signed a partnership deal with Versus, a popular sports betting and iGaming brand. This agreement sees Pragmatic’s slot portfolio going live within Versus’ online casino. Versus is one of the most recognizable online casinos in Spain having enjoyed a presence in Spain’s sports betting market for close to 11 years.

With its partnership, Pragmatic now has an opportunity to position its brand in Spain’s regulated betting market. The Spain betting market is one of the most vibrant and profitable wagering markets in Europe, which will allow Pragmatic to fulfil its number on mission. Pragmatic has been working hard to position itself as the leading developer for premium entertainment to operator globally.

Pragmatic also sealed a deal recently with Stake to deliver a purpose constructed dedicated studio. Stake is one of the biggest Live Casino operators in the world and the deal will see Pragmatic build a 12-table studio complete with Stake branding.  Included within this massive space will also be 10 blackjack tables, one that will be dedicated specifically to roulette and the other to speed baccarat.

Unlike many other betting platforms, Stake’s platform is community based and caters to a lot of punters using cryptocurrency. The brand has a strong presence in several countries including Brazil, Canada, and more. As a major emerging force in the iGaming landscape, this partnership will be beneficial to both brands’ growth and expansion plans.

In Brazil, Pragmatic made further expansion plans by teaming up with operator Jogos da Sorte in a strategic agreement that will see the debut of 2 verticals. Customers that have accounts with Jogos da Sorte will now gain access to Pragmatic’s collection of titles. As part of this partnership, Pragmatic will also provide Jogi with its extensive collection of Live Casino games that will consists of traditional card games and more.

Pragmatic Play will likely keep securing such strategic partnerships with operators all over the world as it continues to bolster its footprint in the US, UK and beyond. To fulfil this mission, leading content provider will keep releasing new games and slots that will allow the brand to keep dominating in the iGaming industry.