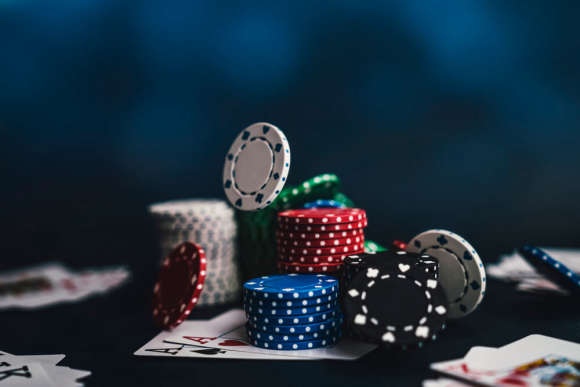 The PokerStars Spring Championship of Online Poker, typically abbreviated SCOOP, is one of the most-watched online poker tournaments in the world. Recently, SCOOP 2021 concluded and easily surpassed the $100 million guarantee. For the second consecutive year, Michigan hosted a SCOOP series, joining Pennsylvania and New Jersey.

The schedule of this year’s PokerStars SCOOP was released in mid-April this year, promising yet another grand poker tournament starting in May. This year’s festival will run from Sunday, May 8th, and will conclude on June 1st. The 2022 SCOOP will offer $78.5 million guaranteed across 107 events.

Each of the different events will feature low, medium, as well as high buy-ins so that there can be as much variety as possible. As is the norm, the SCOOP festival will culminate with 3 Main Events. The Main Events will kick off on May 29th and last for 4 days. The first Main Event, the $109 NLHE Main Event will feature $2.5 million in guarantees.

The Sunday Million is one of the most anticipated events because it comes with a small buy-in of $55. The Super High Roller, on the other hand, will be a $25,000 event offering $1 million in guarantees. This year will also feature the return of the Phase Event to the schedule.

In 2021, SCOOP featured 6 Main Events that all smashed through their guarantees. At least 600 poker players registered and bought into the Main Event, despite being required to buy-in with at least $10,000. These players ensured that the $5 million guarantees were surpassed by close to $1 million.

The 2021 SCOOP also featured 3 Main events each promising colossal 6 figures. Consequently, it is "kZhh", Mario "livinmydream1", and "Cantaloupe91" that would emerge as winners of the Main Events. Apart from all the action of the Main Event, participants were treated to several other events including the $215 NLHE SCOOP Phase 2, which included a $2 million guarantee. During this event, "Virgilik" from Romania would end up defeating more than 10,000 runners to win the first prize of $161,650.

Mario "livinmydream1" Mosboeck from Austria entered his name into the poker history books when he won $838,909 during the $1,050 NLHE Main Event. The Austrian champion is a representative of the well-known online poker training school Pokercode. Before his win, Mosboeck had been named one of the fastest-rising players in last year’s Grindhouse series.

"kZhh", on the other hand, walked away with $878,781 from the $10,300 NLHE Main Event. This was quite an impressive performance as it was "kZhh’s" very first SCOOP tournament. Other players that took part in this event include David "MissOracle", Jareth "jareth3542", "Beowulf3182", and more. Among last year’s SCOOP champions also included Damian Salas who has previously won a WSOP Main Event.

The 2022 PokerStars European Poker Tour finally came to a thrilling halt in the first week of May with Marcelo Simoes from Brazil being crowned champion. This year’s European Poker Tour stop was presented by Monte-Carlo Casino and featured a field of 1,073 entries in the €5,300 Main Event.

Mesqueu went head to head against Morten Hvam to secure the largest slice of the €5,204,050 prize pool. This year’s event was also the second-largest European Poker Tour in the history of the stop organized each year at Le Sporting Monte Carlo. This was also the first time for the European Poker Tour’s Main Event to be held in Brazil.

The top prize of €939,840 was Marcelo Simoes Mesqueu’s largest cash prize of his career. This was a momentous victory not just for Marcelo, but for his home country as well. He stands as the first Brazilian to win a European Poker Tour Main Event.

This partnership will allow both PokerStars and Red Bull to reach a broader audience. As a result of this strategic partnership, Pokerstars players should expect fun and exciting rewards, as well as special Formula one competitions, experiences, and promotions. This is the second time that an online poker brand has partnered up with a Formula One brand.

Last year in May, PartyPoker announced that it had entered into a strategic collaboration with McLaren Racing, which is one of Red Bull’s biggest opponents. Owing to this deal, PartyPoker and PartyCasino branding will now appear on McLaren’s cars as it is a multi-year partnership.

As the Spring Championship of Online Poker continues to unfold throughout the month, lucky participants will keep being awarded massive prizes. It is very likely that PokerStars will smash the original guarantees, just like it did last year.

This is the third time that the iconic SCOOP will be played out in the three states simultaneously. Poker players in New Jersey, Pennsylvania, and Michigan will battle it out for a chance to walk away with the most coveted titles of SCOOP.