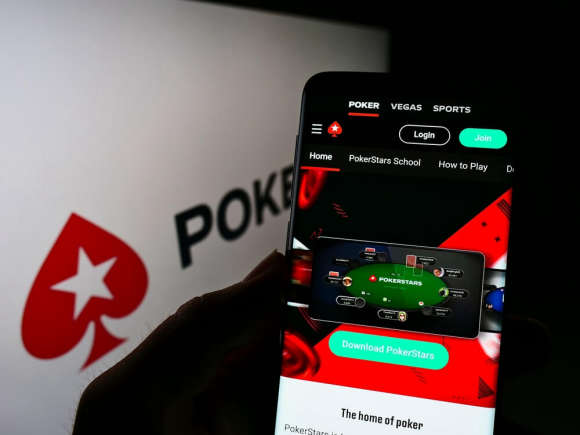 If you are a bounty fan living in the US, you better gear up for a real PokerStars USA treat. Scheduled to begin on May 13, in the states of Michigan, New Jersey and Pennsylvania, the poker host will be facilitating a Bounty Builder Series.

The organizers have already set the total guaranteed prize for the three locations as $2 million. Considering the wide variety of bounty games available throughout the tournament, it is expected that a large number of players will sign up for the thrill. For the 11 days ending for which the tournament will be running, bounty lovers will be treated to numerous activities.

In Michigan and Pennsylvania, poker players will strive to outdo each other in 44 games but New Jersey players have three more events added to their game list. The prize guarantee for the 3 states is far from even; PokerStars PA has dedicated more than $1 million on its games, while PokerStars MI is offering a little over $700,000 and the last, PokerStars NJ will be giving away $634,000.

The Bounty Series have been split into multiple formats to deliberately pump up an appetite for online players of poker. By virtue of the series title, each game that has been lined up on the play schedule in the three states is in a way a bounty game. The games have been split down further to accommodate variety;

The last Sunday of the tournament is the date for the Main Event which will happen on two different timeslots in each of the three states. One event will have a buy-in of $300 while the other one will be accessed by paying a sum of $50. The two games will take place over a period of two days with a kick off time of 5 pm and 5:30 pm respectively.

If you are in a state within the United States where online poker has been regulated, you are eligible to take part in the bounty builder series by PokerStars regardless of the size of bankroll. The wide range of pay-ins for the various games is an indication that the tournament is open to all poker players. In the three states that will be hosting the tournament, there are over 35 games with pay-ins of $100 or less and over 25 where the buy-in is $50 or less.

To get a full picture of the kind of players that will be accommodated by the tournament, think of a buy-in range of $5 to $1,000. There will be one $1,000 high roller trophy event which is the most costly of the five trophy events that will be taking place over the three locations. The trophy events are inarguably the most inaccessible events on the schedule owing to their high buy-ins but they are the carriers of strong guarantees.

The participants of the bounty builder series will realize that the nature of scheduled games is uniform in each of the states where it is hosted. There is a slight difference however when it comes to buy-ins and size of prize guarantee.

All about bounty builder poker tournaments

This is the kind of knockout tournament that keeps the stakes and the action soaring high all the time. The tension that players of bounty builders feel continues to rise as the games progress. Since every player has a bounty attached to their head, the gameplay involves eliminating fellow players for a win as well as a bounty prize.

Bounty builder knockout events are played on a Multi-table poker tournament arrangement. The competition at this level is a lot fiercer owing to the introduction of a bounty system that allows players to win more. When a player manages to knockout a fellow player their bounty is transferred to their head. Bounty in this case refers to chip balance. No extra charged are imposed on transfer of the bounty because it is deducted from the buy-in amount.

The strategy for being successful in your bounty builder tournaments is to exercise more assertiveness. While it is normal for players to collect bounties in the initial stages of the tournament when the prize is high, it pays to slowly pack up on the bounties to unlock free play later on in the game.

Getting eliminated in a bounty builder series

Getting an opponent’s bounty on your head is as simple as winning a hand against them. It is also a requirement that before their bounty can be transferred to them, your chip balance must be more than what the opponent has. What if multiple players are all interested in winning the tournament? When a player gets eliminated, the winner of the round gets the eliminated player’s bounty. If there is a tie, then the two or more players holding the winning hand get an equal share of the bounty amount.

Players of bounty builder series only get to access their winnings when the tournament has been concluded. Winning the tournament means receiving the personal individual bounty in addition to all other collected bounties.

Poker has multiple game variations, many of which originated from the United States from as early as the 1800s. A good number of these variations have a similar play standard but they are often differentiated based on the hand values used, number of cards dealt, number of betting rounds and actions between rounds. The most popular poker types in the US are Omaha and Texas Hold’em which have inevitably taken over the poker spotlight. In cases where players have to deal with rounds of Americana Poker or knockout series such as the bounty builder, players are treated to an exciting experience.