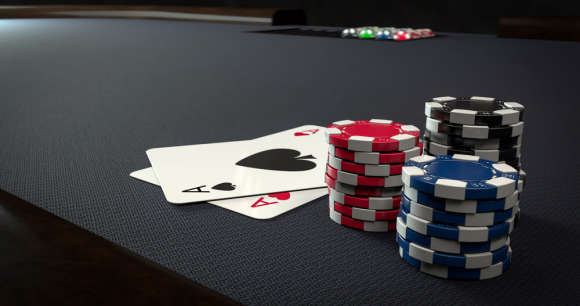 PokerStars Spring Championship of Online Poker (SCOOP) kicked off in 3 markets this March promising online poker players even more opportunities to walk away with massive prizes. Poker players in New Jersey, Michigan, and Pennsylvania partook in a dense schedule filled with an array of tournaments designed to attract a wide range of players with differing bankrolls.

This year’s SCOOP was guaranteeing $78.5 million in prizes over 3oo-plus tournaments with the High Orbit tournaments accounting for the largest prizes. SCOOP is one of the most highly anticipated tournaments of the year and this year’s tournament was no different. May was loaded with back-to-back action to ensure that poker players were well catered to all through till the tournament’s conclusion on June 1st.

Even those players interested in playing the lowest stakes enjoyed a chance to scoop prizes. That’s because PokerStars offered its customers a substantial satellite schedule to inflate the guaranteed prize pools, which ranged in size from $1000 to a colossal $200,000. In total, SCOOP organizes 9 tournaments that were scheduled for each day in each state.

Overall, this year’s SCOOP had 345 tournaments in total. With a few exemptions, all the tournaments had low buy-ins starting at $10. However, some satellites catered to customers with higher bankrolls of up to $2000 for the championship tournament that was held in Pennsylvania. In Michigan and New Jersey, the poker championship event had a slightly lower buy-in of $1000.

All the tournaments organized for this year’s SCOOP offered satellite options that cost 10% of the participant’s buy-in. Those tournaments with $100 buy-ins or higher also had satellites that came with seat guarantees. Those poker players that were eliminated before finishing in the money tournaments received entries into daily freerolls where they were invited to win tickets for the remaining SCOOP events.

The Hold’em events in this year’s SCOOP were by far the most lucrative in the series. The Low Orbit Main Event had a $109 buy-in and a guaranteed prize of $2.5 million while the medium orbit Main Event with a $1,050 buy-in offered participants $4 million guaranteed. The High Orbit Main Event, on the other hand, had a buy-in of $10,500 and offered an enormous $5 million in guarantees.

Along with this high orbit Hold’em Main Events, SCOOP also featured PLO Main Events with a range of buy-ins that offered $250k, $600k, and $800k in guarantees correspondingly. In addition to all these events, additional tournaments such as the $25,000 Super High Roller event also helped to bring larger prize pools, as well as competitive fields of poker players.

This year’s SCOOP was PokerStars’ 14th edition, offering a total of $75 million across the series. In the end, SCOOP 2022 would end up awarding $96,109,359 in prize money across all the 316 completed tournaments, which was an average of just over $300,000 awarded for each tournament.

PokerStars states that an impressive 1,294,099 entries were registered across the series, which averaged approximately 4100 participants for every tournament. Of the millions of entries, approximately 300,000 consisted of re-entries, which ended up representing 22.7% of the combined field.

Compared to previous SCOOP tournaments, the numbers were slightly lower but still encouraging considering the tough pandemic period that the world is recovering from. Last year’s version of SCOOP generated approximately $137.7 million over the 306 tournaments that it had organized. The 306 tournaments, in turn, attracted more than 1.7 million entrants.

In 2020, during the pandemic’s peak, the SCOOP series broke records when it amassed $185 million in prize money. But since the pandemic has been mitigated and the world has opened and returned to normal, the poker traffic was not as high this year. Additionally, this year, PokerStars was forced to pull out of Russia thanks to the ongoing war.

Before pulling out of Russia, Pokertars had also pulled its operations out of the Netherlands. PokerStars decided to exit the Dutch iGaming market due to the laws that require operators to have a mandatory 6-month cooling-off period before re-applying for a license.

Dutch regulator De Kansspelautoriteit (KSA) passed the Remote Gambling Act in April 2021 which meant that unlicensed operators like PokerStars were forced to exit the lucrative market to seek approval. With the Dutch and Russian markets unable to take part in this year’s SCOOP, the tournament effectively lost 15% of its tournament field.

Despite Russia’s and the Netherlands’ notable lack of participation, this year’s SCOOP ended up being the 4th largest online poker tournament in history in terms of the total prize pool. It was also the 3rd largest and most attended SCOOP.

All 3 Main Events were concluded on May 29th, delivering the action-packed affair that PokerStars had promised at the beginning of the tournament. The High Main Event attracted 654 participants which would generate a guaranteed prize pool of $6,540,000. It was "WElcomeINnferNO" from Austria that outlasted the participants to walk away with an impressive cash haul of $1,141,510.

The medium $1,050 Main Event with $4 million guaranteed saw  “paythetable101” from the UK walk away the champion of the event. The medium Main Event ended in a 4-way chop that saw “paythetable101” beat players "KasparovAKs", "S Georgiev" and Luis "luisnrd" Domeles for the title, as well as the $509,837 payday.

"KasparovAKs" finished in 4th place and took home $334,898 while "S Georgiev" went home with $348,874 and was a third-place finisher. Luis "luisnrd" Domeles would start the medium event as the chip leader but he was unable to beat UK’s "paythetable101", thus settling in for second place and a cash prize of $416,304.

The Low: $109 Main Event offering $2.5 Million Guaranteed saw the top 3 finalists turn their modest $109 investment into a 6-figure payday. In the end, "GoianoVix from Brazil emerged champion of the tournament and took home $259,474 as prize money.