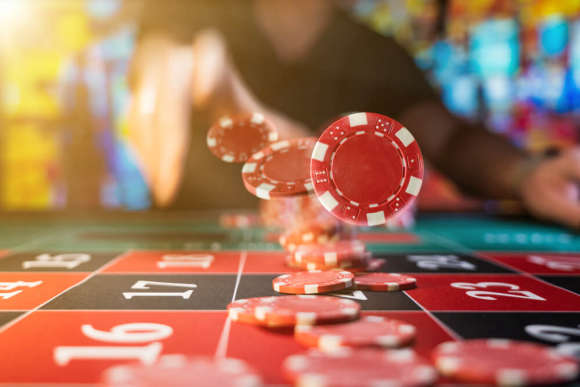 There has been global outcry to denounce anything coming out of or associated with Russia following the attacks on Ukraine. The gambling community has finally joined the rest of the world in support of Ukraine and clear stands have started to emerge. PokerStars has recently announced that they would be canceling the EPT Sochi as an act of solidarity for the oppressed people of Ukraine.

Ukraine has been under serious attack from Russia and the aftermath has been the death of thousands of people, destruction of cities and displacement of millions. Obviously, the rest of the world is not happy with this state of affairs and are condemning Vladimir Putin, the Russian dictator behind the mess. A lot of Russian and Belarussian interests have been put on hold in way of protest to the violence.

When news of the Ukrainian invasion hit the media outlets, PokerStars changed the dates from March 18th - 27th to October 1st - 10th. Reports now indicate that the poker services provider is no longer interested in hosting an event in that country so it has been canceled.

By way of a brief press statement, the management of PokerStars has indeed confirmed that they have canceled EPT Sochi indefinitely. The statement went on to say that there will be no poker event in Sochi until it is deemed appropriate to hold one. The greatest concern at the moment is the safety of both players and staff.

In concluding the statement also assures poker fans in Ukraine that the betting operator was monitoring the situation closely in anticipation of a time when they would be able to resume their activities. The brand is keen to remain compliant with local and sanctions that have been imposed on various investors and stakeholders.

Before PokerStars came out to declare that it had canceled the EPT Sochi event, there had been public outcry from a section of poker players. Dutch poker pro, Joris Ruijs, was advocating for a boycott of the event if the organizers decided to carry on with it. There are a lot of US poker events on PokerStars’ calendar and the Dutch national argued that striking it off would show empathy for the many people already affected by the Ukrainian invasion.

Even though there is credible information that indicates that the Sochi EPT event is not going to take place, the live dealer website on which it is meant to take place still has it on lineup with the October 2022 dates. Like many other sports fraternities from around the world, the poker community has championed heavily for the plight of those suffering in Ukraine. The massive military invasion was no child’s play and legends such as Lithuanian pro, Antanas “Tony G” Guoga, are trying to paint the true picture of the situation for the rest of the world.

Guoga is not just about talk; he has offered his resort as a refuge for those who might be in need of it as a result of the tragic attacks. According to his tweets, the first family of Ukraine has already arrived at the premises. On the same note, Vladimir Putin has blacklisted Guoga for publicly criticizing him and his administration.

Guoga is now calling on every individual who has heard of the invasion to chip in with whatever support they can for Ukrainians. He is using his charitable foundation to appeal for humanitarian aid and promises to channel all donations to those who are seeking asylum from the horror that has now engulfed Ukraine.

The story of Eugene Katchalov, a Ukraine-born poker professional is making rounds on social media. It offers the world a glimpse into how Katchalov who was accompanied by his wife and friends, fled the Ukrainian capital, Kyiv, with Russian forces in hot pursuit. He is currently the co-founder of Team QLash, a position that immerses him heavily into esports.

When they managed to get to safety, Katchalov took to his Twitter feed as a way of keeping the world in tandem with what was going on. In one of his latest tweets, he called upon big shot organizers of major poker tournaments and online poker providers to boycott Russia in all ways possible. The poker enthusiasts of Ukraine have been rendered powerless as far as following their passion is concerned and Katchalov wants to make it up to them. Since Ukrainians players have been thrown into a state of desperation for staying alive, the entire poker world is now standing in solidarity by putting on hold major tournaments.

In the meantime, multiple poker forums have launched calls for the entire poker community to disown Russia in all possible ways. There was a comment on 2plus2 from a forum poster who shared comprehensive plan that would be used sever connections to the poker community in Russia.

Among the conditions that members of the poker community was requesting of poker providers include;

According to the poster who could only be identified as “AllinAgainstRussia”, the protests against Russia should continue until peace and calm returns to Ukraine. He hopes that the entire poker community will be fully involved in condemning Puttin’s decisions in the hope that the situation will change for the better.

The invasion of Ukraine by Russia has thrown the entire world into despair because no one can dare fight Puttin directly. The only other way of fighting is to impose sanctions and voice disapproval of the ongoing military action. While it might not be clear how long the invasion will last, the world has decided to make some noise and poker players are tagging along.