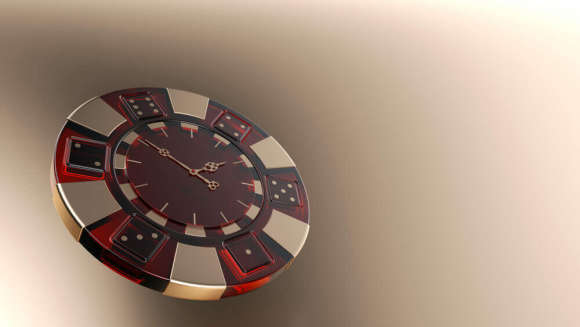 It is good news for the players of PokerStars as the poker giant released the schedule of the 2022 Spring Championship of Online Poker (SCOOP). The calendar requires fans and participants to set aside time from May 8 to June 1. During these 25 days, and after a total of 318 events, PokerStars will have paid out $75 million worth of guaranteed prize pools. This is a relatively low-key event compare to the 372 events and payout total of $100 million that characterized the 2021 championship.

The more than 300 events have been brought about by the fact that the structure of SCOOP features a 3-tier buy-in system that comprises of three versions for every tournament. So in actual sense, there will be 106 tournaments but each of these will hold three events.

Speaking at the launch of the schedule, the managing director and commercial officer of PokerStars, Severin Rasset, stated that his team had made the entire poker community of poker comfortable by having events that accommodate all levels. Players will be allowed to get fully immersed in the game through buy-ins varieties offered for different levels. With the schedule for 2022 now released, the management of PokerStars are optimistic that players will come out in large numbers to take advantage of the goodies that have been lined up with the 14th anniversary of the SCOOP series.

The organizers are also quick to caution players against getting irresponsible with their time and money during this time. Problem gambling is a serious concern for online poker players and the best mitigation against it is early awareness. It makes sense that poker enthusiasts will want to put their strategies to the test as well as make an attempt at winning but organizers insist on responsible gaming.

For players who would like to glance through the write up on problem gambling, it can be accessed on the operator’s online casino.  All the information regarding how to identify and deal with problem gambling has been outlined therein. Affected players can also reach out to the customer support team for guidance on how to reverse the onset of gambling addiction.

The main event of the 2022 PokerStars SCOOP has been slotted for May 29 at 12:30pm ET and as per the structure of the games, this means that there will be three versions of this single event. The low level main event will be accessed with a $109 buy-in for an opportunity to make a grab of a $2.5 million guaranteed prize pool. The second event, the medium level main event, will have a buy-in value of $1,050 to fight it out for a $4 million guarantee. The last event in the main event will be the high level main which players will register for with $10,300to contest for a generous prize pool of $5 million.

Are you a woman poker player? 2022 seems to have plenty of gender affirmative events; this will be the first time that SCOOP will have a women’s only event included in its annual schedule. Like the main event, the women's event has been scheduled to take place on May 29. The three versions of the event have a cumulative guaranteed prize pool of $40,000.

There is a deliberate effort by the organizers of the 2022 SCOOP to pull in as many women poker players as possible; why else would the buy-in range be so diverse ($5.50, $22, and $109)? Other than paying from your pockets, players can also participate in any of these events through winning other tournaments. The Women’s Sunday tournaments will have special treats on April 24 and May 22 where they will award winners with SCOOP tickets on top of their regular cash prizes.

As has been the norm with other major poker tournaments even outside PokerStars, the platform is going to be granting players an opportunity to earn their spot at the SCOOP events through promotions and satellites. The advantage of these tools of participation is that the experienced players do not have to part with a lot of money to play. In essence, the value of promotions and satellites has been estimated to be around $1 million.

Some of these SCOOP opportunities for earning a free pass into a game do not require any special skill or knowledge of poker. The Pick-A-Box game for example requires that a player goes to the challenge window on a daily basis to choose one of the available 6 boxes.

If lucky, this random picking will earn registered poker players a free ticket to play SCOOP events. Given that it is some form of guessing game, it is open to anyone within operating jurisdiction. Courtesy of this game alone, PokerStars will be giving away $250,000 worth of SCOOP tickets on a weekly basis.

Using the fast track for the SCOOP, players stand a chance of winning Main Event tickets through a series of tournaments building up to one another. The cost of the first tournament step is going to be $0.50. Players are awarded with tickets after the first step but participants are allowed to join in at whatever step they like. Unless a player is keen on saving money or gaining game play experience, they do not need to join at the lower steps if their bankroll allows them to buy-in for a higher level.

There are most definitely special SCOOP Spin & Go tournaments that increase player chances of winning free online poker tickets. To buy a Spin & Go opportunity, a player should have $0.50, $4, or $20 for buy-ins.

Poker requires practice and exposure to various strategies to improve with time. Even the professionals that are vocal on poker today began somewhere. This is why it is important for poker enthusiasts to take advantage of the just announced 2022 SCOOP schedule. While it might not be possible to be available for the entire length of the tournament, participating in a few games will make a big difference. Luckily, anyone can join in at their level and work their way to the top of the charts.