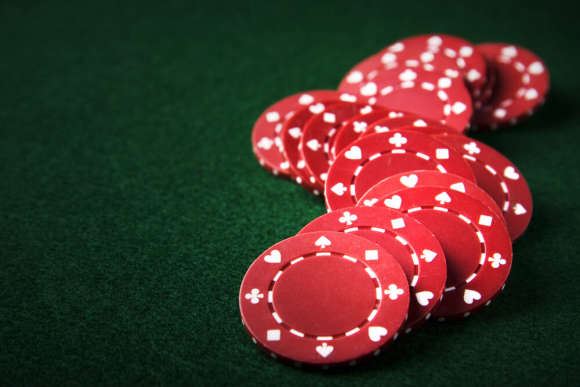 Ask any professional poker and they will tell you that running it up by turning a small investment into a massive score is every professional player’s mission at every competitive setting. This explains why poker tournaments are so highly contested, as well as why satellite tournaments can make all the difference in the world to one’s strategy.

The Stairway to Millions is scheduled to be held this September, beginning September 8th and concluding on 20th September for 12 series. The 12 series tournament and satellite championship are expected to feature more than $2,150,000 in failsafe prize pools with buy-in starting from a modest $460 and climbing to a massive $52,000 during the series finale.

For poker players that are competing on a budget, satellite tournaments offer inexpensive entries into all the major poker tournaments, which can often be seen as too good to be true. Although they aren’t as popular as the larger more respected tournaments, satellites can offer anybody a chance to take a seat at the biggest final tables as they did for Chris Moneymaker.

If you may recall, Chris Moneymaker’s miraculous WSOP win in 2003 may have led to the poker boom as we know it today. However, a lot of people forget that he qualified for the Main Event as a result of his $86 satellite fee, which turned into a cash prize of $2.5. This explains why PokerGO wanted to include a hybrid system consisting of satellites.

PokerGO is hoping to ride on the wave of the Moneymaker effect. The Moneymaker effect refers to the droves of poker players who, inspired by Chris Moneymaker, started competing in poker tournaments against more experienced poker professionals in the hopes of making serious cash prizes of their own.

With PokerGO’s Stairway To Millions presenting entrants with the best of both worlds, that is regular poker and satellite tournaments, novice poker players have the chance to make the Moneymaker effect a reality.

What can poker players expect from the upcoming Stairway To Millions?

Every poker that successfully cashes in at any event in the series will win a seat into the subsequent buy-in level, as well as be awarded a piece of the combined prize pool. Poker players that complete among the first 3 players will jump a whole buy-in level and will also walk away with a portion of the final prize pool.

All the events will play into the money until the players are reduced to the final table. The participants will return the following day to conclude the event, as well as crown the Stairway To Millions champion. Winners of the first 8 events of the series will receive a Venetian trophy while the winners of events 9-12 will also be awarded a PGT Trophy.

Each day of the tournament will kick off at noon with registration opening until the commencement of level 7 tournaments. The first 8 competitions will feature unlimited re-entries while the final ones will include double re-entry. It should also be noted that the first 6 events will feature 30-minute levels while the remaining one will consist of 40-minute levels.

Please note that the finale will feature much longer 45-minute levels until the registration is closed. Once the organizers close the show, Event number 12 the finale will move on to 60-minute intervals. The final 4 events of this year’s Stairway To Millions will be held as part of the PokerGO Tour, which means that participants will be offered a chance to qualify for the PGT championship at the end of the year.

The first poker players to occupy the 21 top sports on the PGT Leaderboard will automatically be sent invites for the PGT Championship. During the championship, the poker player crowned winner is expected to take home at least $500,000. Event #12 will be held on 2 days, which will each kick off at noon.

Aside from the Stairway To Millions tournament which will not take place until September, PokerGo customers were also recently treated to High stakes Duel III rematch, which featured poker pro, Phil Hellmuth. At first, Scott Seiver was expected to battle Hellmuth on PokerGO but the game was unfortunately called off.

Scoot Seiver cited personal reasons for backing out on the already organized tournaments, which left the seat open for a new challenger to battle it out with legendary Hellmuth. Luckily, Jason Koon stepped up and offered to take Seiver’s place. The original August 22nd date has hence been moved and the new duel date will be announced in the coming weeks.

As things stand, Hellmuth is still an unprecedented 9-1 on High Stakes Duel, which is a PokerGo no-limit tournament that has grown in popularity among experienced professionals. The game kicks off with each poker player paying approximately $50,000 to buy into the tournament with the stakes doubling with each round.