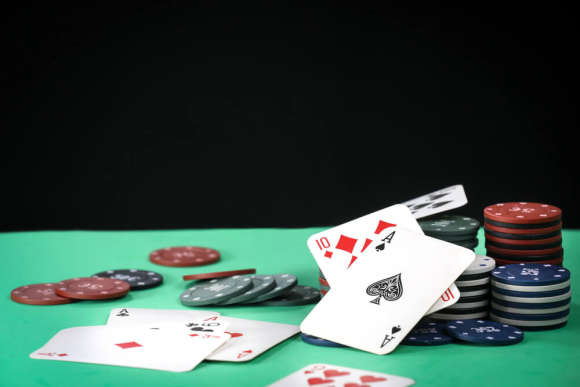 June 2022 will be worth setting aside by poker enthusiasts in Ontario Canada because BetMGM is introducing a new tournament. For the debut event, interested players can head online for the qualifiers. If a player lands one of these lucky tickets, they will be eligible to participate in the poker championship whose venue will be Las Vegas.

Even though the organizers have popularized the event greatly to the Canadian poker community, the championship is open to some U.S. states as well. The winning package will be comprised of among other things, a fully sponsored trip to Las Vegas.

If a poker player fails to win a ticket to the BetMGM tournament and is committed to taking part in the competition, they need to set aside $3,500 to buy-in to the live poker tournament. This is especially important to fans of no-limit hold 'em poker upon which the entire tournament has been based. Known within poker circles as the Texas hold 'em, this is the standard card game for poker championships and major card tournaments. The upcoming BetMGM Poker Championship will be played online between for June 23-26 at the Aria Resort & Casino in Las Vegas.

Qualifying for a free trip to Las Vegas

As the tournament kick-off date is fast approaching, the management of BetMGM has already announced that satellite events are ongoing in their platforms. This is good news for poker players who are interested in participating in high caliber poker events but are unable to put together the buy-in amount. Winning a satellite event will unlock a package of hefty surprises that will include $3,500 ticket to for the first ever BetMGM tournament in Las Vegas.

Within the prize package, winners will not only have travel expenses catered for but also accommodation for five nights at the prestigious Aria resort. According to a press release that has been released by BetMGM on the qualifiers, the betting operator has set aside a budget that will be enough to cater for a minimum of 15 online poker players.

For now, only poker players from Louisiana, Michigan, Illinois, and Pennsylvania, where BetMGM has operations will be participating in the upcoming championship. There are over a dozen other states where gambling is legal but BetMGM has not launched yet – they can wait for the next round or travel for the event.

The management of BetMGM, through Anthony Mallamaci revealed that the venturing into poker championship is a dream come true for the company. To witness the planning and deliberation stage culminating into an actual event is something quite phenomenal for every department. There is no doubt that online poker has for the last few months gained immense traction and it is only fair that credible and honest brads like BetMGM be a part of this revolution.

Mallamaci has urged interested poker players to take advantage of the qualifiers as a low cost mode of getting into the competition. He has announced that there will be qualifying events running throughout the weeks leading up the tournament date. These will include Sunday satellite competitions which players will be able to take part in on May 28, June 5 and June 12 beginning at 8 p.m. ET at a buy-in budget of $500.

Schedule of the WSOP

Some of the events of the first version of the BetMGM tournament will be taking place at the same time as the World Series of Poker. WSOP, which has been taking place over a long period of time, is organized by Nevada-based Caesars Entertainment. MGM Resorts is also a strong casino brand operating from the Las Vegas Strip.

The WSOP 2022 tournament which is currently underway began in May 31 and is scheduled to end on July 20. For players who are only interested in the main event, they should have their buy-in ready before July 3. The main event which asks for $10,000 registration has attracted an estimated 7,774 average buy-ins each year of the last decade. According to data published on the WSOP website, 2006 recorded the highest turnout with a total of 8,773 buy-ins.

The World Series of Poker was started in 1970 in downtown Las Vegas at the Horseshoe Casino situated on Fremont Street. In the early years of the series, the tournament produced and pushed to the limelight legendary poker players like Bobby Baldwin, Stu Ungar and Doyle Brunson. Hollywood has immortalized Brunson who is currently 88 years old through the Texas Dolly biopic.

During the early years, the management of WSOP rested squarely on Texan Benny Binion. This is why the property adopted the name Binion’s Gambling Hall and Hotel, even though no member of the Binion family is an owner. The property now belongs to TLC Casino Enterprises. Those who participated in the World Series of Poker knew no other meeting place other than the off-Strip Rio hotel-casino that has hosted the game series for the past 17 years.

In 2022, the tournament will be taking place at two different venues: Bally’s and Paris Las Vega hotel-casino. The first BetMGM tournament will be happening at the Aria which on the opposite side on the highway. If you want to move between Bally’s and Paris Las Vegas, there is no need of walking out into the street – an interior walkway connects the building at an internal level. There are rumors that Caesars is planning to rebrand Bally’s to a Horseshoe hotel-casino.

Between March and July, poker players will be treated to a spectacular encounter with their favorite casino game. On one hand is BetMGM that is launching and on the other is WSOP where players converge every year to witness bracelet wins. To ease the dilemma of which casino to choose based on available bankroll, BetMGM has guaranteed free entry to some of its players –simply spin to qualify for play.