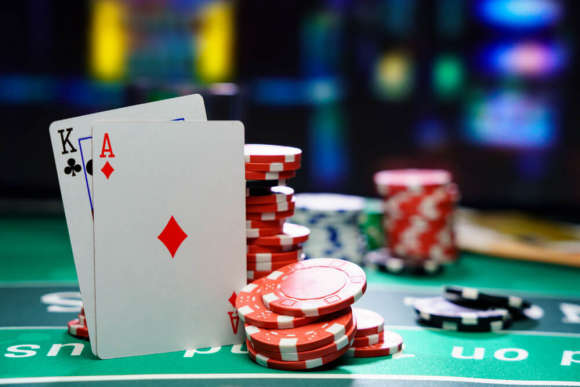 Pariplay has expanded its growing Fusion platform yet again by forging a partnership with EvenBet. As a result of this partnership, Pariplay will add at least 30 poker games to its already extensive portfolio of games. This new partnership deal now means that Pariplay customers and partners will automatically gain access to dozens of new poker titles.

Some of the titles that will be added to the platform include classic games such as Open Face Chinese Poker Hold’em, Stud, and Omaha. This new deal will also see mixed and rapid games being added to the Fusion platform. This collaboration also marks a significant milestone in Pariplay’s history as it will be adding poker to the Fusion system for the first time since its debut.

As one of the most recognized suppliers of iGaming content in the country, Pariplay has ensured that it has forged relationships and partnerships with established brands. These partnerships and collaborations are pertinent in ensuring that the Pariplay brand is cemented in one of the most competitive gambling markets in North America.

Most recently, Pariplay gained access to its 4th US jurisdiction when it received approval from the Pennsylvania Gaming Control Board. As a result, Pariplay is now the official authorized supplier in the state and will be expanding on Pariplay’s growing presence in the country. So far, Pariplay has licenses to operate in Michigan, New Jersey, West Virginia, and now Pennsylvania.

This new license presents Pariplay with an opportunity to expand even further as the company continues to pursue its mission to scale and increase its reach. Pariplay has been working to consolidate its status as the leading supplier of iGaming content in the gambling market in the US, which has been on the up and up over the last few years despite a tough pandemic period.

This new PA license will allow the Pariplay brand to collaborate with even more partners and operators, as well as their customers while also supplying everyone involved with high-quality casino content. As it stands, the Pennsylvania gambling market is one of the most lucrative in the country, rivaling giants such as New Jersey and New York.

With this new license, Pariplay is in a position to deliver games produced in-house via Wizard Games while also leveraging the already available games from 3rd parties thanks to the Fusion platform. The Fusion platform is Pariplay’s aggregated content distribution solution that is used to give punters the best possible experience.

Pariplay has been committed to growing its presence in the US and any other emerging jurisdictions in North America including the recently legalized iGaming market in Canada. Being awarded its 4th license in the country will go a long way in helping Pariplay to consolidate its footprint in iGaming.

PariPlay’s Fusion platform has allowed the brand to forge some of its most exciting and innovative partnerships. For instance, PariPlay recently expanded its aggregation capacities by adding a new partnership known as Caleta Gaming. Caleta Gaming’s products, as well as its iGaming studio, will be added to Pariplay’s Ignite program.

Over the last couple of years, Pariplay has made a name for itself in the content aggregation circles for adding some of the best suppliers in the sector. These partnerships are what have allowed the Pariplay brand to deliver its products through an expansive international distribution network.

The vast network is what also allows Pariplay’s partners to have access to the most important tools needed to set up operations fast. All the games available on the Ignite platform come with a full suite of engagement solutions, which makes it easier to deploy the different games on offer.  Caleta Gaming will benefit from Pariplay’s extensive footmark while Pariplay will benefit from Caleta’s solid technological stack, as well as its creative products.

Now that Caleta has joined forces with Pariplay, it will also effectively gain access to a whole new engaged audience. As mentioned, Pariplay’s reputation in the industry is unmatched, which will be instrumental in helping Caleta boost its credibility among iGamers.

Recently in August, Pariplay also enriched its Fusion platform by adding fresh content from TopSpin Games. Owing to this new deal, PariPlay will now offer its customers access to a new breed of casino games that will be created in-house and developed with some high-end mechanics, themes, and player preferences.

TopSpin Games will help Pariplay create unique gambling experiences characterized by high-quality graphics and a special focus on subtropical folklore as the primary theme of the games. The games to be supplied by TopSpin will include table games, slots, bingo, and more, which will be available in 8 Indian languages for more accessibility.

Some of the prominent titles that will be added to the Fusion platform include casino games from companies such as 3 Patti, Jihandi Munda, and more. It should be noted that TopSpin has a focus on mobile-first content for all the games it produces, which should help Pariplay attract and keep gamblers that prefer to wager and play on the move.

Most recently, the Fusion platform also incorporated yet another new studio and developer, Arcadia Gaming. Henceforth, all of Pariplay’s customers and partners will have access to iGaming titles from Arcadia Games. Arcadia has made a name for itself by providing games that are based on physical arcade machines, which offer punters unique gameplay.

With Arcadia’s help, Pariplay is hoping to carve out a whole new niche where it will integrate arcade favorites into the modern live casino gambling experience. Some of the titles that will be availed by Arcadia include Fortune Pusher. However, the duo plans to expand the portfolio with even more titles as time progresses.

As Pariplay continues to work hard to provide a unique gaming experience, expect the brand to keep gaining momentum in the market. Currently, Pariplay has partnerships with more than 80 suppliers across the world. It also features more than 13,000 games that all offer a whimsical gaming experience.