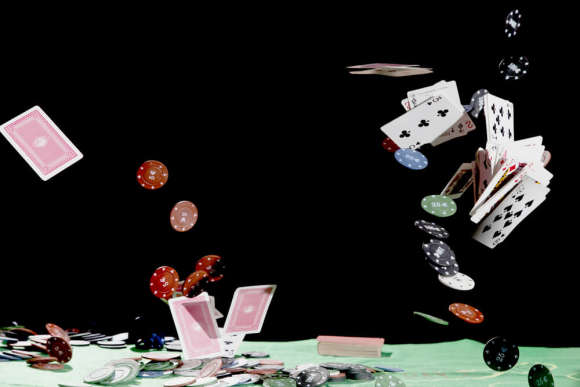 These are the major unwritten rules of the poker world. All of the rules that govern poker etiquette may not be included here but the main ones will be covered. Keep in mind, though, that every game is different. Different players and groups of players may have a different tolerance level for bending or breaking these rules. They also may or may not be applicable depending if you are playing in a formal setting, an informal one, or playing online poker.

The most important thing is knowing these rules and keeping them in mind as you play. As long as you know what you should do, it is up to you if actually doing them makes sense in a specific situation. Here are the biggest unwritten poker rules in the game.

These can also be called string raises depending on what stage of the betting you do it. This particular etiquette issue applies only to in-person play. At a cash game, string bets are considered bad poker etiquette and a bit dirty. At casinos, they are illegal and can get you kicked off a table.

String bets are when you make a bet in multiple stages without calling out your intentions first.

For example, say you want to bet $100. If you say, “bet (or raise) $100,” then you are free to put your chips into the pot however you see fit. Put them in one dollar at a time if you want. It will make people mad, but it is not against the unwritten rules. However, if you don’t announce your intentions first, put $60 in the pot, then go back and put in another $40, that is a string bet.

This is a problem for multiple reasons. First, string bets slow down play considerably. Second, they make you look like you don’t know what you’re doing. But the real problem is how a string bet affects other players. Betting in multiple stages enables you to get a read on other players' reactions and bet accordingly. During a string bet, other players don’t know if you meant to bet $60, got excited and added another $40, or got scared and only added $40 instead of a larger sum.

String bets are, at best, bad form and at worst a form of cheating. The simple solution is to always announce how much you intend to bet or raise. After that, have at it! You can put your chips in the center (almost) any way you see fit.

This is another poker etiquette rule that is only applicable to in-person games because it involves how you handle your physical poker chips. After you announce your bet or raise (see string bets above) the right thing to do is to slide stacks of chips into the center of the table where the pot is.

When a player “splashes the pot,” this means that they toss, throw, or messily spill their chips into the pot. This is not only disrespectful to the game and the table but it can also cause problems later in the game.

If you are in a cash game, this is more common and a little less problematic than doing it at a casino. When you do it in a game with a dealer, it is a very rude thing to do to them. Think of it as making a mess at someone else’s house that they then have to clean up.

The dealer is responsible for verifying that the bet is in the correct amount. So when you splash the pot, they have to track down and count your chips to ensure an accurate amount. In a cash game, if a pot winner finds out they are short after a hand, they are going to look at the pot splasher as the person who messed up the total.

Not splashing the pot will make you a friend of the dealer and keep everyone at the table happy. It will also help create a brisk, well-paced game that continues to move along without having to stop and stack someone’s chips after every bet.

Playing in a timely manner

This is true whether you are playing a cash game, at a casino, or online. If you are playing online, many times a timer will require you to make a bet in a given timeframe or else automatically fold. In a casino, especially in a tournament setting, a player may ask a pit boss to put a slow player on a clock. This means that the player has a specific amount of time (usually 90 seconds) to make a decision. In a cash game, there usually is not an official remedy.

One of the nice things about poker, though, is that there is no clock. On a big hand, you can sit and think and ponder until making your big decision. Most of the time this builds the drama that people love in the game. There is no standard time you should take to make your bets, but the way a table is playing should usually dictate that.

Even the speediest players will not begrudge you some time when you have to make a big call. But if you are hemming and hawing over every post-flop call, it’s probably time to speed it up. The idea is just to make sure the game is moving along and everyone is having fun.

Every poker table, whether physical or digital, will have some amount of table talk. This doesn’t refer to talking about the great buffet in the hotel or the awesome online casino welcome bonus you just got. This refers to using table talk as a way to manipulate other players in the game.

Table talk that involves working together with another player is illegal. Pretty much all other table talk falls into a poker etiquette gray area. Some people like to play in stoic silence and even go so far as wearing headphones or disabling the chat in their online poker room. Others are fine with a little chatter and are happy to make small talk or discuss a previous hand. It’s when chatter or small talk gets out of hand that problems arise.

Some players, purposefully or not, cannot stop talking at a poker table. They comment on everyone’s hands, call people out, and generally are loudmouths about the game as a whole. This is just how some players are. For others, it is a strategy they use to throw co-players off their game. It’s a strategy that can work but do it at your own risk. Many people really do not like excessive chatter and may opt not to play if you engage in excessive table talk.

When you should/shouldn’t show your cards

Shakespeare once said something like, “To show or not show, that is the question!” Ok, maybe it was slightly different but if the Bard had been a poker player, you can bet he’d have said that. At the end of a hand, showing or not showing your cards is sometimes smart, sometimes bad or questionable etiquette, and sometimes illegal.

The responsibility to show what your hole cards are at the end of the hand is the responsibility of the player that bet or raised last. They must always show their hand. If you are the other player, you have a few options. If you beat that hand, show your cards! If you don’t beat the hand, you may or may not have to show your hand. In a cash game, no rule says you have to show. In fact, not showing makes sense so that other players don’t know what you were going in with.

In a tournament setting, the house rules determine whether you must show your hand. In most cases, you do. This prevents something called “chip dumping,” where players work together to give one player a bigger stack to play the tournament with. The casino wants to see that the loss is actually a loss and everything is aboveboard.

If you win a hand be causing everyone else to fold, you do not have to show your hand. However, it can be strategic at times to show players what you have that caused them to fold. If you were bluffing, for example, when you show the table you had nothing, it may cause players to be more aggressive next time you have the real deal.

One last unwritten rule of poker etiquette is to always tip your dealer. Why? For a few reasons. One, this is their job and they are there to make money. Two, they probably helped you out throughout the game, reminding you of rules, cleaning up your chips, or answering questions. They also helped by keeping the game moving so it was enjoyable for everyone. This is a good reason for a tip too.

The best reason, though, is the karmic one. Even though poker has been ruled in a court of law to be more a game of skill than chance, it is always smart to give up an offering to the higher powers of poker for continued good cards. While there are not many scientific studies to back this up, most players will tell you tipping the dealers will help in this area.

Now that you know the unwritten rules of poker, what you do with them is up to you. If these help you become a model poker citizen and a pillar of poker etiquette wherever you play, that’s great. If knowing when to bend or outright break some of these rules can help give you a psychological edge at some point, well, that’s not the worst thing either. Now shuffle up and deal!