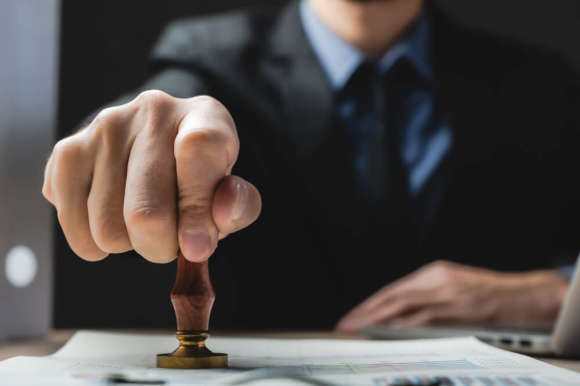 The fact that 888 Holdings and Playtech are working together is nothing new because they have been working together on various projects. If you have noticed that Playtech operates its online casino offerings through the 888 platforms, you are not dreaming. Following the new agreement, 888’s US iGaming apps have been covered in a condition that allows the operator to feature Playtech’s live casino table games and random number generator-based games.

At the present moment, the New Jersey based 888 offers iCasino but this is going to change in the future. The agreement is specific on the fact that 888 will be licensed to cover in additional states across the country. This clause means that 888 can set up operations in many locations with a guarantee that they will have a kickstart based on this agreement. Not every business model offers this assurance so the platform better consider taking advantage of this partnership to enhance its business reach.

In a statement elaborating the terms of the agreement, the US division president for 888, Howard Mittman, stated that the alliance between the two companies will ultimately offer immense value to casino players. By offering much more dynamic and entertaining games, the partnership will have achieved the main objective which is to deliver high quality content in the market. Mittman confessed that the entire team at 888 is eager to work closely with the Playtech team for mutual growth.

Playtech Eyes Expansion in the US

Playtech has already established its business in New Jersey, where it is involved in the supply of iGaming content to betting provider bet365. At the beginning of the month, Playtech agreed that it would work towards providing online casino material for Resorts Digital Gaming in New Jersey. The Garden State is the model location for many betting businesses and can offer insight for the countrywide industry as a whole.

According to the COO of Playtech, Shimon Akan, the decision to partner with another company had been long discussed in the organization’s boardrooms. He commended the management of 888 for taking the step to trying out a partnership and hoped that they were as excited as their team. With this phase of their operations over, Playtech is confident that efforts to expand into the US market will be fruitful.

The Live Casino trend has driven casino operators in the United States on a time rush as they all put in effort to give their customers an unforgettable betting experience. For Playtech, this is quite a new proposition which they must fulfill to stay relevant in the market. The most important aspect of this offering is that operators have their customers on live stream, no wonder the wide range of offerings.

It is no secret that the demand for live gaming software is on the rise and that might mean a spike in costs. Brands like Playtech are playing it safe by partnering with software companies to leverage bargaining power. Towards the end of 2021, the organization set up live casino gaming operations in Michigan and New Jersey. The Michigan operation is in the form of a partnership between Parx Interactive, the gaming partner for the Gun Lake Band of Pottawatomi Indians, and Playtech.

Apart from the revelation that they had made a deal with 888 in the past week, Playtech also announced that it was doing away with plans to bring Caliente Interactive’s Caliplay to the United States’ gaming market through a special purpose acquisition company (SPAC). While it has already been confirmed that there is no publicly traded SPAC on the offer table, the management of PLaytech are said to be considering other alternatives that will involve Caliplay so as to roll out Hispanic-focused gaming business in the US gaming market.

Following the recent industry waves for seeking collaborations, 888 had its fair share of proposals and alliance deals. A week before 888 signed a deal with Playtech, they had bagged a global deal involving EveryMatrix. According to the agreement, EveryMatrix will leverage its CasinoEngine platform to launch games for 888 players through the casino app.

EveryMatrix has for a long time been eyeing the United States as a well performing gambling market for expanding in. The brand already has an ongoing operation in a Miami hub and there are pending licenses for setting up business in Pennsylvania, West Virginia, Michigan and New Jersey. Armadillo Studios owned by EveryMatrix is currently busy trying to come up with an online based casino title that will feature MMA fighter Amanda Nunes.

According to the President of EveryMatrix’s Americas division, Erik Nyman, the current agreement is going to open up various markets for EveryMatrix to distribute its gaming content. This definitely works in line with the company’s target of reaching out to an even greater audience. The company head is confident that the relation of 888 with their company is going to flourish for the sake of mutual benefit.

A lot of gambling enthusiasts are currently engaged in sports betting because of its ready availability and customized offerings. Given the Supreme Court ruling that opened up the market to gambling, sports betting operations have been expanding gradually within the last four years. Although iGaming has been legally practiced in the US, the concept of sports betting has not been very rampant in the United States. Other areas in the US where there is a state system for gambling activities include West Virginia, Pennsylvania, Michigan, Delaware and Connecticut.

The United States gambling market is quite huge and the prospects for doing business keep growing given the large population and regulation of various states. The large casino brands have in the recent past come up with a strategy to not only increase their market share but also for winning together. It is not unusual for companies to pair up with one or more entities for a better chance of raking in the profits.