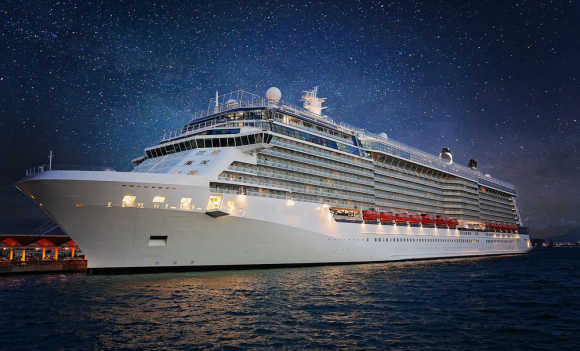 A Philippines casino is set to see a slight boost in its traffic thanks to plans for a new cruise ship port.

The Solaire Resort and Casino is situated close to the port planned to be built by Bloomberry Resorts Corp, which also operates the casino.

The docks could be ready by the end of 2021 if plans are approved and the project stays on schedule.

It is hoped that the new docks will bring new tourism to the area who will ultimately spend in the casino and its surroundings.

According to Seatrade Cruise News, the docks would be large enough for two ‘mega’ cruise ships to be docked at any time: one up to 1,197 feet long and the other, up to 1,131.

The plan is for the new construction to be strategically located right in front of Manila Bay, immediately advertising the casino to all incoming visitors.

The masterplan for the cruise center is reportedly complete, as is a detailed design of the pier, staging areas and even space for a terminal building.

Guillaume Lucci, the senior advisor for the project, told the news outlet: “While this is primarily designed as a port of call, the terminal building will be able to accommodate homeporting capabilities for the industry’s largest vessels.”

A tender process will need to be launched before work on the new installations can begin this fall.

It is predicted that the construction process will take anywhere between 18 and 24 months.

Lucci added: “Our plan is to have this operational by Q3 2021 season with a clear timeline for cruise lines to plan their schedules to begin calls at Solaire Cruise Center.”

The advisor has also hinted that this will not be the only project Solaire completes, stating that the Philippines is set to be ‘the Carribean of Asia’.

It is possible that a new marina with yacht and charter boat access could be added going into 2022, increasing tourism to the casino.

However, the company is in no rush to cater to smaller boats, judging by the number of visitors the docks will already bring in.

The world’s longest cruise ship currently stands at 1,180 feet long, according to Marine Insight, meaning the new dock will be able to support nearly any large vessel.

The Solaire Resort and Casino, formally known as Solaire Manila, opened in March 2013 under an investment commitment of $1.2 billion.

The complex houses two 17-story five-star hotels of around 800 rooms, complete with a column-free grand ballroom that can accommodate up to 1,300 guests at any time. Baccarat, roulette, and blackjack are chief among its many table game offerings.

Illegal Gambling Operations in Michigan: What You Need to Know