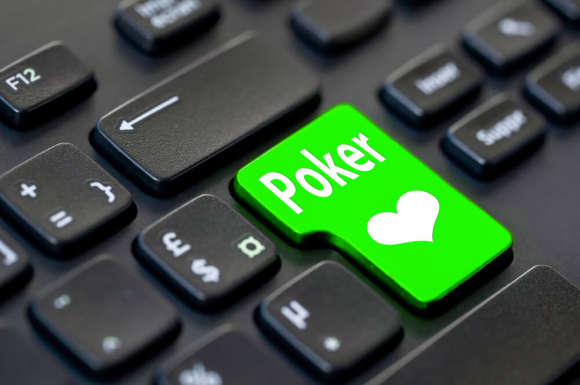 Galfond launched the online poker site to provide poker players with alternatives to well-established brands GGPoker and PokerStars. However, the poker champion did not anticipate how much of an uphill battle it would be to build an online poker brand from the ground up and have it compete against long-standing brands.

Not only did the brand struggle to keep up with the other competitors’ superior software but the more established brands also enjoyed a larger market share that was challenging to penetrate. According to the poker player, newer sites have broken through and gained market share in the vibrant and highly lucrative online poker market.

However, most of the newer sites that have managed do that do so by bypassing regulations, which is something that Galfond was not prepared to do with RIO Poker. This largely helps to explain why Galfond opted to shut down his international operations in favor of setting up shop in the US. According to Galfond, the US poker market is one of the strictest and most competitive in the world, which will give RIO Poker an even playing field as it builds up its customer base slowly.

Galfond took to RIO Poker’s website to explain to customers that he would be shutting down the international operation because traffic on the site had dropped dramatically to its pre-pandemic levels and had therefore become unsustainable. RIO Poker officially closed down its operations at the beginning of the year on January 3rd but players were allowed to keep using the site until its eventual shut down on April 3rd.

It has been Galfond’s longtime goal to debut RIO Poker in the US market and now that Rush Street has purchased the poker platform, Galfond’s dream will finally come true. Previously only available outside the country, with this partnership, RIO will have market access to several jurisdictions including some of the biggest iGaming states in the country such as Michigan, Pennsylvania, and of course, New Jersey.

Under this new partnership, RIO’s software will now be integrated within Rush Street’s platform. Galfond states that he contemplated selling the RIO platform to several investors. However, it settled on Rush Street owing to its already established presence in the US market as well as its value.

Galfond stated in his press release that he was excited to start working alongside Rush Street due to its commitment to integrity and honesty, which are values that haven’t always been respected in the European poker market. Now that Rush Street owns the RIO brand, Galfond is no longer the man in charge. He will, however, continue to serve as an employee of the brand.

Galfond will take on a range of duties and responsibilities with one of his biggest roles serving as brand ambassador. In this capacity, Galfond will communicate with the poker community on behalf of Rush Street and RIO Poker. The celebrated poker champion will also be involved in product features, as well as policymaking.

Galfond is confident that Rush Street is exactly what RIO Poker needed to start dominating the online casino industry in the country. Rush Street has a long history of building online gambling sites from scratch successfully, which will benefit RIO Poker greatly. Case in point, Rush Street introduced PlaySugarHouse in 2016 and the brand has been growing from strength to strength since.

Rush Street is also a well-known brand in brick-and-mortar sports betting as it has multiple casinos in Indiana and Pennsylvania. The brand also controls several online poker platforms. This level of experience and expertise is what Galfond is hoping to leverage as he prepares to help Rush Street and RIO Poker succeed in the country’s market.

When is the RIO site expected to start operating in the US?

Rush Street reportedly acquired RIO Poker for $3.2 million in cash and $2.5 million in stock to acquire the online poker site. Rush Street announced that it would be making the purchase last year when it shared its Q4 report. RIO, which had been operating in Europe between 2019 and 2021 still has not set a date for launching operations in the country.

Galfond shared in a tweet that he and Rush Street planned to round out their offering first in order to adequately prepare a quality product that people could enjoy.  The brand wants to make sure that its software is compliant with all the jurisdictions that which it intends to launch operations in.

The brand is also yet to disclose which jurisdictions it plans to launch in first. Presently, iGaming is only legal in a handful of states namely Nevada, Pennsylvania, Delaware, Michigan, as well as New Jersey. Apart from online casinos, the Rush Street brand is also associated with sports betting.

Rush Street was one of the first entrants in the regulated sports betting market in the country. At present, the brand is live with online, retail, and real money mobile betting in 12 states. Rush Street is available to customers in Pennsylvania, New York, Michigan, Illinois, New Jersey, Iowa, Virginia, Connecticut, Indiana, West Virginia, Colorado, and Arizona.

Even though the ROI Poker site in Europe did not perform as well as Galfond had expected, this new partnership with Rush Street has provided the brand with a new opportunity. Since the legal and regulated iGaming market in the country is still relatively small, RIO Poker will stand a much better chance of success.

And with Rush Street’s support, the brand should have a much easier time fitting in. Galfond is a 3-time WSOP bracelet winner, as well as one of the best-reviewed poker instructors in the world. He launched Run It Once Poker is an online poker training site that later turned into a real money gambling site.