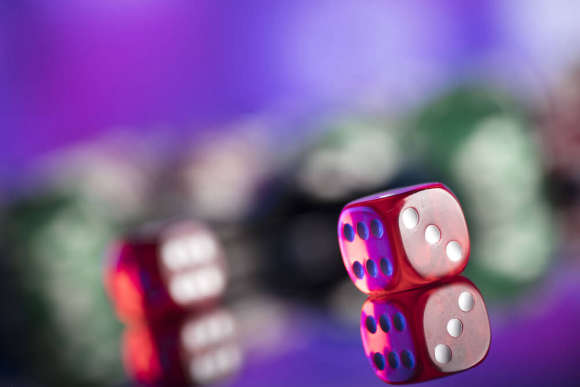 The Pennsylvania gaming industry was on a roll this march as it managed to generate a handle that surpassed the half-a-billion mark once again. This March during the highly anticipated March Madness, Pennsylvania sportsbooks generated approximately $560.3 million in wagers and earned more than $29 million in revenue.

The handle improved by 10% compared to last month’s take while revenue was up by an impressive 79%. Of all the bets placed by punters this March, more than 90% were placed online. The state generated about $10 million in taxes with about $587K of the taxes going to various local organizations.

FanDuel broke its previous record exceeding the $200 million mark for handle in a single month. FanDuel managed to generate an impressive $202.8 million thus leading the pack in terms of revenue and handle. Through its partnership with Valley Forge Casino, FanDuel attracted at least 40% of all the wagers placed in March.

Interactive table games, on the other hand, generated gross revenue of $28.9 million, a 16.9% upsurge compared to the previous month’s $24.7 million. Online poker saw the only authorized poker operator in the state,  Mount Airy in conjunction with PokerStars, generate a total of $2.4 million in rake and tournament fees.

Just how impactful was March Madness for Pennsylvania?

March Madness played a major role in these impressive numbers although it is still unclear just how much of an impact the sporting event had. Save for the Super Bowl, February was a relatively slow month in terms of sports betting activity. As such, NBA fans and bettors were looking forward to March Madness with bated breath.

During March Madness, the Baylor vs. Gonzaga was the biggest non-football event to be wagered on. It was also the 10th biggest event on the book of all time, trailing the 2021 CFB National Championship. As you can expect, the National Championship became the most wagered game of the entire NCAA Tournament.

As a result, almost all sportsbooks in the state saw increases in their monthly handle. For instance, Valley Forge Casino in King of Prussia led the pack in total handle. FanDuel followed closely recording $205.9 million in March, a 14.5% boost compared to the previous month’s $179.2 million. The Meadows and its partner DraftKings in Pittsburg generated $118.4 million in handle, a small increase from the $113.2 million it posted in February.

Hollywood Casino and its partner Barstool Sports realized a handle of $65.2 million and were the only sportsbooks in the group to see a drop in revenue. The Rivers casinos in Philadelphia and Pittsburgh alongside its BetRivers partner collected approximately $55 million in total sports handle, which was an increase of about $7 million compared to February.

The Meadowlands Racetrack trailed behind with $20.9 million while Lady Luck CASINO IN Fayette County generated revenue totals of approximately 2 million during March Madness. Live! Casino Pittsburgh, which is one of the newest casinos on the block, brought in an estimated $8.4 million; $88,820 of which came from retail sportsbooks.

Will Pennsylvania be the next gambling capital of the country?

With these numbers, Pennsylvania is easily the 2nd largest gaming market in the country, second only to Nevada. Outside of Nevada, no other state generates more revenue from gambling compared to Pennsylvania and this situation will likely persist long into the future.

The pandemic has all but shattered the brick and mortar casino industry in the state.  And even though retail casinos have continually recorded losses since the advent of the pandemic, iGaming has managed to come out on top. Once confined to retail casinos, residents in the state now choose online gambling as their go-to, whether they are looking to wager with slots or with sports betting.

As Pennsylvania welcomes more sportsbook operators, its market could soon grow to become larger and more lucrative than established sports betting markets in New Jersey or Nevada. When you compare the sports betting market in the country overall, it is easy to see that Pennsylvania has the largest dedicated audience; that’s why it collects more revenue compared to any other state.

Retail casino operators in the state remain hopeful that eased restrictions will help to generate more business. At the start of the month, the governor loosened a few restrictions that had been in place for months as a result of the pandemic. Under the new regulations, restaurants are now allowed to offer bar service while the 11 pm curfew was lifted.

Indoor dining capacity has also been increased to 75%, which will allow tourists to make their way slowly into the city gates. The state’s 14 land-based casinos will now be ready to welcome any welcoming guests in light of these new regulations.

Even though the gaming industry in Pennsylvania has been performing extremely well in the wake of the pandemic, it still has a long way to go. 2 new casinos from Penn National Gaming are expected to launch in the state while 4 more satellites casinos are still in the works. It is also expected that Hollywood Morgantown and York will open doors late this year.

Parx is also opening a satellite casino in Shippensburg while Bally’s intends to open a venue in State College. Satellite casinos were given the green light to launch operations under Pennsylvania’s gaming expansion act that was passed in 2017 by Governor Wolf.  The first satellite casino to open was Live! Pittsburgh. Every satellite casino in the city is allowed to house as many as 750 slot machines, as well as 30 table games.