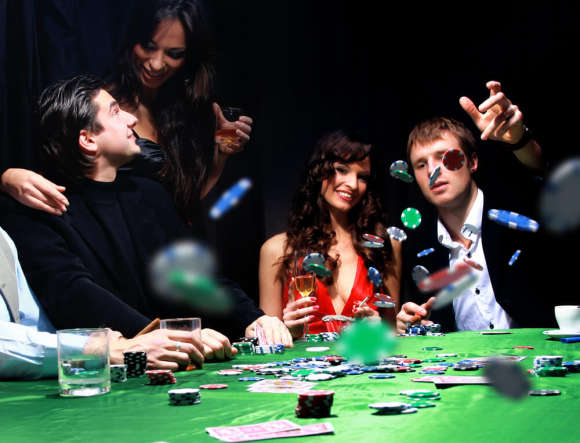 Pennsylvania Casinos Can Return to 100% Capacity on Memorial Day

Pennsylvania Casinos Can Return to 100% Capacity on Memorial Day

For the first time since the advent of the pandemic, casinos in Pennsylvania are finally going to go back to operating at pre-pandemic levels on Memorial day. State casinos received this go-ahead from Gov. Tom Wolf’s (D) office, which will set the state on the long road to economic recovery. Pennsylvania boasts a total of 14 brick and mortar casinos with 4 more expected to launch in the next coming months.

The 4 new casinos that are yet to launch will be satellite casinos capable of housing at least 750 slot machines and close to 30 table games.  Penn National, which is the oldest operator in the state, is expected to have a total of 3 gaming venues once its satellite branches in York and Morgantown are launched later on in the year. Devoid of capacity limits, casinos in the state will no longer be required to maintain any social distancing. Until Memorial Day, casinos will maintain the 75% operating capacity.

Although the social distancing barriers and Plexiglas separators will no longer be required, guests and employees will still be mandated to have protective face masks on for the foreseeable future. The temporary ban on indoor smoking will also still be in effect. According to reports received from the governor’s office, face masks will only be removed when at least 70% of adults in the state get fully vaccinated.

How will this benefit brick and mortar casinos in Pennsylvania?

Pennsylvania’s gaming industry appears to be on the mend as brick and mortar casinos prepare to resume operations unrestricted. Pennsylvania’s gaming industry is the second most successful only behind Nevada and the progress can primarily be attributed to the thriving iGaming market, which has exploded in the last year or so in the pandemic. In 2020, while other industries were struggling to make ends meet, iGaming in Pennsylvania managed to generate $565.7 million in gross gaming revenue.

This number is expected to get even higher this year as the vaccination process continues to unfold across the rest of the country. The gaming industry was shattered last year when Governor Wolf announced the closure of all land based casinos and other non-essential businesses. The gradual reopening did not start until June and the damage had already been done.

With the lifted capacity restrictions, the state’s casinos are hoping to start seeing a rise in guest arrivals. As retail casino gaming prepares to make its comeback in the state, the focus now will start shifting from recovery to growth while finding innovative ways to keep customers interested and engaged. This is the only way that casinos will increase their ROI and enhance their guest experiences.

And it’s not just casinos that will be allowed to run at 100% capacity. Bars and restaurants in the state will also return to normal on Memorial Day, which is scheduled for May 31st.  The only 2 casinos in the state that might not resume operations by May 31st are the Rivers Casino and Live! Casinos, which are under the jurisdiction of the city’s health commissioner. If the commissioner does not give his approval, these 2 city casinos might not be allowed to operate at full capacity by Memorial Day.

Casinos all across the country are resurging in popularity

Apart from Pennsylvania, several other states have also given approval for their casinos to operate at full efficiency, which of course has helped boost the gaming revenue considerably. Most casinos in Nevada have already received the go ahead from the Nevada Gaming Control Commission and many are starting to rebound as the Strip continues to welcome an influx of visitors.

4 out of 6 casinos in Maryland are also back to normal operations while the Garden State is expected to ease its restrictions any day now on May 19th.  The changes that are occurring in these states as well as many others to come are a sign that the country is starting to go back to order.

Overall monthly revenue for March 2021 totaled $403 million, an increase of 162% compared to the same period last year, when the pandemic was at its height. When Q1 revenue results are combined, it demonstrates that the state topped $1 billion in revenue in a single yearly quarter for the first time, and most of this progress can be attributed to iGaming.

Online casino gaming almost hit the $100 million mark with $97.7 million generated. Within iGaming, slots stood as the largest revenue source for the state, managing to generate approximately $66.4 million. Table games were also not left behind with a record breaking $31 million in bets collected.

Throughout the month of March, Penn National remained the dominant force in iGaming, boasting more than half the share of the market. Rivers Casino followed closely behind as it narrowed down the gap between Penn’s lead. On the other hand, online sports betting revenue doubled to reach $26 million owing to the NCAA March Madness tournament which has been missing in action since it was cancelled last year alongside most of the world’s sports.

Sports betting revenue from brick and mortar casinos only totaled a paltry $3.4 million. However, now that PA casinos have been given the nod to return to 100% capacity on Memorial Day, this number should start to improve moving forward.

Casinos in the country have anxiously been waiting for the permission to take their properties back to 100% efficiency. Some in New York, New Jersey, Atlantic City and Nevada are already operating without any restrictions. Now that Pennsylvania has added its name to the list of casinos operating unrestricted, the future has never looked brighter for retail casinos in the state.