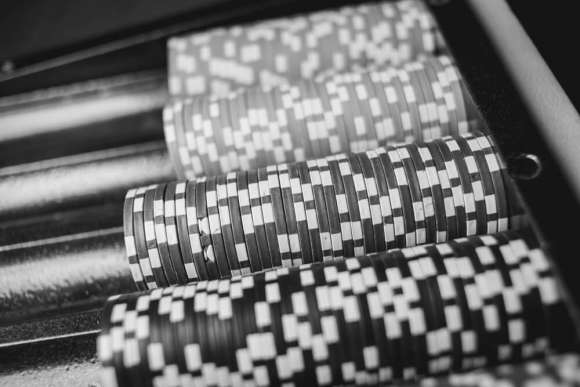 Partypoker Banning Players on Its Online Blacklist From Live Tournaments, As Well

Partypoker Banning Players on Its Online Blacklist From Live Tournaments, As Well

The last few months among poker enthusiasts have been characterized by conversations around online poker cheating and the effects on the poker world. Based on the stories going round, it is possible that the cheating trend could spill over into the world of live tournaments. Federal courts in the United States have heaps of court cases related to poker cheating waiting to be resolved.

It is interesting that the reporters as well as the perpetrators of these cases are well-known poker players. This brings up a very crucial matter in the topic of online poker –what should be categorized as cheating in a game of poker? Right now the direction of discussion on the subject of cheating in poker is focused on handling of live events.

Sometimes the strategy employed in cheating is too sophisticated to pinpoint. By the time such incidents are identified, it is often too late to take any meaningful action. It is therefore important to have a system that addresses the present and future of a cheating player. That way, the number of players willing to test the cheat-detection systems for vigilance will be drastically reduced.

A little over a week ago the head of game integrity at PartyPoker, Juha Pasanen, announced that the management of the casino has come up with a new policy to discourage cheating among poker players. In his announcement, Pasanen revealed that any poker player that would be banned form PartyPoker for cheating will not be allowed to participate in PartyPoker live tournaments: PPC, MILLIONS, and Grand Prix Tours.

Choosing to communicate the company’s position through a blog post on the brand’s website, Pasanen emphasized on the organization’s philosophy for recreating the thrill of a live poker experience for those who take on gaming over the internet. In the same way, he spoke with deep emotion against being able to deliver on this promise if some of the players were not honest. His remarks expressed sympathy for honest players who sat amongst frauds because they could never win if the system was unfair to them.

Pasanen was evidently encouraged by those players who took it upon themselves to report any irregularities taking place at the poker tables. According to the PartyPoker executive, it is such brave players that help the management of casino brands to reinstate integrity into the gambling industry. Within the PartyPoker workforce is a team that detects malpractice in the gambling systems. However sophisticated their detection system is, Pasanen admits that they still require help from players who are actually participants in these games.

It is important that all casino players are made aware of the value of their contribution in growing the industry. Even when a potential issue appears trivial, Pasanen still encourages players to report it to the Gaming integrity team for investigation. With the tiny bits of information gathered from willing reporters, investigative teams are better equipped to build a more concrete picture of the players or groups being investigated.

In a blog post that had been posted on the PartyPoker website while back, Pasanen had proposed the creation of a universal blacklist that would contain a list of players banned from every casino around the globe. By virtue of a name appearing on one this master list, a player would be rendered ineligible to take part in any tournaments taking place in another but party casino to the combined effort. This way, a player need not have done something wrong at a casino to be banned from playing there; they misconduct in another is enough testimony to warrant the blacklist.

Even though a universal ban seems like a practical idea that would deal with cheating in casinos, a lot of groundwork must be laid first before it can be implemented. The tricky bit is in getting all the party casinos to subscribe to a universal code that standardizes acts of cheating. Every casino that exists as a business entity anywhere in the world is governed by a unique set of rules and regulations. The bulk of the exercise would be in discussing what should be considered a ban-worthy malpractice.

Pasanen believes that collusion and Real-time assistance (RTA) are acts of cheating that many casinos will automatically ban. Activities such as buttoning and bum-hunting are against site rules in most cases but may not step up to the level where a player needs to be banned. Sites must therefore create a common reference document for terms of engagement with their customers.

On the issue of free-riding or freeloading as it is often referred to, Pasanen appreciates the fact that different poker rooms have a high level of gaming integrity compared to others. In the cases where integrity is low, the most likely scenario would be that some sites would just relax and wait for the universal blacklist to use as their operations handbook.

As of now, PartyPoker is doing the best it can to keep cheaters of their various platforms. Without proper systems it is impossible for the operator to dictate rules on other service providers. If you get banned from the PartyPoker platform because you cheated, do not even think about taking part in the casino’s other events because your identity will have been banned across board.

Cheating is synonymous to stealing because an undeserving player gets undue advantage in a game and the prize that should have been won by a deserving layer falls into the hands of another player. Experienced players often come to a game equipped with refined strategy and hours of practice. It is therefore very unfair for such players to miss the prize because another player who did not even put in half as much work won the prize. This is the backdrop on which PartyPoker is acting upon. By applying a general ban, the provider prevents player that had bad intentions to contest against honest participants.