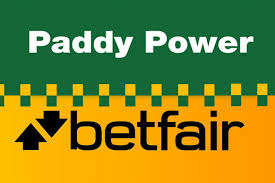 The owner of Paddy Power Betfair has made a $6 million share deal in a decision to buy the company behind Poker Stars. The deal will create the world’s largest online betting and gambling company by revenue in a bid to take advantage of the US market. The companies’ combined revenue totals 3.8 billion pounds.

Flutter Entertainment, once known as Paddy Power Betfair, announced on Wednesday that it will go into business with Canadian Star Inc (TSG), the owner of Poker Stars. Star Inc is listed in the American Nasdaq stock exchange which will give more opportunity for the group to go international. US-listed shares of the company were boosted by 50% in premarket trading following the announcement of the deal, with shares in Flutter Entertainment increasing by 20%. Stars’ shares increased by 30% at the opening in Toronto. It is thought that the merger will help tackle the growing number of gamblers in the US who are now taking part in online gambling following a relaxation on sports gambling laws. Star is six times larger than Flutter in markets outside of Europe, Australia and the US, which will greatly benefit the two.

Gary McGann, chair of Flutter Entertainment told Gaming Intelligence “This is an exciting and transformational combination that will bring together two strong, complementary businesses to create a global leader in the fast-growing online sports betting and gaming industry.

“Under Peter Jackson’s leadership, we will bring together a management team with the experience required to ensure successful integration of the businesses, with minimal disruption, during a time of unprecedented change in the sector. The combined group will be a strong voice in the promotion of responsible gaming worldwide and will lead industry standards on the protection of customers, whilst building sustainable relationships with them.”

It comes at a time when the global online gambling market is expected to be worth $95B by 2024. The company was formed in 2016 when bookmaker Paddy Power and online business Betfair merged. It is now worth around £6bn and has been focusing more on the North American market while British, Irish and Australian tax rates continue to rise.