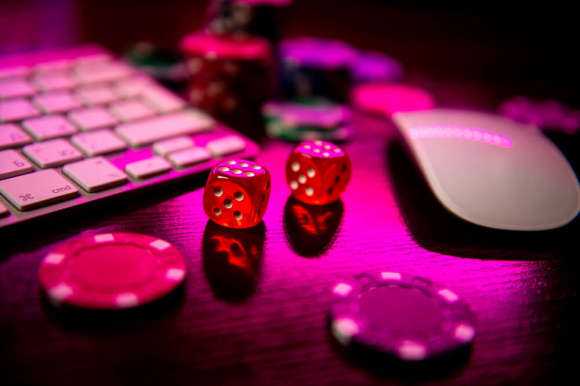 Online casinos have never been bigger. With much of the world switching to online fun in recent months, it stands to reason that virtual Vegas is seeing a boom. But how big are we talking, and what are some of the biggest winners in this recent explosion?

Online casino growth has exploded in recent times thanks in part to convenience. It’s never been easier to pick up a smartphone, download apps, and start playing a few slots or table games!

For example, the new legal casino and sportsbook LV Bet is one of the fastest-growing establishments on the web. Let’s take a look at this side of casino gaming in a bit closer detail.

It’s certainly not just casinos making back. In recent months, a handful of players from around the world have made their life’s fortunes just by chance! That’s the dream when playing at any casino, of course.

Rawiri Pou is one man who found himself sitting on a slots fortune - to a record extent. Playing the popular game Mega Moolah, Pou took away an equivalent of $7.4 million from a jackpot. Not bad for a few taps of a screen!

An anonymous player in Norway, too, stumbled upon a big, surprise win. He claimed an even bigger prize - the equivalent of $13.3 million - just by chance.

You really do have to be ‘in it to win it’. Those who love casino games stick by the adage that ‘someone has to win’! That’s why, largely, there are more and more people heading to sites such as LV BET. Here, it’s easier than you think to go away with a jackpot off minimal investment.

Of course, it’s safe to say that casinos are coming off well, too. In recent years, Golden Nugget claimed up to $9.6 million in just one month of revenue. That was a 50% increase in trade year on year. They’ve since made a staggering $31.7 million in March 2021 alone!

However, sticking to New Jersey, it’s the Borgata Hotel Casino that holds all the cards. They witnessed revenue of $36.1 million in the same period as above. That’s almost a 200% revenue boost year on year.

So - what’s driving this thirst? While online casinos already saw interest spiking in recent years, people have stayed at home a lot this past year. That, arguably, is exacerbating visits to online games and jackpot slots.

After all, with traditional casinos closing temporarily, how else are we getting our gaming fixes? It’s amazingly convenient to pick up a phone and start playing. Plus, prizes are growing in size all the time.

The figures above are solely from New Jersey, where a large epicentre of online gaming takes place. Global figures - territory to territory - are likely to show a similar trend.

Will Online Casinos Continue to Grow?

It’s very likely. Big financial boosts to online casino revenue may mean we expect more investment in gaming features. Could we see full virtual reality casino gaming arrive sooner than we think? Prizes will increase in size - and so will the fun. Keep your eye on LV Bet to learn more!